Gusty winds in Indiana are being blamed for a series of crashes on an interstate that closed the busy road for hours.

One multi-vehicle crash was in the northbound lanes of Interstate 65, about 91 miles northwest of Indianapolis, the Indiana State Police said in a news release.

According to a preliminary investigation, several semi-trucks were traveling in the northbound lanes when "a strong gust of wind blew across the interstate from the west," causing one trailer to "become airborne" and strike another truck in the right lane, said Sgt. Glen Fifield.

"Both drivers then lost control of their vehicles, with one striking the median guardrail before hitting the concrete bridge abutment," Fifield noted. "The cab of the truck then separated from the frame." 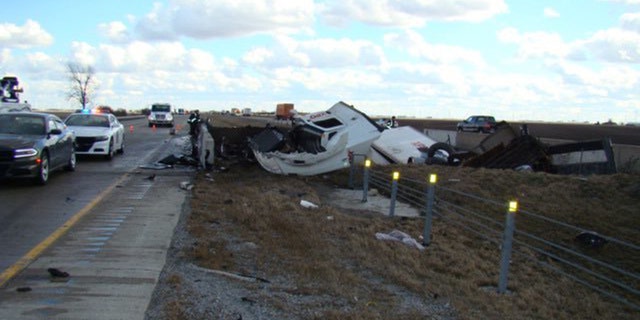 Gusty winds sent a trailer "airborne" on Tuesday, causing a series of crashes on Interstate 65 in Indiana. (Indiana State Police)

The first truck ended up crashing into a creek as the cab came to a stop on its side in the median. The second truck involved wound up in a nearby ditch.

Images released by police showed the extent of the damage. 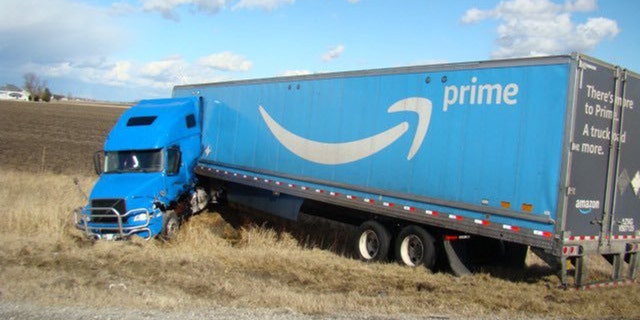 One of the trucks ended up in a ditch after the crash. (Indiana State Police)

"Both drivers were transported from the scene with non-life-threatening injuries," Fifield said.

At the same time, a second crash was reported a mile away involving two semi-trucks and a box truck when one of the vehicles slowed down. 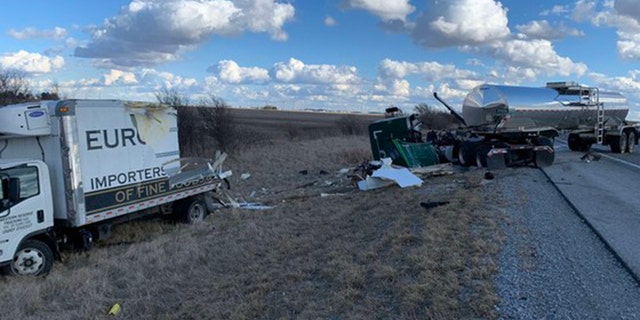 A second crash was reported a mile down the interstate shortly after the initial crash. (Indiana State Police)

State police said the box truck was rear-ended by the tanker-truck and pushed into another semi. 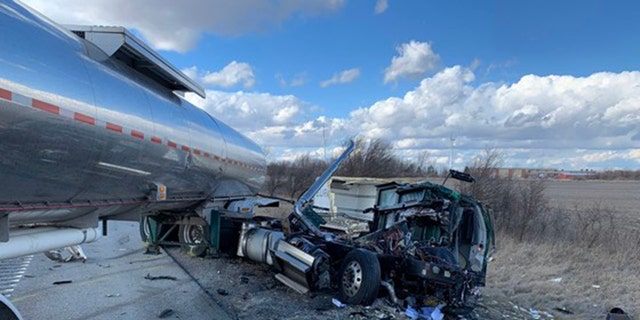 The highway was closed for several hours after the crash. (Indiana State Police)

The roadway was closed for several hours after both crashes, according to the police.