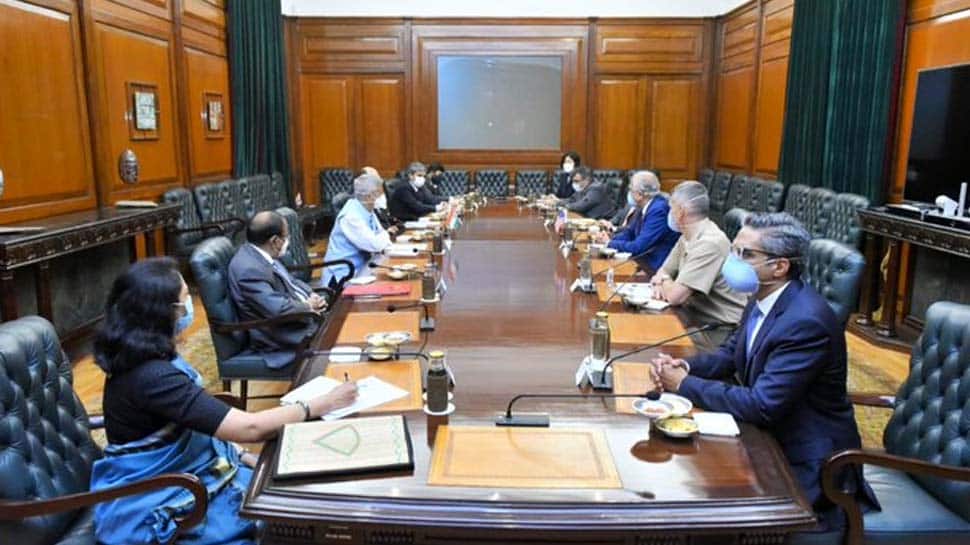 New Delhi: Even as intra-Afghan talks, between Afghanistan government and Taliban, began in Qatar's Doha, India and the US have agreed that the Afghan peace process should lead to a "political roadmap and ceasefire". This was stated by the US embassy on US Special Envoy for Afghanistan Zalmay Khalilzad's one day visit to India.

The US readout of the meet said, "The Afghan sides should ensure their territory must not be used by any terrorist group against any other country." This is a point also raised by the EAM during his speech at the talks on September 12 which he addressed virtually. According to a UN report, 6,000-6,500 Pakistani terrorists are based in Pakistan.

Khalilzad "stressed regional and international support is critical for the success of these negotiations and the implementation of any agreement" and "India and the United States will work together in support of this objective".

Glad to receive Amb. Zalmay Khalilzad @US4AfghanPeace this evening. Useful discussions on the Doha Meeting and its follow-up. pic.twitter.com/ClmuSOg4aw

The US readout further added both sides have "similar views on the importance of long term assistance, trade, and investment for consolidating a peace agreement for the benefit of the people of Afghanistan, the region, and beyond." India has played an important role in connectivity when it comes to Afghanistan via the Chabahar port in Iran and the India Afghanistan air corridor. It has also emerged as an important developmental partner of the country.

Meanwhile, Indian govt sources said, "Khalilzad appreciated India’s participation in the Intra-Afghan Negotiations.." and "briefed about the US assessment the talks and shared the US perspective on the Afghan peace process." Both sides while discussing "future steps and possible cooperation between India and the US in furthering the Afghan peace process" also "deliberated upon how to promote regional and international cooperation with regard to Afghanistan".

Khalilzad had visited India on May 7 and this is his fifth visit to India since January 2019.