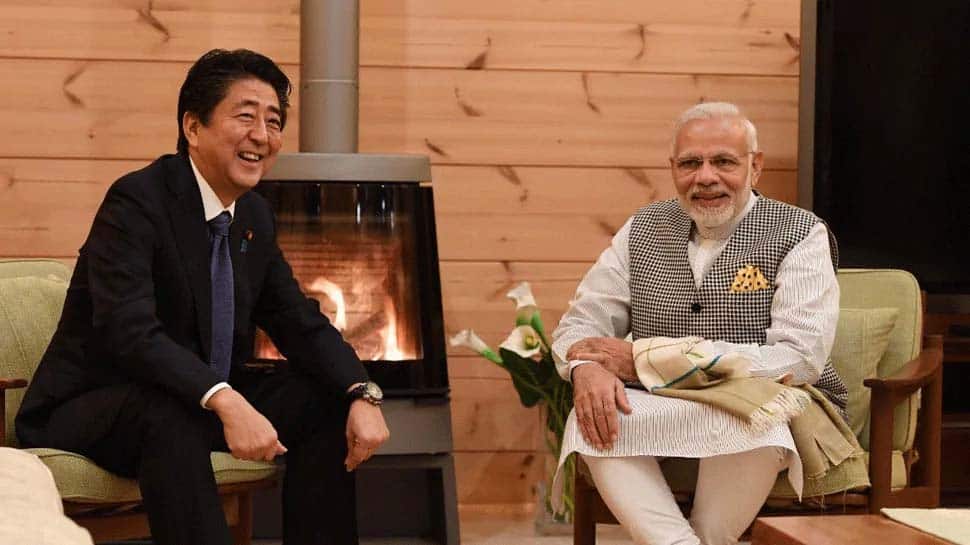 India and Japan on Thursday signed a key defence pact and concurred that the agreement will contribute to peace and security in the Indo-Pacific region. Prime Minister Narendra Modi held a telephone conversation with his Japanese counterpart Abe Shinzo where the leaders reaffirmed their mutual trust and friendship. They also recalled their shared experiences during visits to each other's countries.

An official statement said that the two leaders welcomed the signing of the Agreement on Reciprocal Provision of Supplies and Services between the Indian Armed Forces and the Self-Defense Forces of Japan.

"The two leaders welcomed the signing of the Agreement on Reciprocal Provision of Supplies and Services between the Indian Armed Forces and the Self-Defense Forces of Japan. They concurred that the Agreement will further enhance the depth of defence cooperation between the two countries and contribute to peace and security in the Indo-Pacific region," read the statement.

PM Modi expressed his gratitude to Abe for his personal commitment and leadership in greatly strengthening the relationship between the two countries.

The two leaders reviewed the status of ongoing cooperation, including the Mumbai-Ahmedabad High-Speed Rail (MAHSR) project, under the framework of the India-Japan Special Strategic & Global Partnership. They agreed that the strong and enduring partnership between the two countries will play a critical role in charting the course for the global community in the post-COVID world.

They also expressed appreciation for the support provided to resident citizens in each other’s countries during the COVID-19 pandemic and agreed that such efforts must be continued to sustain the strong people-to-people ties between the two countries.

PM Modi and Abe expressed confidence that the strong momentum attained by the India-Japan partnership in the last few years will continue unabated in the future. Prime Minister Modi conveyed his intention to work closely with the new government of Japan and wished Prime Minister Abe the very best for the future.