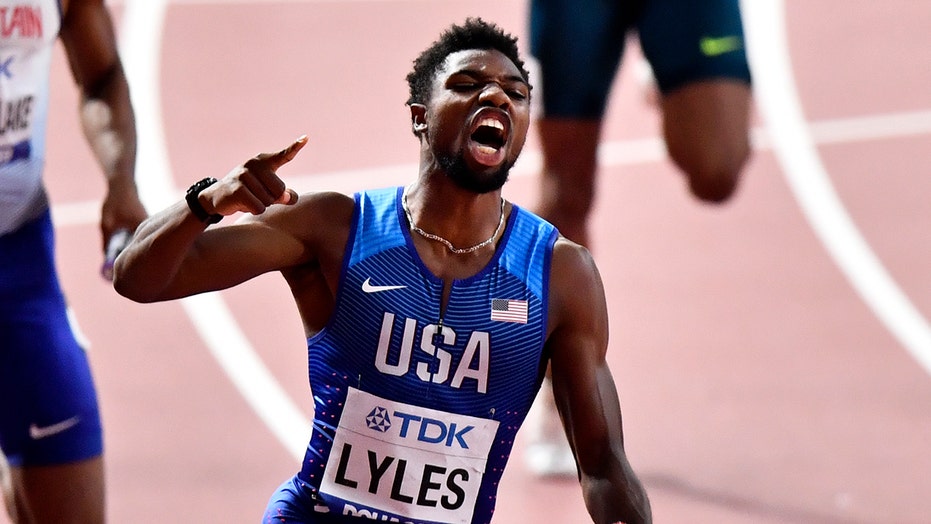 The typical day for Noah Lyles now looks something like this:

Drive to park. Unload weights from truck. Sprint on grassy field. Lift. And, every now and then, head home and take a doping test.

The world-champion sprinter is one of 15 American athletes who have volunteered to conduct in-home drug tests on themselves as part of a pilot program being run by the U.S. Anti-Doping Agency. With anti-doping collections severely curtailed across the globe because of the coronavirus pandemic, USADA is looking at new options, in this case by asking a group of leading Americans to give urine and small dried blood samples at home.

Athletes are still required to fill out their whereabouts forms, and under this program, a doping control officer will connect with an athlete via Zoom or FaceTime during a prescribed window.

Athletes receive test kits at home and head into their bathroom to give urine samples while leaving their laptops outside the room. Under normal circumstances, the officer would come to the house (or wherever the athlete was at the time) and stand outside the bathroom. In this case, the officer looks on via the camera while the athletes are timed and their temperatures are monitored to ensure they are giving the samples in real time.

The blood test uses a new technology — dry blood sampling — in which athletes prick their arms and small droplets of blood funnel into a container. Athletes are then responsible for packaging the samples and sending them back to testing labs.

USADA CEO Travis Tygart says the program gives clean athletes a chance to prove they have remained clean during a time in which anti-doping regulators are having a difficult time reaching the numbers of athletes they normally would. It's an issue that will make the return to play — the Olympics are rescheduled for 2021 but other events are expected to come back sooner — that much more difficult to navigate.

“It was going to unnecessarily create a question when those athletes went to Tokyo and won, where people would say, ‘You won but you weren’t tested,' during the pandemic," Tygart said. “How unfair is it for athletes who will be in those circumstances?”

USADA hasn't been shy about these sort of test programs in the past. In 2008, it launched a pilot project that involved testing the efficacy of biological passports — which allows authorities to track athletes' blood over time for abnormal changes — the likes of which are in common use today.

Tygart concedes the new system is far from perfect or ideal. In short, it depends on athletes to do the right thing in an industry that has been rife with cheating and manipulation for decades.

“The people who play clean want to be true heroes and role models,” Tygart said. “We also know there are some bad folks out there who will attempt to exploit it. … For the good of the athletes, anti-doping has to reinvent itself in times like these to stay relevant.”

Lyles recalled the days not long ago when he started winning junior competitions and kept waiting for a doping-control officer to show up after the race.

“I kept thinking, when am I going to get my first drug test, I keep winning gold?” he said.

Now, drug tests are part of his routine — even if the routine is changing in ways nobody could have imagined a few months ago.

“You do your part to show you’re clean, and you get to the state where it’s, ‘I’m clean, come test me,'” Lyles said.

Coronavirus: Now get a Dubai move permit once in 3 days

Coronavirus: Now get a Dubai move permit once in 3 days