In another century, another pandemic ended Stanley Cup final

In another century, another pandemic ended Stanley Cup finalclose 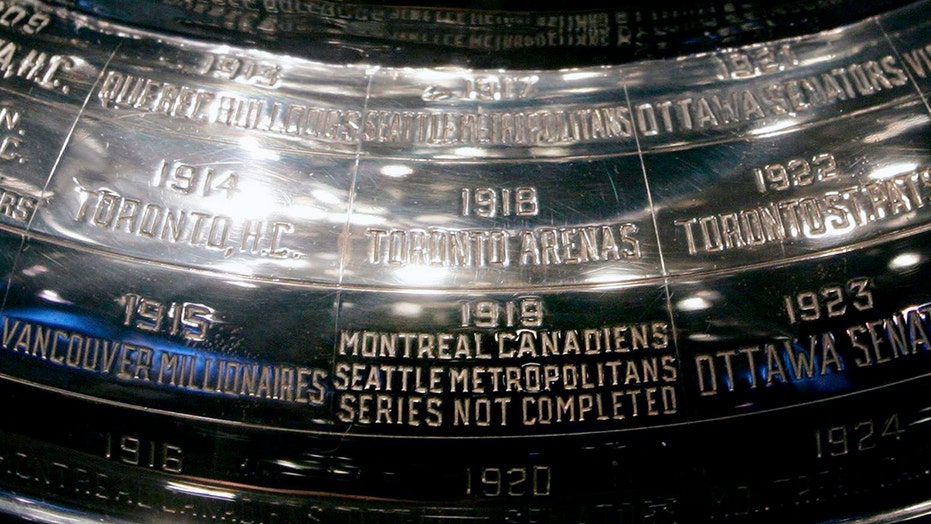 Odie Cleghorn’s goal for the Montreal Canadiens early in the third period of Game 5 sparked a rally that ensured there would be no celebration that day — or ever. The 1919 series took a grim turn from there.

Instead of ending with a title for Seattle, or with an epic comeback by Montreal, the series became known for being canceled during the Spanish flu pandemic that sickened several players and eventually killed Montreal’s Joe Hall. Some are drawing parallels to what’s happening today with the COVID-19 pandemic and the uncertain future for the NHL's current season.

“(A few) weeks ago, I didn't think that would ever happen again. It was just such a quirky little footnote in history, and it was a funny little story, and 'I can't believe this happened,'" said author Kevin Ticen, who has chronicled the Metropolitans, including in a book, “When It Mattered Most,” about the 1917 season. “And now we're sitting here and history has repeated itself. I mean, to me it's exactly the same.”

The abandoned 1919 finals were just one of two instances since 1893 where the championship trophy was not awarded. The matchup between the champions of the NHL (Canadiens) and the Pacific Coast Hockey Association (Metropolitans) was called off with the series tied. The only other time no champion was crowned was when the 2005 lockout wiped out the entire NHL season.

The coronavirus pandemic that has brought sports to a standstill worldwide has ignited a debate about whether 2020 will be another year when the title isn't decided.

The 1919 series was a clash that featured eight future Hall of Famers — five for Montreal and three for Seattle. It was supposed to be a best-of-five — with games alternately being played under PCHA rules and NHL rules — but an extra game was added after Game 4 ended in a 0-0 double-overtime tie. Seattle sports writer Royal Brougham wrote about the tie game at the time, saying: “They may play hockey for the next 1,000 years, but they’ll never stage a greater struggle then last night’s.”

But it was Game 5 that stands out in retrospect. Seattle led 3-0 after Jack Walker scored his second of the game in the second period.

Montreal’s rally started with Cleghorn’s goal early in the third period. Newsy Lalonde then scored twice more, the second at 17:05 of the third period to pull even. Jack McDonald scored the game-winner in overtime for the Canadiens.

“The Metropolitans just completely ran out of gas,” Ticen said, noting Hall of Famer Frank Foyston was injured, Cully Wilson collapsed with exhaustion in overtime and Walker had to leave with a broken skate. “In doing research over the ‘16 and ‘17 season, they always won late. … They always won late and that was the first game that they imploded.”

Unknown that night, the flu was beginning to spread even as the players began looking ahead to Game 6 on April 1.

Five Montreal players and coach George Kennedy came down with the flu, registering fevers of 101 or higher, after Game 5. The Canadiens tried to bring in players from the team in Victoria, British Columbia, but the request was denied. Ultimately, Montreal attempted to forfeit the title to Seattle but the Metropolitans and PCHA wouldn’t accept. Hall died from the flu four days after the series was canceled.

“My mom talked about it. I remember her saying there was no Cup one year,” said Beverly Parsons, niece of Frank and Lester Patrick, who were the founders of the PCHA. “She said because Uncle Frank would not accept a Cup on a default, and they were defaulting because so many of the Montreal players had the flu. She said there's no way Uncle Frank would do that. He didn't want a Cup on a default.”

How and why the Spanish flu re-emerged in the area at that point is unclear. The Spanish flu, which may have actually started in Kansas, claimed tens of millions of lives during its three-year carnage. It was at its worst in the Seattle area late in 1918, to the point where the city essentially shut down in a similar fashion to today with the current response to the coronavirus.

Ticen said one theory is that the Canadiens, who were in Vancouver for several days before making the trip to Seattle to begin the series, may have contracted the flu from a Canadian military regiment that had just returned after World War I. It just took several days for the symptoms to show.

Whatever the reason, that finals series is a major footnote in hockey history that has suddenly become relevant again.

“It's just wild,” Ticen said. “I don't have another word to explain it.”

Australia begins testing 2 potential coronavirus vaccines, including one from US