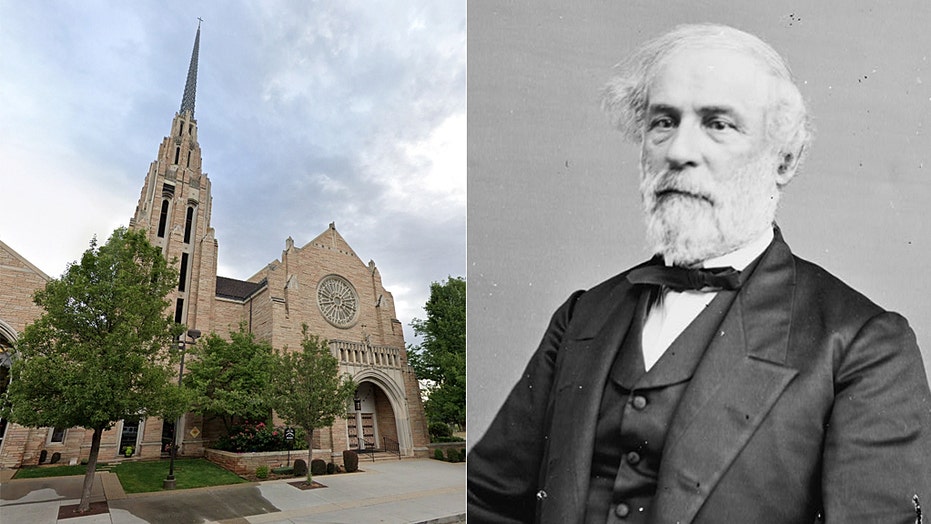 One of the largest churches in Boise, Idaho, apologized for participating in "white supremacy" and announced it is removing the likeness of Confederate Gen. Robert E. Lee from a stained-glass window.

In a statement, the pastors and staff at the Cathedral of the Rockies began by "acknowledging our own sin with a stained glass window," which also features presidents George Washington and Abraham Lincoln.

"The recent deaths of George Floyd, Ahmaud Arbery, and Breonna Taylor brought long-overdue urgency to our discernment process," the church board wrote in a statement to members. "We are reminded of our privilege. We have waited too long." 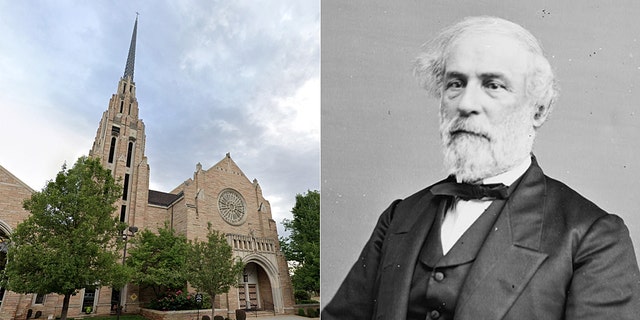 The Cathedral of the Rockies, a United Methodist church in Boise, Idaho, apologized for participating in "white supremacy" and announced it will remove Confederate General Robert E. Lee from a stained-glass window in the sanctuary. (Google Maps/Library of Congress)

"After considerable prayer and deliberation, your Cathedral of the Rockies Church Board has voted to immediately modify the window and remove this divisive and hurtful image," church leadership added. "Symbols of white supremacy do not belong in our sacred space."

The Rev. Duane Anders, the Cathedral's senior pastor, told The Christian Post that the Lee image, installed in 1960, was "a nod to inclusion for the southerners who had moved to Boise."

He said the United Methodist Church cathedral is removing Lee and replacing him with "a yet to be determined person of color."

The church shared a letter from the Rev. Robert W. Lee IV commending the action.

"As a descendant of Confederate General Robert E. Lee I want to tell you I was heartened to see the story of your decision to re-imagine your worship space for a better Kingdom," he wrote. "As a person who was baptized as a baby in the United Methodist Church and attended Duke University Divinity School, I was convicted that you are following your baptismal covenant to reject evil, injustice and oppression in whatever forms they present themselves."

The congregation has a "Black Lives Matter" banner outside the sanctuary that reads "We repent for our participation in white supremacy."

It plans to hold a "worship service of repentance" on June 21 and invites the community to join in the staff-led small group studying the book "White Fragility."

Flood threat for Southeast, snow for northern Rockies as critical fire weather persists over the Southwest

Flood threat for Southeast, snow for northern Rockies as critical fire weather persists over the Southwest