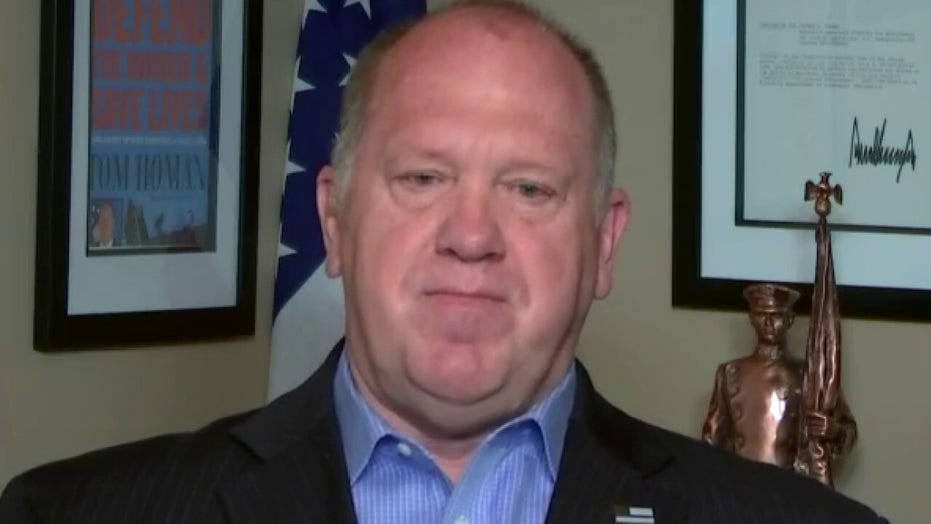 Judges across the country are ordering ICE to release hundreds of immigrant detainees because of COVID-19; reaction from Fox News contributor and retired ICE Director Tom Homan.

A group of 10 federal immigration detainees on Friday caused around $25,000 in damage to a detention center after refusing to be tested for the novel coronavirus, the sheriff’s office said.

The detainees, who had reported multiple symptoms of COVID-19, were being held at the C. Carlos Carreiro Immigration Detention Center in Dartmouth, Mass. When they were told they had to be tested, they violently rushed Sheriff Thomas M. Hodgson and corrections officers, according to a news from the Bristol County sheriff.

The detainees then barricaded themselves inside the facility, ripped washing machines and pipes off the wall, broke windows, and "'trashed the entire unit." A special response team restrained the detainees, the department said.

No staff injuries were reported. One detainee was hospitalized with "symptoms of a panic attack," another was hospitalized due to a preexisting condition and a third "for a medical incident after being removed from the ICE wing." All three are expected "to be fine," the sheriff's department said.

In a Saturday statement, Todd Lyons, the acting field office director of Enforcement and Removal Operations for ICE, commended the sheriff's office staff "who responded rapidly and professionally to de-escalate a volatile situation, limiting injuries and further damage to the facility and restoring order."

Ivan Espinoza-Madrigal, the executive director of Lawyers for Civil Rights in Boston, which has filed suit on behalf of the detainees, alleged that correctional officers were attempting to move detainees from one part of the facility to the medical wing.

"'These individuals were justifiably concerned that doing so would dangerously expose them to risk of infection given the cross-contamination with many different individuals from all over the facility who come and go from the medical unit and with many shared surfaces," he said in a statement.

On Monday, he called allegations that he threw a detainee to the ground and pepper-sprayed him “ridiculous” and “absurd.”