ICE chief: It will take 140 years to clear ‘backlog’ of illegal immigrants after US-Mexico border surge

ICE chief: It will take 140 years to clear 'backlog' of illegal immigrants after US-Mexico border surgeclose 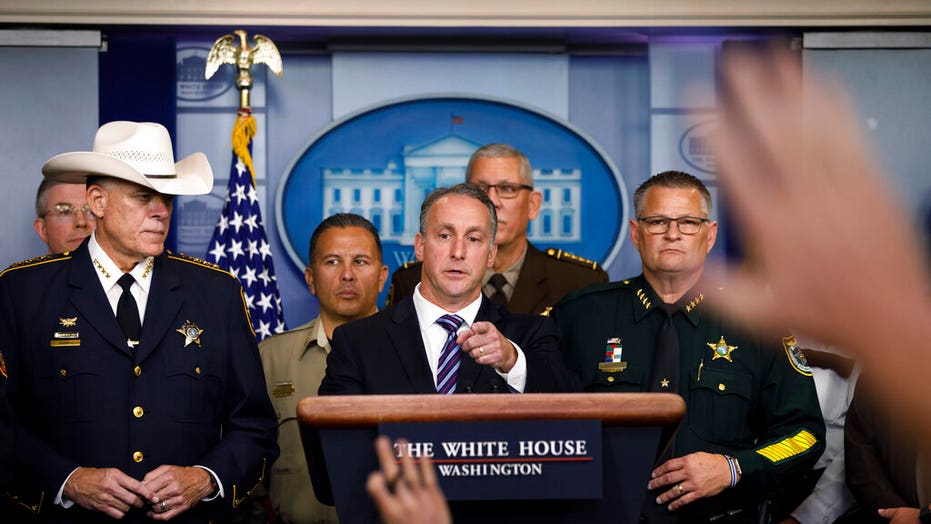 ICE’s chief said Wednesday that it would take 140 years to remove all of the illegal immigrants who came into the country during the border surge of the past two years at current deportation rates.

Matt Albence, acting director of U.S. Immigrations and Customs Enforcement, said the border surge of the past two years had added 900,000 non-detained cases to ICE’s docket, bringing the total to 3.3 million.

“As numbers continue to climb, they will continue to outpace ICE's inabilities to swiftly remove individuals,” Albence said. He said that ICE had arrested 2,500 noncriminal fugitives, or aliens who fail to leave the country after an order of removal. “If we do that, based on just the numbers that came in the last two years, it would take us about 140 years to clear up that backlog.”

Albence was making the case for a vastly increased budget for his office in fiscal year 2021.

ICE’s proposed budget for FY 2021 included $10.4 billion in discretionary spending and asked for the number of beds in detention facilities to be increased to 60,000, about 15,000 more than Congress approved for this fiscal year. Albence noted that ICE only detains about 1.5 percent of illegal immigrants.

“Without additional resources to actually effectuate a judge’s removal orders, we will have an immigration enforcement and court system in which billions of dollars a year are spent to obtain orders, that are not worth the paper they are written on,” Albence told the House Appropriations Committee.

In addition to more beds, the ICE budget asked for greater funding to adjudicate asylum claims and hire attorneys to work on behalf of the government in appeals cases.

Albence said “there is no disincentive” for immigrants whose removal has been ordered to continue to file motions of appeal through the various appellate options.

“These individuals have the right to due process,” said Albence. “But the vast majority of individuals do not have claims which meet asylum.” He said that currently, asylum claims have a grant rate of about 10 percent.

“So this is not about asylum, this is about the release. Most of these individuals want to come here because they know regardless if the get a removal order, regardless if they show up to court, if they don’t have a detention bed at the time the removal order is issued, the likelihood of them actually being removed from the country is nill.”

Both Republicans and Democrats questioned the need for a spending hike.

Rep. Dutch Ruppersberger, D.-Calif., asked how many migrants who have no criminal history were being detained in facilities. “I would hope your priority would be the bad guys, there are a lot of bad guys.”

“123,000 accounted for almost half a million crimes,” the chief officer added. “That’s almost four criminal offenses for each person we put in custody.”

Rep. Kay Granger, R-Texas, said she’d just come back from her sixth trip to the border.

“It looks so much better. I came out feeling optimistic. This report is not optimistic,” said the congresswoman. She cited recent actions with other countries, such as the "Remain in Mexico" policy or the "Safe Third Country" policy, which requires migrants to wait in other nations while their asylum claims are processed, as a means of stemming the flow of migrants who actually make it through the southern border.

“More and more money … don’t you have to stop at some point and say is this the right process?”

U.K. Shields Its Economy From the Virus, but Not Yet Its People

Bear Market Arrives for Stocks, the First Since the Financial Crisis

Bear Market Arrives for Stocks, the First Since the Financial Crisis