The Trump administration is deploying border patrol agents to sanctuary jurisdictions across the U.S. to help Immigration and Customs Enforcement (ICE) track down and detain illegal immigrants freed by left-wing cities and states.

Federal immigration authorities on Monday arrested an illegal immigrant who had been released from NYPD custody despite being charged with child rape and sexual abuse.

Miguel Federico Ajqui-Ajtzalam, a 20-year-old Guatemalan national illegally present in the U.S., was arrested in New York City late last month on multiple charges related to sexually abusing a minor, according to a press release from U.S. Immigration and Customs Enforcement (ICE). 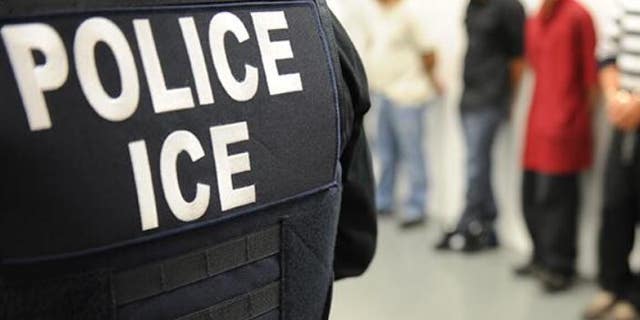 Agents with ICE's ERO have detained an illegal immigrant in NYC who was charged with sexual abuse of a minor. (ice.gov)

ICE’s Enforcement and Removal Operations (ERO) had lodged an immigration detainer with the New York City Department of Corrections (NYCDOC) after his arrest.

The detainer was ignored because of New York City’s sanctuary policies and Ajqui-Ajtzalam was released from custody. ERO officers apprehended him on Monday.

Thomas R. Decker, field officer director for ERO New York, said it was “inconceivable” that Ajqui-Ajtzalam – who was arrested on charges of rape and sexual abuse of a child – should be released back into the community rather than being transferred to ICE.

“It’s frightening that our detainer was ignored and he was released into New York City streets to possibly re-offend,” Decker said. “The safety of city residents, especially the more vulnerable, continues to be a priority for ICE enforcement.”

U.S. Border Patrol (USBP) initially encountered Ajqui-Ajtzalam in September 2016 after he illegally entered the U.S. without inspection, ICE said. He was processed as an unaccompanied alien child, issued a Notice to Appear, and was released from ICE custody two months later on an Order of Recognizance (OREC) pending removal proceedings.

He is currently being held in ICE custody pending removal proceedings before a federal immigration judge.

Iran temporarily releases 54,000 prisoners to try and stop coronavirus from spreading in jails

Iran Crosses a Key Threshold: It Again Has Sufficient Fuel for a Bomb

Iran Crosses a Key Threshold: It Again Has Sufficient Fuel for a Bomb