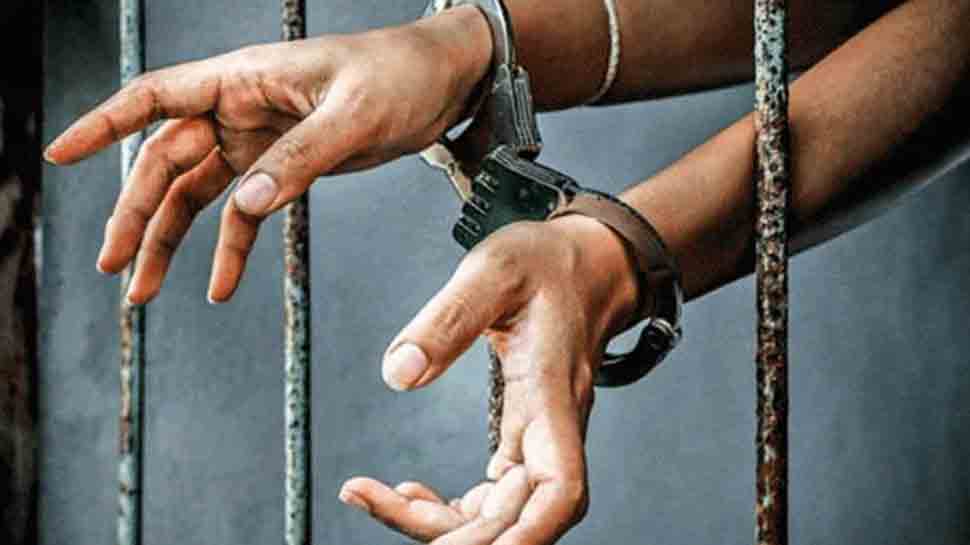 VIDISHA: In a bizarre incident, a man was arrested for allegedly live-streaming sexual acts with his wife on an app in Madhya Pradesh's in Vidisha in lieu of money from other users.

According to Chief Superintendent of Police (CSP) Vikas Pandey, the accused's wife lodged a complaint with police about the man, who had married her under false pretences, forcing her to perform sexual acts on the app.

The senior police official told ANI that the accused's wife had on October 21 approached the police and lodged a complaint against her husband. She claimed that Charanjeet lured her through social media and brought her with him to Vidisha and married her.

He, however. hid the fact from her that he was previously married. A few days after the wedding he filmed some obscene videos of the woman and used it to blackmail her and force her to do live videos," the police told the news agency.

Explaining the modus operandi of the app, the police official said customers 'like' profiles on the app and in exchange for money deposited into a bank account number sent to them via WhatsApp, get access to obscene acts by the people profiled.

The police team has recovered gold worth Rs 15.5 lakh and Rs 45,500 in cash and four mobiles among other things from the accused. Three bank accounts of the accused have also been seized in which it is being estimated that close to six lakh rupees would be recovered.

"A complaint has been filed under several sections of the IPC and the IT Act," Pandey said and added that the accused had been engaged in such acts ever since he got married to the woman. Further investigation is underway.

The Trump and Biden ‘60 Minutes’ interviews are airing tonight. Here’s what to expect.

The Trump and Biden ‘60 Minutes’ interviews are airing tonight. Here’s what to expect.