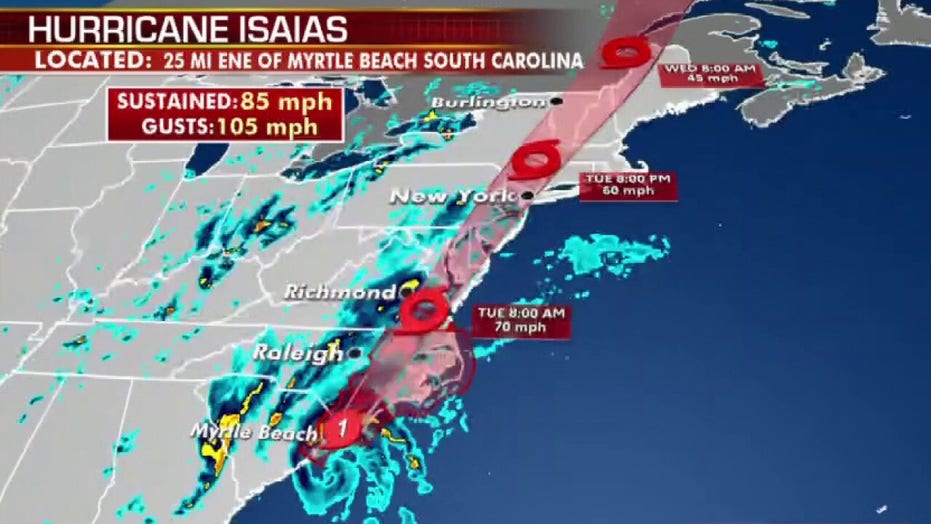 Reports of damage as storm hits land; Rick Leventhal has the latest.

Hurricane Isaias made landfall in North Carolina on Monday night after strengthening into a Category 1 hurricane, according to the National Hurricane Center (NHS)

The storm made landfall around 11:10 p.m near Ocean Isle Beach, N.C., with maximum sustained winds of 85 mph. The NHS warned oceanside residents to brace for storm surge up to 5 feet and up to 8 inches of rain as it moves up the coast. 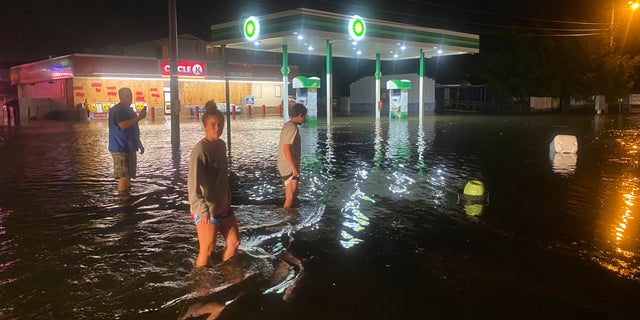 “All those rains could produce flash flooding across portions of the eastern Carolinas and mid-Atlantic, and even in the northeast U.S.,” said Daniel Brown, senior hurricane specialist at the U.S. National Hurricane Center.