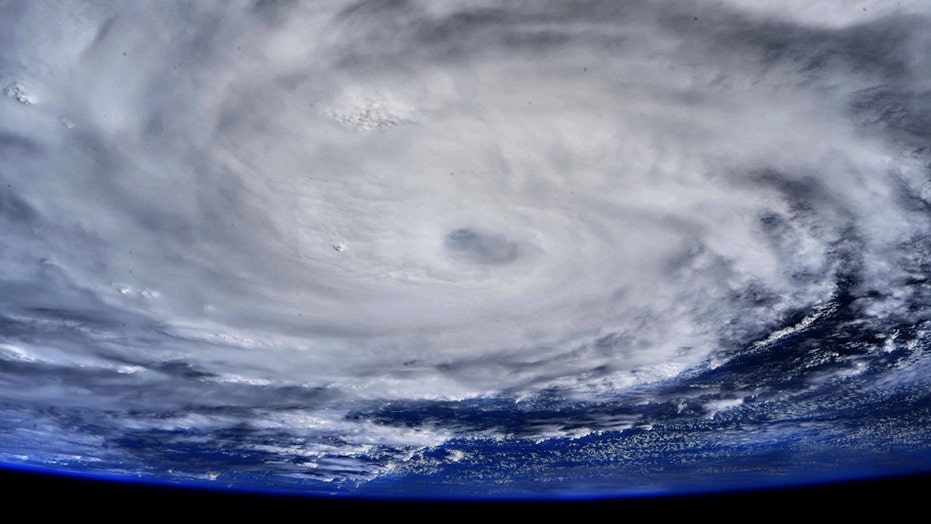 Hanna now a tropical storm after making landfall in Texas

The might of the first hurricane of the 2020 Atlantic season could be seen from space as the storm made landfall on Saturday, bringing with it a flooding threat to southeast Texas through the remainder of the weekend.

Hanna, now a tropical storm, made landfall twice as a Category 1 hurricane with maximum sustained winds of 90 mph along the Texas Gulf Coast, first roaring ashore around 5 p.m. about 15 miles north of Port Mansfield. The second landfall took place in Kenedy County.

The hurricane was "just shy" of Category 2 strength and prompted Texas Gov. Greg Abbott to issue a Disaster Declaration.

The National Weather Service (NWS) in Corpus Christi shared a "mesmerizing" video that shows Hanna's eye visible from space as it made landfall.

The video from a satellite compresses just over an hour of imagery into four seconds, from 4:21 pm to 5:31 pm, according to the NWS. The video then loops to show the storm’s approach slowed down.

Astronaut Doug Hurley also tweeted a photo that showed Hanna's eye from space on Saturday as the storm made landfall. 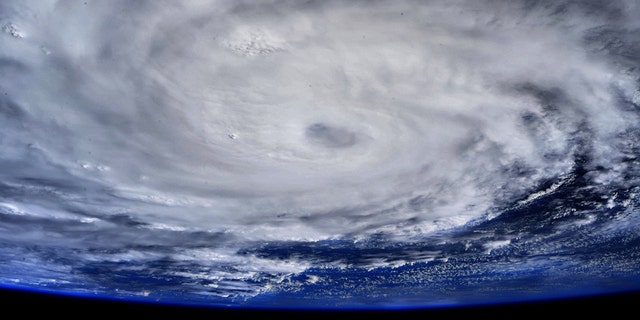 Hurricane Hanna's eye can be seen in the image from space on Saturday. (Col. Doug Hurley) 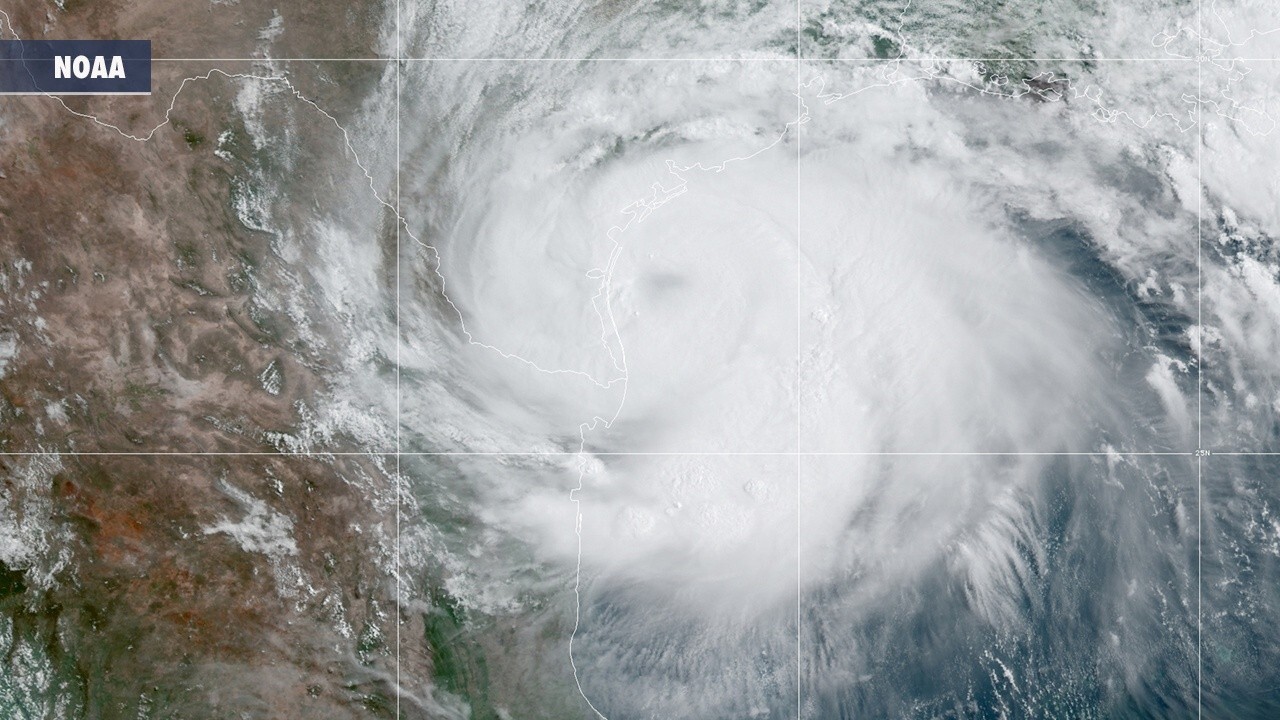 "We have a lot of flooding concerns that are still in place; the rain still falling across South Texas," he said.

RICK REICHMUTH: SOUTH TEXAS FLOODING WILL BE THE 'BIGGEST STORY' FROM HURRICANE HANNA

Forecasters said Hanna could bring 6 to 12 inches of rain, with isolated maximum amounts of 18 inches through Monday in south Texas and in neighboring locations in northeast Mexico. 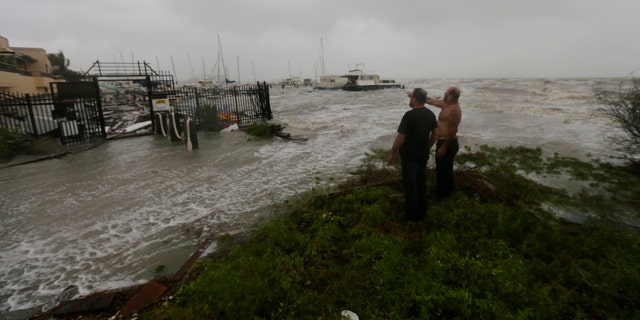 Boat owners examine the damage after the docks at the marina where their boats had been secured were destroyed as Hurricane Hanna made landfall, Saturday, July 25, 2020, in Corpus Christi, Texas. (AP Photo/Eric Gay)

Some areas in south Texas had already reported receiving up to 9 inches of rain, including Cameron County, which borders Mexico and is where Brownsville is located. 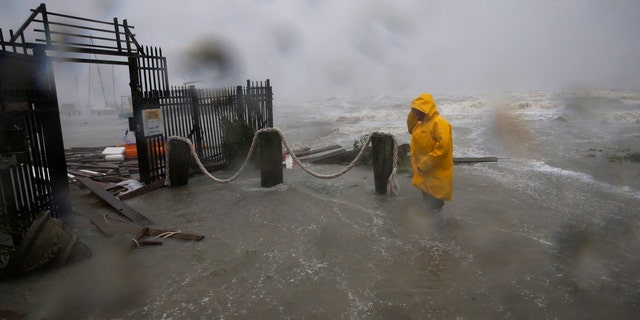 Jame Rowles examines the damage after the docks at the marina where his boat was secured were destroyed as Hurricane Hanna made landfall, Saturday, July 25, 2020, in Corpus Christi, Texas. (AP Photo/Eric Gay)

More than 43,700 people throughout south Texas, including Corpus Christi, Harlingen and Brownsville, were without power Saturday evening, according to AEP Texas.

In a tweet, President Trump said his administration was monitoring Hanna, along with Hurricane Douglas, which was heading toward Hawaii in the Pacific Ocean.

The U.S. Coast Guard was called to help with the rescue of a couple on a sailboat that was taking on water Saturday evening in a harbor near Corpus Christi, spokesperson Paige Hause said. A water rescue team assisted in getting the couple back to land without injuries. 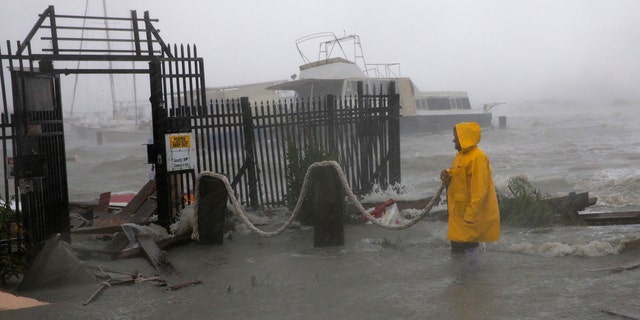 Jame Rowles examines the damage after the docks at the marina where his boat was secured were destroyed as Hurricane Hanna made landfall, Saturday, July 25, 2020, in Corpus Christi, Texas. (AP Photo/Eric Gay)

Texas officials have incorporated social distancing guidelines and mask-wearing in light of the coronavirus pandemic.

Abbott said Saturday that some sheltering would take place in hotel rooms so people could be separated. 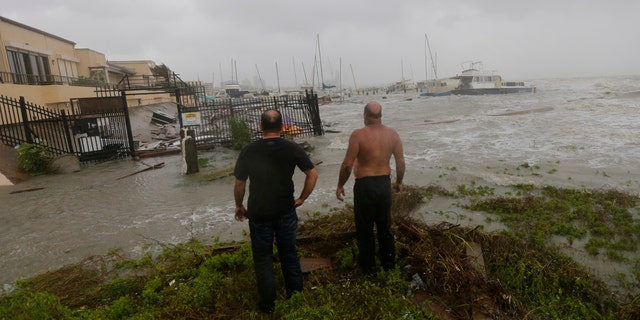 Boat owners examine the damage after the docks at the marina where their boats had been secured were destroyed as Hurricane Hanna made landfall, Saturday, July 25, 2020, in Corpus Christi, Texas. (AP Photo/Eric Gay)

“We cannot allow this hurricane to lead to a more catastrophically deadly event by stoking additional spread of COVID-19 that could lead to fatalities," Abbott said.