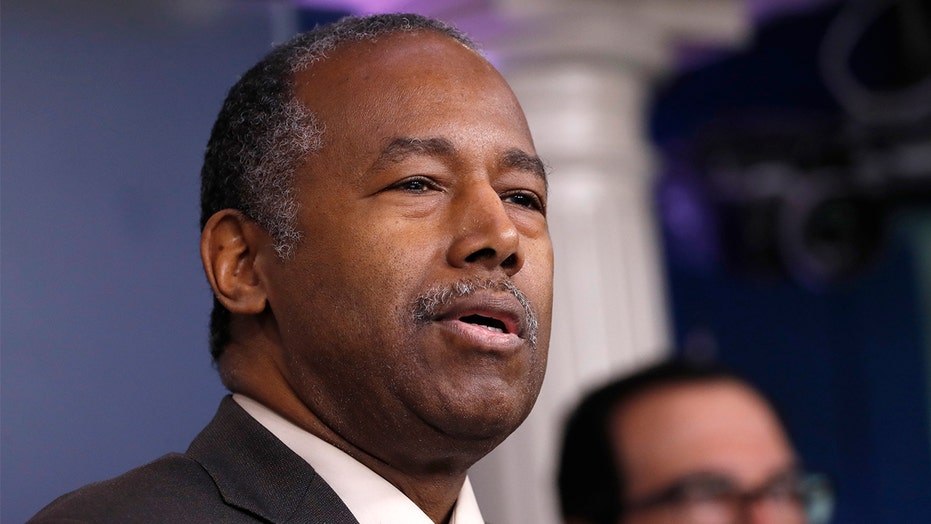 Two watchdog groups that targeted and sued Department of Housing and Urban Development Secretary Ben Carson for taking part in weekly Bible study meetings at the White House announced they have reached a $17,800 settlement.

The groups, Freedom From Religion Foundation (FFRF) and the Citizens for Responsibility and Ethics in Washington (CREW), announced the settlement last week, putting an end to a two-year dispute. The groups claimed they were repeatedly denied Freedom of Information Act (FOIA) requests about Carson's schedule and the Bible study, which at one point were purportedy attended my several Cabinet members.

In March, the Wisconsin-based FFRF blasted Pastor Ralph Drollinger, who led the Bible study in question, as a "hate preacher," claiming he "blamed gays" in a blog post for the coronavirus pandemic, the Christian Post reports.

But Drollinger said his words were misrepresented by the mainstream media, and HUD blasted the media for being "nothing more than activists with a political agenda" after the headlines linked the pastor's blog post to coronavirus and homosexuality.

'REOPEN CHURCH SUNDAY' KICKS OFF WITH TEXAS MEGACHURCH LEADING THE WAY: 'NO ONE-SIZE-FITS-ALL'

"We should be seeing much more media outrage over these activist groups who continuously abuse legal protections in place for the media, but we don’t," Matt Schuck, HUD spokesman, told Fox News.

HUD reportedly agreed to pay FFRF $3,400 and CREW $14,400 in costs and attorney fees related to the case and the FOIA requests processed to obtain the documents, according to the settlement.

After media reports of the FFRF complaint, including from LGBT groups, the White House responded saying the Bible study sessions were not being held at the White House anymore.

WWII VETERAN AND PASTOR, 95, GETS MORE THAN 180K PRAYING FOR REVIVAL

“One of the major benefits is that the updated training and guidance will ensure that citizens and groups will have access to agency records,” Patrick Elliott, FFRF senior counsel, said in a statement.

Both groups now have the records they were seeking concerning the White House Bible study, as well as Carson's attendance at an event for the Museum of the Bible in Washington, D.C.

Government hikes excise duty on petrol by Rs 10 per litre, diesel by Rs 13 per litre

Government hikes excise duty on petrol by Rs 10 per litre, diesel by Rs 13 per litre