Dubai: What do you get when you put nearly 200 nationalities in a modern, vibrant country? A perfect setting for interracial romance and mixed marriages.

Common lifestyle aspirations, migration patterns and availability of partners have made the UAE a melting pot where conjugal bonds are forged across ethnic dividing lines almost daily. 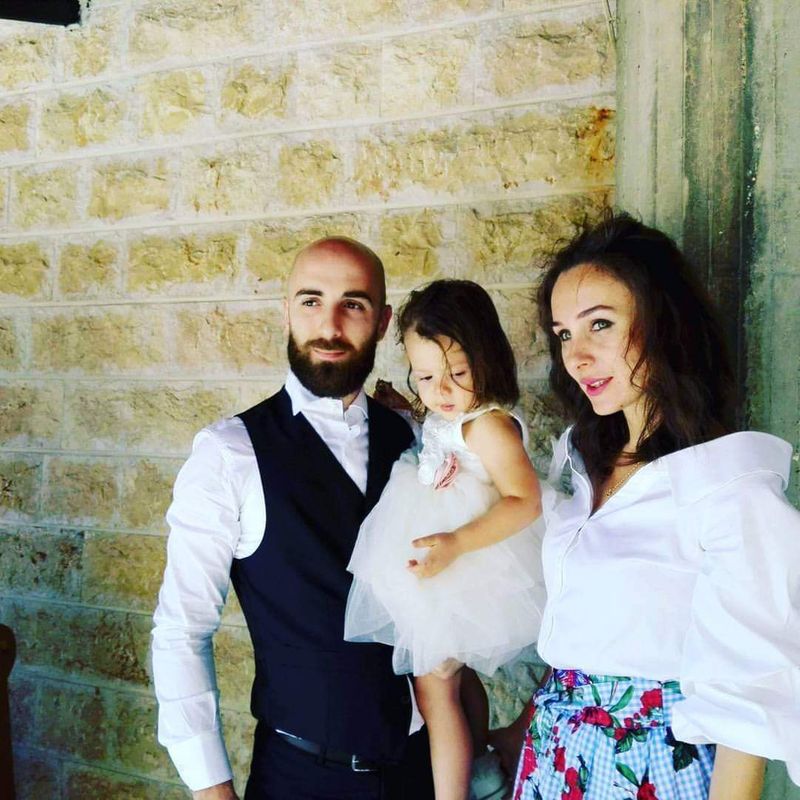 Marina Dobromyslova from Russia and Wael Alghareeb from Syria met each other and got married in Dubai Image Credit: Supplied

Marina Dobromyslova from Russia met the love of his life Wael Alghareeb from Syria at a mall on the very day she landed in Dubai. Eight years on, they are happily married with a four-year-old child. “I had a little bit of time between two job interviews so I stopped by a coffee shop at Deira City Centre where I met Wael who now works as operations manager at a retail firm. We struck instant rapport. Soon we were dating,” recounts the cosmetologist who tied the knots at Jumeirah Mina A’Salam hotel in 2014. 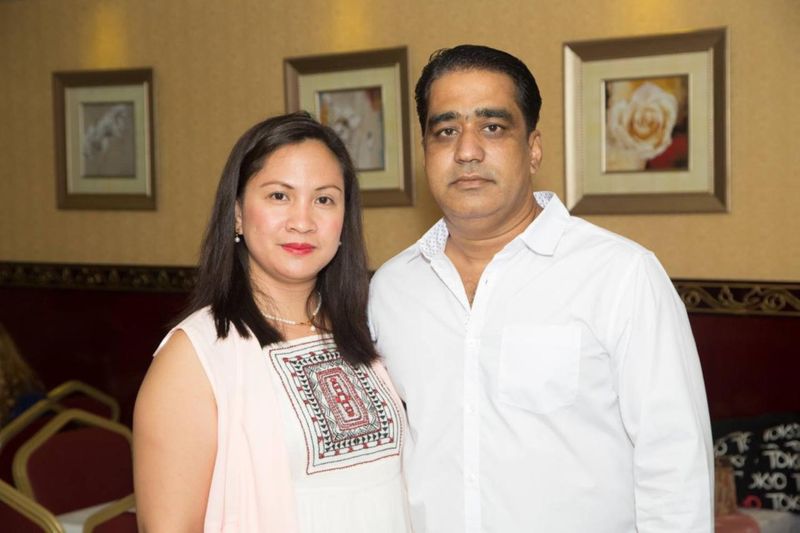 While Marina met Wael between a job interview, Filipina Jackie Lou met her future husband, Sohail Khan from Pakistan, when she went to his photo studio in 2004 looking for a job. The couple now run a photo booth rental firm in Dubai and have three children between one and 13 years.

“Initially my family was opposed to our wedding but in the end love prevailed and they gave in,” said Lou who had been to Pakistan many times. Once she stayed there for 20 months at a stretch.

“Me and my husband come from contrasting cultures but it didn’t take us long to adapt to each other as living in the UAE had already exposed us to different cultures. Unlike other countries, mixed couples don’t’ draw stares in the UAE and that’s what makes this place so special,” she said. 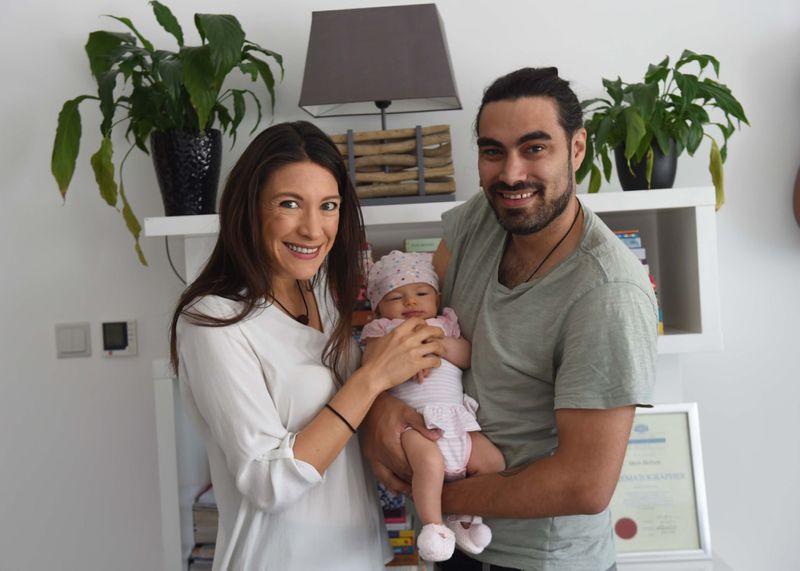 “I still remember our first date. It was at Café Nero. Veonika had a broken toe but we still went dancing,” he said, cradling their newborn Mia Rose.

“Mark came here from Finland to shoot a TV show but after meeting me he decided to stay back,” said Veronika, a model turned photographer who has been living in the UAE for over two decades.

Hobson reckons staying back in the UAE was the best decision of his life. “I intended to be here for six months but now I have no plans of going back anytime soon,” he said.

The couple entered wedlock in April 2019 after a brief courtship. “We got married in Seychelles as the paperwork in the UAE was taking far too long,” said Veronika.

The number of Emirati men marrying foreign women has also surged. According to the Federal National Council (FNC), 57 per cent of marriages held in the UAE in recent years were mixed.

Many have blamed the trend for the rising divorce rates in the country. Last year, a senior official at the Dubai Foundation for Women and Children (DFWAC) said mixed marriages were responsible for marital discord arising out of cultural differences. 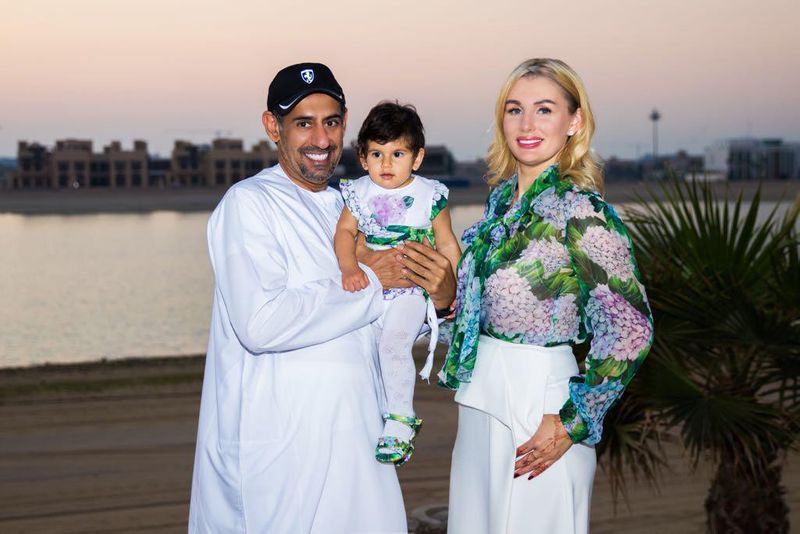 However Ukrainian Viktoriia Haboret and Emirati Mohammad have no such issues.

“We have overcome all barriers. Being married to Mohammad has opened up an entire new world for me and exposed me to an entirely new way of life,” said Viktoriia who lives in Al Ain and runs a company that deals in baby bedding and nursery accessories. The couple are proud parents of a three-year-old girl named Sarah.

Love is unconditional and has got little to do with religion, nationality and culture. That said, in order to make a marriage work, it’s important for couples to respect each other’s beliefs and values.

Nadine Chammas, relationship coach and founder of The Life Director

Key to a successful mixed marriage 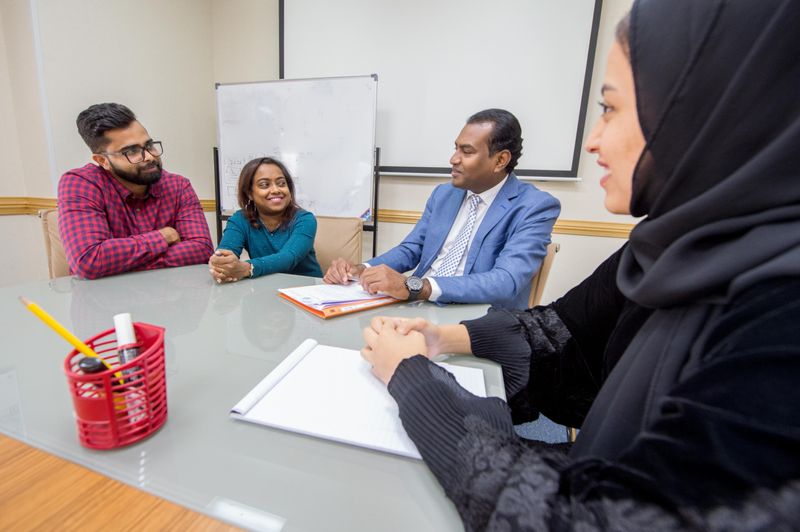 Mohammad Al Khairy, senior legal consultant at HHS Lawyers and Legal Consultants said no marriage is good 100 per cent of the time. “The key to a successful mixed marriage is tolerance and realising that your values, practices and beliefs are no better than your spouse’s. You need to be also understanding about how the other person feels towards various subjects,” said Al Khairy. 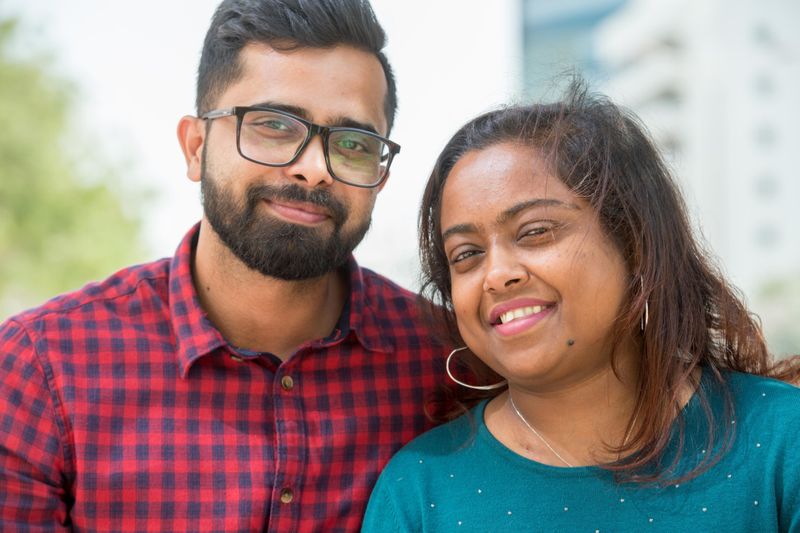 Usama and Nikita are both Indian but are from different religions Image Credit: Antonin Kelian Kallouche, Gulf News

His law firm helps register nearly 10 court marriages in the UAE every week. Most of these involve interfaith couples. One of their recent clients are the Indian husband and wife duo of Usama and Nikita who met at a college in Sharjah. “I am Muslim while Nikita is Christian,” said Usama, from Hyderabad who took the vows at an Abu Dhabi court in November 2019. “Marrying outside your own faith requires one to be mature, respectful and compromising and we have all of these traits,” said Usama who lives in Sharjah and works in the oil and gas industry. Nikita who works in the marine industry said she’s accustomed to living with people of different faiths.

“My dad is a Hindu while my mum is Christian,” she said.

The challenges faced by interracial marital couples are largely specific to their culture. But for couples from bitter rivals India and Pakistan, cultural differences rarely figures on their list of concerns. They have far bigger worries. With travel across the border still an ordeal, many are constantly looking for a third option to call home for their growing families.

“Applying for an India visa is as difficult as nailing a jelly to a tree,” said Pakistani expat F.M who married an Indian woman in Dubai in 2017. “It’s equally difficult to get a Pakistani visa for my wife. “We cannot stay in the UAE permanently. At the same time we cannot live in India or Pakistan. So we are looking to immigrate to Canada,” said F.M. An Indian expat who married a Pakistan girl in 2012 said his friends chide him and call him ‘unpatritoic” How do I tell them that we saw each other as individuals rather than as an Indian or a Pakistani,” he said. Similar views are aired by Dubai-based Indian businessman Danish Shah who married Pakistani woman Aafia Muneer in 2007 “I was once labelled an ISI (Pakistan intelligence agency) agent. It took a High court order from India to prove the allegations wrong,” he said.

Three mums and their heartbreaking stories

Mixed marriages are fraught with challenges and are more likely to end in divorce than same-ethnic marriages but in the UAE they present a whole new set of problems. The biggest of them relates to custody of children. Instances of parental child abduction are on the rise in the country. While there are no official figures, lawyers say they come across such cases routinely. We recount the gut-wrenching stories of three UAE-based mums who were left shattered after their children were taken away from them.

The Indian expat tried to kill herself after her Pakistani husband of four years whisked away their twin sons (both Indian passport holders) to Pakistan in 2016 without her knowledge and later sent divorce papers. Giving the thorny relations between the nuclear neighbours, the likelihood of Zainab going to Pakistan to seek custody of her children remained remote until a Gulf News publication highlighted her plight. Zainab was eventually reunited with her children in Dubai after two-and-a-half years since she last saw them.

Dubai-based Lithuanian teacher was left devastated when her Pakistani husband took their three daughters out on the pretext of taking them to Safa Park but instead flew with them to his home country and disappeared. Maimouna was still reeling from the shock when she was couriered divorce papers four days later and her in-laws asked her to vacate their Jumeirah villa. It took seven years of relentless torment and heartache before she could see her daughters again. In April 2018, Pakistan’s highest court highest court heard her plea and granted her interim custody of the girls aged between 11 and 15 years.

Kazakh mum Chinara Kassymova, 37, has been agonising over the fate of daughter Mariam and son Mohammad since August 2016 when her Syrian husband allegedly bundled them away to the northern Syrian city of Aleppo, without her knowledge. Mariam was seven-years-old that time while Mohammad had just turned three. Recalling the catastrophic turn of events, Kassymova said she had gone to meet her parents in Kazakhstan when her children were allegedly kidnapped by her husband. Subsequent enquiries showed they boarded a plane to Aleppo from Dubai with Kassymova’s mother-in law on August 22, 2016. The same day her husband and his father in law took a flight to Jordan from Sharjah. On her return to the UAE, Kassymova’s filed and won a divorce suit against a husband. A few days later she got a court order granting custody of her children. She’s still waiting to execute it.

Lawyers aid parental child abduction is a criminal offence in the UAE. According to Dubai-based advocate, the laws consider it an act of kidnapping, more so when it is done by force. “In such cases, the aggrieved partner has legal rights in this case to file a criminal case against the spouse husband and seek divorce on this ground alone,” he said. 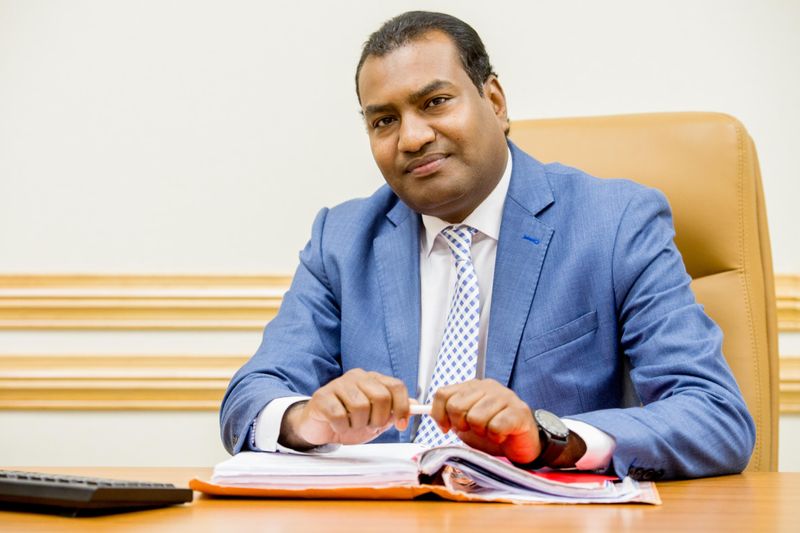 Mohammad Al Khairy, senior legal consultant at HHS Lawyers and Legal Consultants said couples looking to get married should start paperwork at least a month before the wedding date. “Marriage registration in the UAE doesn’t take more than a day but the procedure varies across the Emirates and depends on the nationality and religion of the bride and the groom,” he said. “We have a six page assessment form listing standard government requirements. Most couples will be invariably lacking some of these requirements. Our job is to fulfil them to make sure there are no last minute hiccups. We have had couples coming in just a day ahead of their wedding. That’s not how it works,” said Al Khairy