How many Americans die by jumping on train tracks each year?

How many Americans die by jumping on train tracks each year?closeVideo

Raw video: Five-year-old girl rescued from the tracks at a Bronx subway station

The girl was rescued after her father jumped in front of a train while holding her.

[Editor's note: This story discusses suicide. If you or someone you know is having thoughts of suicide, please contact the National Suicide Prevention Lifeline at 1-800-273-TALK.]

It is an all too horrific occurrence on train tracks across the country: an individual takes their own life or fatally falls in front of an oncoming locomotive.

The U.S. government considers trespasser casualties, including acts of suicide, to be “the leading cause of rail-related death in the United States.”

In response to a Freedom of Information Act request, the U.S Department of Transportation's Federal Railroad Administration (FRA) revealed that some 3,687 lives have been lost as a result of “trespasser strikes” nationwide between 2012 and 2017. The data includes intentional deaths, as well as accidental or inconclusive.

Of these strikes, 1,332 were officially deemed to be suicides, while 2,355 were non-suicides.

According to the FRA’s findings, California, New York, Florida and Texas “consistently had the highest number of fatal trespasser strikes.”

California clocked in the most fatal hits — 250 suicides and 451 non-suicides. Illinois had the second highest number of suicides but ranked only 7th on non-suicide deaths.

“Tragically, approximately 220 people use the tracks to commit suicide annually, making it a central safety factor for the DOT,” said Karen Philbrick, executive director of the California-based Mineta Transportation Institute, which was established by Congress in 1991 and works to provide policy-orientated research to support the development of transportation systems. “The number of trespassers killed by trains is at an all-time high since 2000.”

Suicide strikes were found to occur most often during the spring, while non-suicide strikes were most common during summer. Suicides also tend to happen during the later evening hours – typically between 8 p.m and 12 a.m. – on both weekdays and weekends, while non-suicides were recorded most frequently during weekday evening commute hours (4 p.m. and 8 p.m.) and in the early morning before 4 a.m.

The ramifications are wide-reaching.

“The impact of these incidents reaches beyond the loss of life: train crews experience trauma, railroads and their surrounding communities experience disrupted service and road closures with an estimated overall economic impact of 4.6 million per incident,” the FRA stated. “Many trespasser fatalities are preventable. With a better understanding of how these incidents occur, including the intent of the trespassers involved, railroads can more efficiently and effectively design and implement countermeasures.” 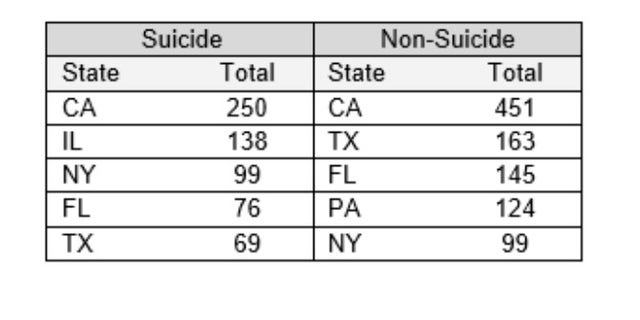 For New Yorkers, barely a week goes by without a suicide or attempt on the maze of underground tunnels that span the five boroughs. In at least two New York incidents in recent months, a parent leaped onto the tracks with a baby in their arms — in both cases the child miraculously surviving.

In 2017 in New York City alone, there were some 900 incidents. The reasons are varied: intoxication, urinating, slipping or attempting to retrieve something they have dropped. And then there is the nightmare scenario of people being pushed.

In 2012, 58-year-old New Yorker Ki Suk Han was pushed by a 30-year-old emotionally disturbed panhandler onto the subway tracks and killed by an oncoming train. Witnesses recall screaming as the man desperately tried to scramble back to the platform.

“Once the emergency brakes are engaged, it can take over a mile to stop and there is no such thing as swerving,” Philbrick explained. “By comparison, it takes an average passenger vehicle 200 feet to stop in an emergency. Recent reports indicate that nearly half of railroad operating employees will be involved in a critical incident over the course of their career. Powerless to rapidly stop, the train operator watches in horror as the unavoidable plays out.”

A train driver, who requested her name not be used, told Fox News that one morning in late 2018 she spotted a middle-aged man on the edge preparing to jump. She slammed on the brakes, knowing the subway would not come to a stop in time. Just before the train approached, a fellow waiting passenger suddenly pulled the likely jumper back from the edge. 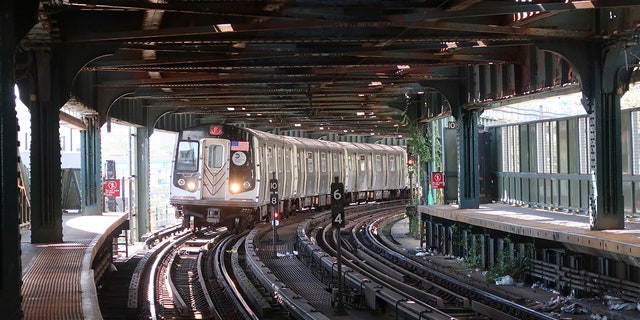 The incident, she said, still gives her nightmares.

The FRA emphasizes efforts to address the problem centered on a national and proactive approach.

Major cities including Hong Kong and Paris have platform doors and walls at many stations in an effort to halt the track-falling issue – New York’s Metropolitan Transportation Authority (MTA) has been installing prototype suicide-prevention fencing on the Verrazzano-Narrows Bridge – but experts insist that it is a multifaceted and complex problem. 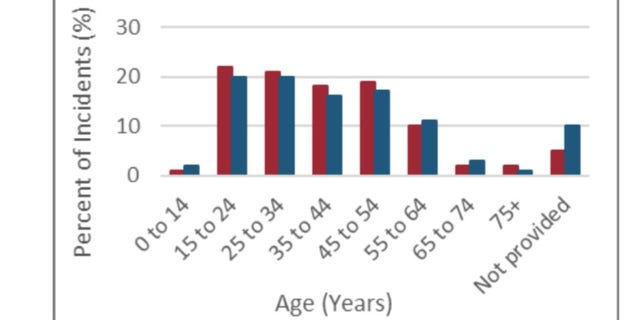 The Mineta Transportation Institute recommends more extensive suicide-awareness training programs for railroad employees, recognizes that “barriers are needed but not sufficient” and urges prevention efforts to be targeted “in and around the immediate area of the railroad stations or platforms” and in areas of economic hardship, where studies have determined suicide levels to be higher. 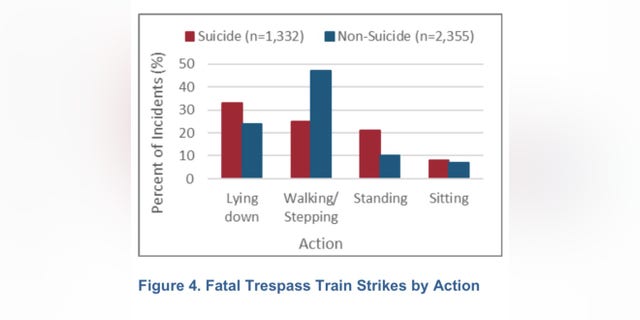 “We need to change the conversation about suicide so that it is discussed without fear of negative consequences,” she said. “The railroad industry can participate in making this change reality by providing public information, in a responsible way, about their efforts to prevent suicide.”