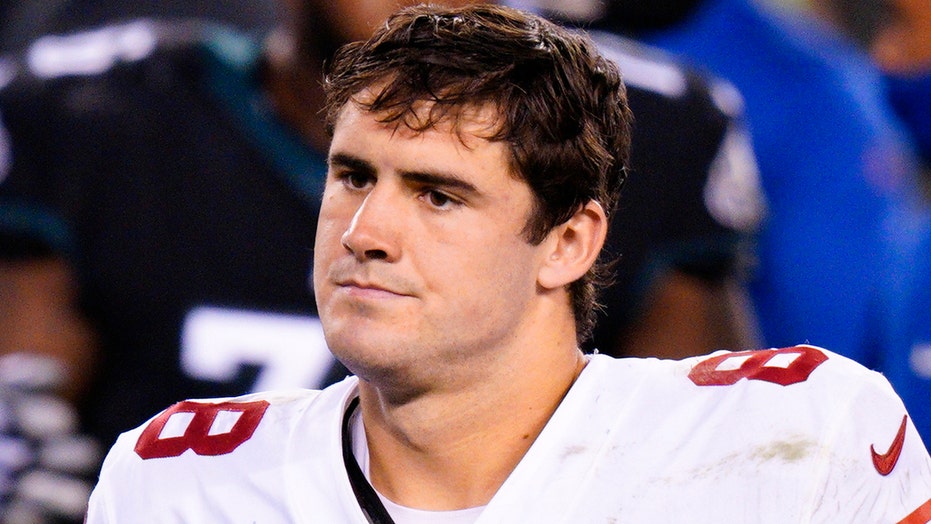 Joe Judge operates in black and white as a disciplinarian, but some of the Giants’ biggest stars just created a gray area.

The video of Daniel Jones, Saquon Barkley and Sterling Shepard out with rookie teammates Friday night in Manhattan might not be a letter-of-the-law violation of the NFL’s COVID-19 policy if they ate in a private dining room and gathered at a bar closed to the public, and the intention is an example of the team-bonding Judge values. But the action does not match up to Judge’s message all season on staying responsible.

So, will the Giants sit Jones, Shepard, and others Monday night against the Buccaneers, like when left tackle Andrew Thomas was benched for a quarter for being late to a team meeting?

“We’re going to deal with things internally,” Judge said. “This group of guys has been very responsible from the very beginning. They’ve tried to do the right thing the entire time [throughout the pandemic]. Based on the conversations and the information I’ve gathered from our players, I believe they were trying to do the right thing as teammates, with going out and having dinner together. We have to make sure we are conscious as an organization in anything we do.”

One particularly bad look was Barkley on a bicycle – front wheel up – on the street despite being out for the season with a torn ACL. He is in Los Angeles awaiting the end of the World Series to undergo knee surgery this week.

“I’m not going to comment anything specifically on that,” Judge said. “Actually, riding a stationary bike has been part of his rehab and prepping for surgery. Our thoughts and prayers are with him.”

Judge has stressed the need for players to be accountable to the entire building with decisions made on free time. The Giants are one of the few teams that has not placed a player on the COVID-19 restricted list since early in training camp.

“They understand the consequences of anything you do right now in this COVID environment, as well as in the public eye,” Judge said. “How they’re looked at, and how we have to be careful. And we have to make sure to make the right decisions.”

Neither Jones nor Shepard were available to the media — both are scheduled to speak later in the week — but veteran cornerback James Bradberry was asked if he takes any issue with teammates out in public, theoretically increasing risk of exposure.

“I’ve heard about the video. Haven’t watched it myself,” Bradberry said. “I really don’t want to put my energy and time toward that because I know what type of guys they are. I know how they go about their business every day — handle it like a pro, so I’m going to let the coaches and whoever upstairs handle that situation.”

Raiders tight end Darren Waller reportedly was fined $30,000 for not wearing a mask at a charity event he hosted, and teammates photographed in attendance without masks were docked $15,000.

The Giants had off Friday, Saturday, and Sunday after losing Thursday to the Eagles. A league-issued suspension is not on the table.

The video was taken Friday and circulated on social media by user DJ Lugghead, who was the group’s driver for the evening. He and at least one unidentified woman — who handed Jones a glass to drink from — were outsiders mingling with the team.

“I’m not going to go into the optics,” Judge said. “Look, we’ve got to make the right decisions. What they tried to do as a team on a night off – kind of a simulated bye week – go out to dinner and hang as a team, that’s something they were looking to do and stay tight with each other.”

Still hampered by virus, US casinos want aid in recovering

Still hampered by virus, US casinos want aid in recovering