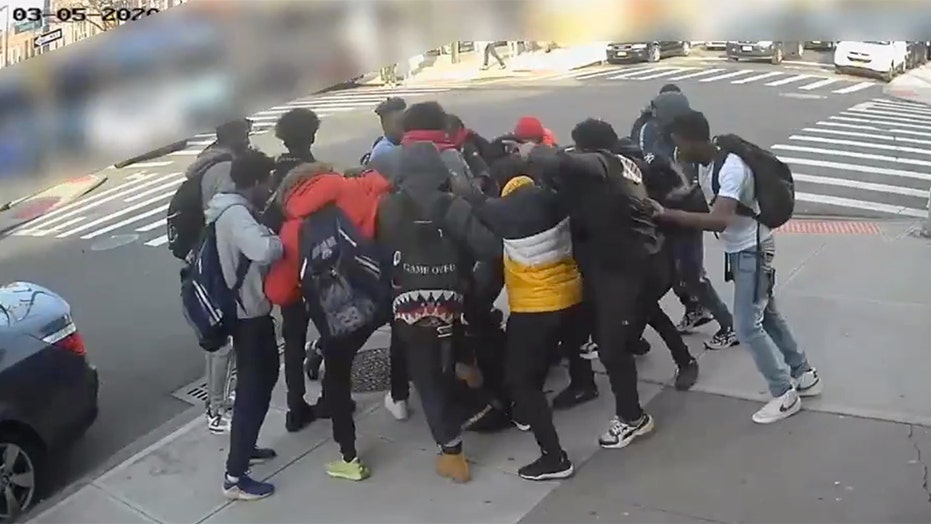 A group of teenage boys, according to reports, attacked her Thursday afternoon in Crown Heights, Brooklyn.

“A 15-year-old female was approached by a group of individuals, and was punched and kicked to the ground and had her property removed,” police said Friday. 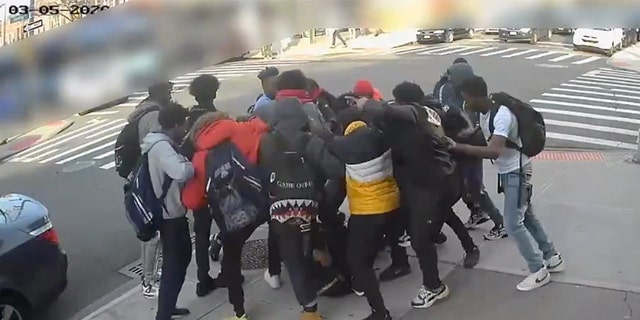 Video captured a group of teenage boys kicking a 15-year-old girl and stealing her Air Jordan sneakers during a mugging in Brooklyn Thursday afternoon. (NYPD)

The video begins with the girl already on the ground and one of the boys kicking her in the chest and face, the New York Post reported. He is then joined by the others, including one who jumps on top of her, then kicks her in the head.

The paper reported the girl was robbed of her Air Jordan sneakers.

They also took her cellphone and debit card. 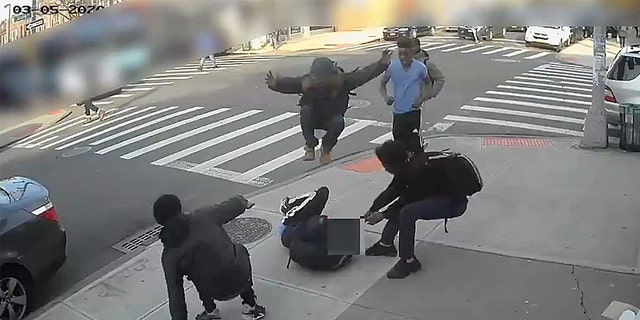 Police said they are investigating a 15-year-old girl's vicious mugging that was caught on video. (NYPD)

She was treated at the hospital for bruises and head trauma, the paper reported.