Holi: What to know about India’s festival of colors

Holi: What to know about India's festival of colorsclose

India’s festival of Holi, which marks the advent of spring, was reportedly toned down this year over fears of the coronavirus that has been rattling the world economy.

The festival is widely celebrated in India, Nepal and other South Asian countries.

Here is what to know about India's festival of colors. 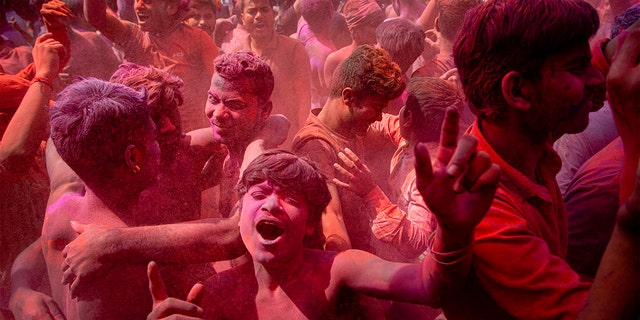 Millions of faces were smeared red and green, yellow and purple. Streets are splashed with colored powder. And countless water balloons burst across India and Nepal in the annual Hindu festival of Holi.

The festival, a celebration of warm weather, good harvests and the defeat of evil, brings out millions of people, from toddlers to the elderly, to throw powder at one another and play with water balloons and squirt guns. 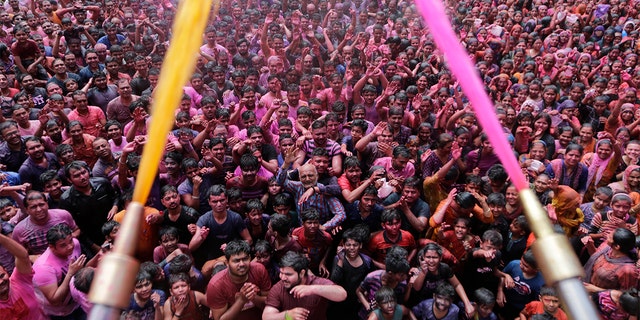 Indian Hindu devotees cheer as colored powder and water is sprayed on them by a Hindu priest during celebrations marking Holi at the Swaminarayan temple in Ahmedabad, India, Tuesday. Holi, the Hindu festival of colors, also marks the advent of spring. (AP Photo/Ajit Solanki)

But it has a seamier side too, with plenty of partiers fueled by alcohol or the cannabis-based drink bhang, and many women complain of groping amid the crowds of people. 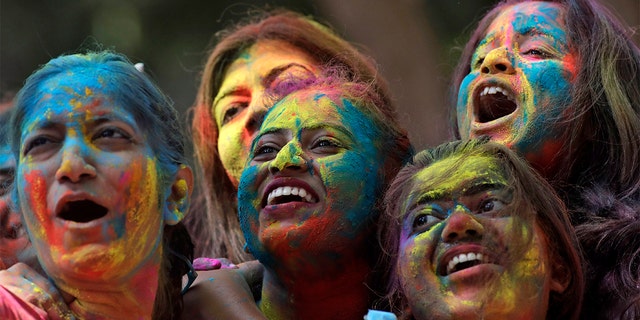 Women with their faces smeared with colored powder cheer during celebrations marking the Holi festival in Mumbai, India, Tuesday. Holi, the festival of colors heralds the arrival of spring (AP Photo/Rajanish Kakade)

Sellers of colored powder and water guns said their sales had plunged this year.

"The fear that customers have over the coronavirus and the large number of people that are getting sick has made them slightly disinterested in celebrating Holi. So, our sales have become very less this Holi," vendor Jitender Pandey said.

“Yes, it's coronavirus that made us cancel our programs," said Anshuman Ghulati, festival director of Holi Moo, one of the biggest Holi events in New Delhi, which drew some 7,000 people from around the world last year. "People are scared this year. We have canceled our event.”

Yet many ignored the recommendations in other parts of the country. In the northern state of Uttarakhand, people danced and smeared each other with colors.