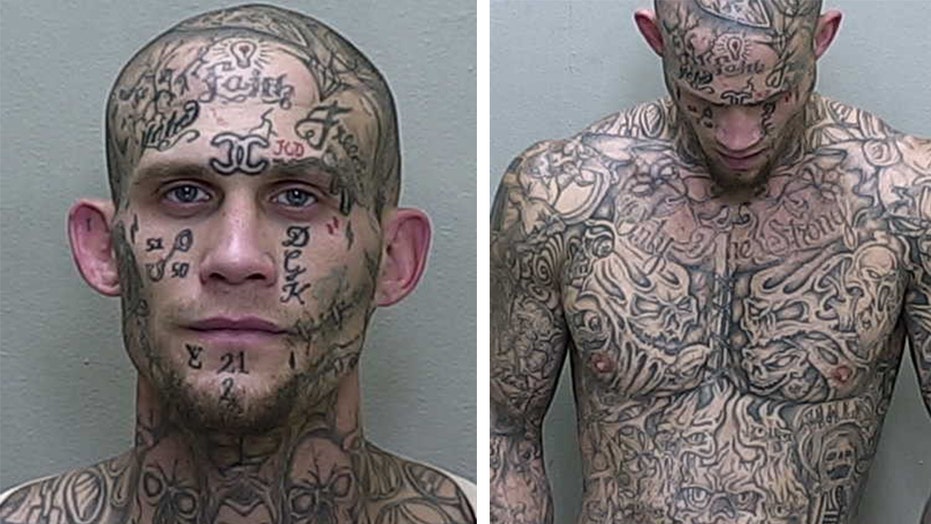 A Florida man with extensive full-body tattoos who allegedly drugged, abducted and sexually battered a woman in a run-down camper earlier this year has been arrested, the local sheriff announced Thursday.

Efthimios Michael Zachary Mikedis, also known as Zak, a 28-year-old from Ocklawaha, allegedly attacked the victim with an accomplice on Jan. 5.

When the victim regained consciousness, Mikedis allegedly burned her hair with a cigarette and held a pair of scissors to her throat before beating her, dragging her to a waiting car and eventually letting her go at a Winn-Dixie parking lot. 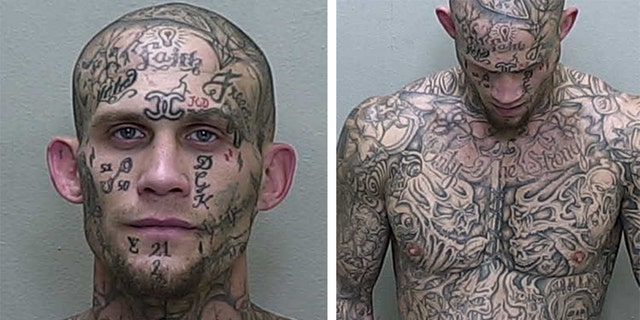 Mikedis had told the victim that he would give her a ride from Orange County to her aunt’s home in Marion County, according to the Marion County Sheriff’s Office.

He arrived to pick her up with his mother, Shannon James, in the driver’s seat and another man in the vehicle, the sheriff’s office said. Investigators have identified the second man as Robert McDaniel.

The victim told police Mikedis looked like someone you would be “be instantly scared of" and he had what appeared to be a gun in his waistband.

The victim told him she no longer wanted the ride, according to authorities, but Mikedis ordered her into the vehicle.

Then he allegedly forced an unknown substance down her throat, pinned her to the floor, drove to a residence and brought her to a camper parked on the property, police said. 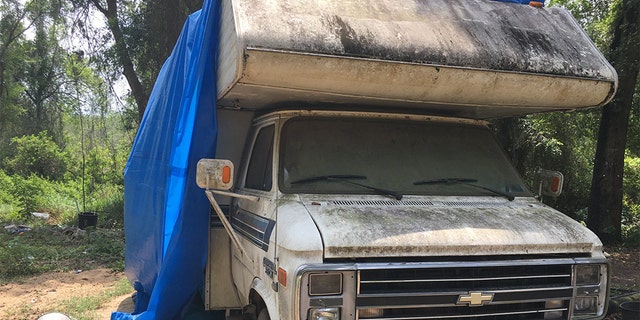 The victim was allegedly forced to imbibe an unknown substance and brought to a camper parked at the back of a Florida property, police said. (Courtesy: Marion County Sheriff’s Office)

The victim began to black out, but she told investigators that she was sexually battered by Mikedis, abused with an unidentified object and then assaulted by another individual at Mikedis’ apparent urging.

She awoke and tried to call an Uber car, but Mikedis allegedly forced another unknown substance down her throat, burned her hair, punched her in the back of the head and dragged her across the property into his mother’s car once again.

He eventually forced her out of the car at a grocery store parking lot, according to police.

Mikedis faces one count of sexual battery and is being held in the Marion County Jail, authorities said.

The sheriff’s office said more arrests and more charges could be coming as the investigation continues.

Anyone with information on Robert McDaniel is asked to contact Detective Jessica Galler at (352)-368-3535.