Heat’s Meyers Leonard on why he stands for national anthem

Heat's Meyers Leonard on why he stands for national anthemcloseVideo

Meyers Leonard of the Miami Heat chose to stand for the national anthem while the rest his teammates knelt on Saturday, during the team's reopening game against the Denver Nuggets at Walt Disney World.

Leonard, whose brother served as a U.S. Marine in Afghanistan, reportedly uses a military-themed backpack and has various friends who are Navy SEALs. Despite his public support for the Black Lives Matter movement, he says he couldn't bring himself to kneel in protest.

“I absolutely believe Black Lives Matter,” he said, according to the NBA.

Nevertheless, he stood with his hand over his heart as "The Star-Spangled Banner" played just before tipoff.

“Some of the conversations I’ve had over the past three days, quite literally, have been the most difficult,” Leonard told The Associated Press before the game. “I am with the Black Lives Matter movement and I love and support the military and my brother and the people who have fought to defend our rights in this country.”

Leonard decried the racial division currently gripping the country and said he finds it troubling that certain people now choose to deal in moral absolutes.

“I am a compassionate human being and I truly love all people,” he explained. “I can’t fully comprehend how our world, literally and figuratively, has turned into Black and white. There’s a line in the sand, so to speak: ‘If you’re not kneeling, you’re not with us.’ And that’s not true."

He added: “I live my life to serve and impact others in a positive way.” 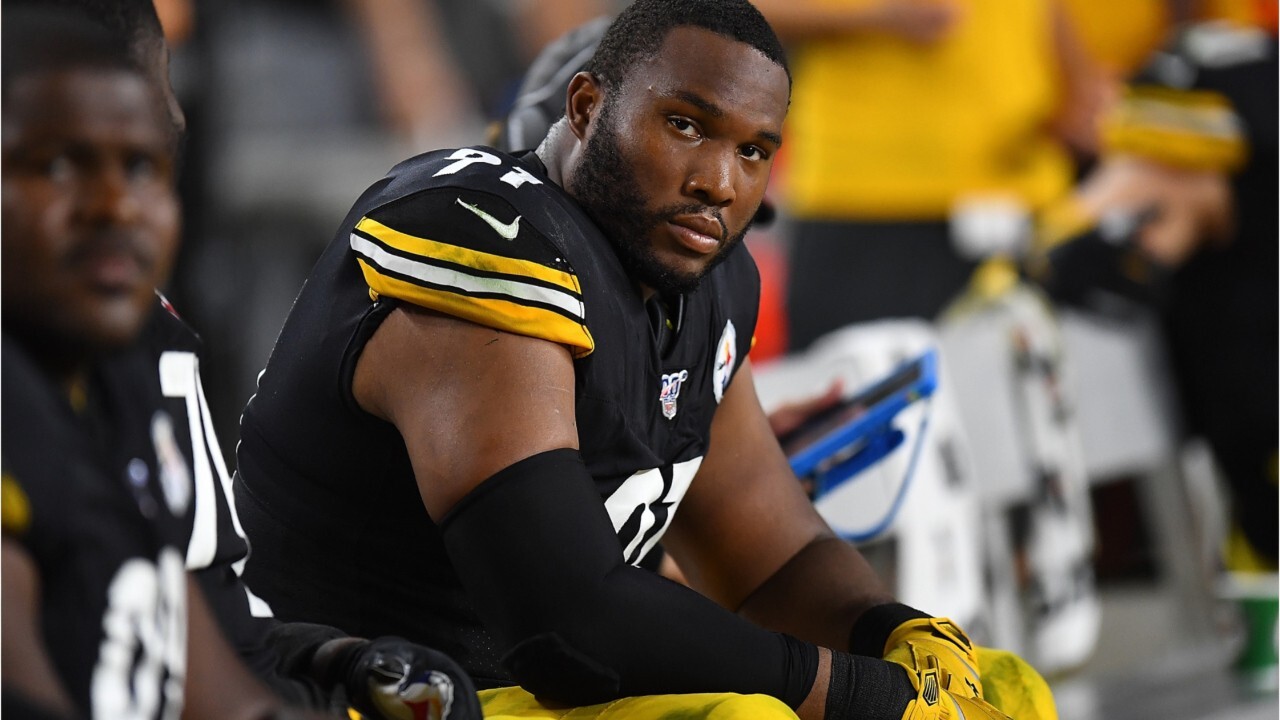 This news comes just one day after Orlando Magic forward Jonathan Isaac also stood for the National Anthem before the team’s game and chose not to wear a BLM T-shirt that other players and coaches usually sport during warmups.

In June, Isaac was asked about the protests following the death of George Floyd and told Click Orlando at the time: "Just because we are in the position of being an NBA player, it doesn't give us automatically an understanding or insight to issues that happen around us. But I think because we have the ear of so many it's important for us to be diligent, to be vocal, but in a balanced way.”

The same day Issac chose not to kneel, the head coach of the San Antonio Spurs, Gregg Popovich — along with Spurs assistant coach Becky Hammon — also stood for the anthem, NBA.com reported. The league also noted that Popovich is a graduate of the United States Air Force Academy.

“I did feel a little bit of a load lifted off my shoulders when they did that,” Leonard added. “Each of those individuals had their own personal reasons, just as I do.”

Heat forward Andre Iguodala, who is a member of the National Basketball Players Association’s Executive Committee, said he respected Leonard’s choice to stand, adding that it would be hypocritical to not see things from his point of view.

On Saturday morning, Leonard received a text from his brother Bailey before the game, a few hours prior to the anthem. Leonard said his brother told him: “Stay true to you. Stay the course. I love you. Your family loves you. Your community loves you.”

Leonard credited the support of his brother and his teammates with giving him the strength to make a seemingly unpopular decision, but one that he knew in his heart was right.

President Trump weighed in on the various anthem demonstrations from athletes across the sports spectrum last month.

"Looking forward to live sports, but any time I witness a player kneeling during the National Anthem, a sign of great disrespect for our Country and our Flag, the game is over for me!” he had tweeted.