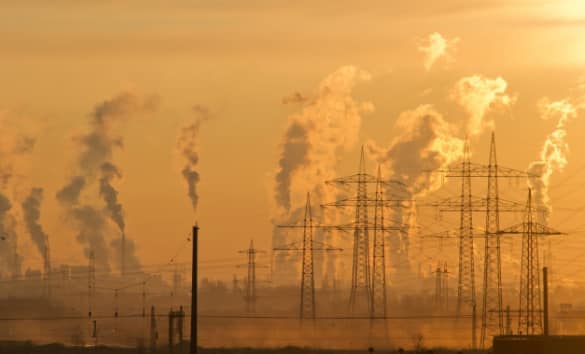 New Delhi: The global climate crisis could see more than a billion people displaced from their homes in the next 30 years, as ecological disasters drive mass migrations and greater armed conflict, a new report has revealed.

According to the report, The Institute for Economics and Peace (IEP), 19 countries facing the highest number of threats, including water and food shortages and greater exposure to natural disasters, are also among the world`s 40 least peaceful countries, which includes, Syria, Iraq, Chad, India and Pakistan.

Over the next 30 years, the report found that 141 countries are exposed to at least one ecological threat by 2050. The report revealed the country with the largest number of people at risk of mass displacements in Pakistan, followed by Ethiopia and Iran.

In these countries, even small ecological threats and natural disasters could result in mass population displacement, affecting regional and global security.

"Ecological threats and climate change pose serious challenges to global peacefulness. Over the next 30 years lack of access to food and water will only increase without urgent global cooperation," Steve Killelea, Founder & Executive Chairman of the Institute for Economics and Peace, said in a statement.

"In the absence of action civil unrest, riots and conflict will most likely increase. Covid-19 is already exposing gaps in the global food chain," Killelea added.

Today, 2.6 billion people experience high or extreme water stress – by 2040, this will increase to 5.4 billion people, according to the report.

Some of the worst affected countries by 2040 will be Lebanon, Singapore, Israel and Iraq, while China and India are also likely to be impacted.

According to IEP, aid can be used as a mechanism to build resilience to ecological shocks such as droughts, water stress and food insecurity in developing countries.

So far, India received the largest amount of climate-related aid in 2018, amounting to the US $6.5 billion dollars. Although these increases are substantial, they fall well short of what is needed to address these issues going forward, the report said.

Pope Francis: borders should be ‘windows,’ not barriers of division

Pope Francis: borders should be ‘windows,’ not barriers of division