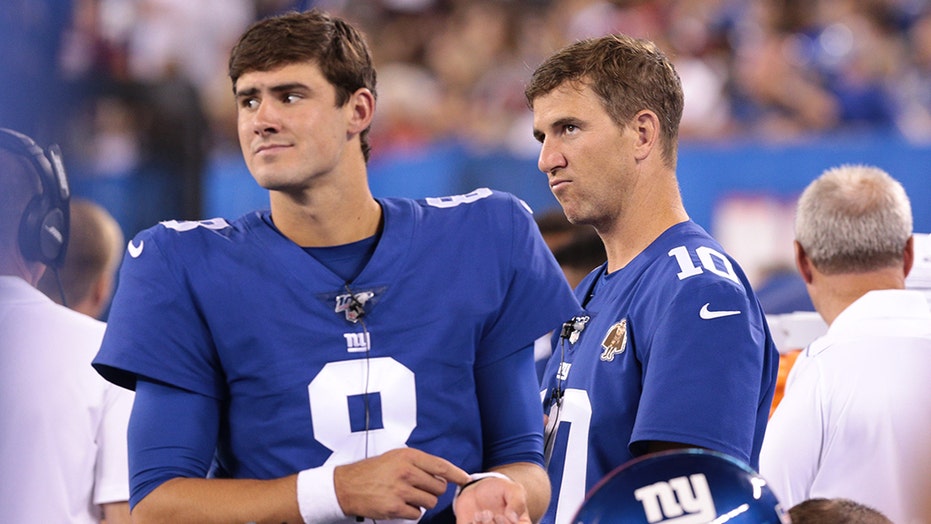 The NFL kicks off a new season on FOX

The New York Giants will be missing an integral piece to their franchise when they step out onto the field at MetLife Stadium for their game against the Pittsburgh Steelers on Monday.

For the first time in more than 16 years, the Giants will not have Eli Manning on their roster.

GIANTS' JOE JUDGE REFLECTS ON 9/11 ATTACKS: 'THAT’S THE LESSON EVERYONE HAS TO TAKE, HOW RESILIENT THIS COUNTRY IS'

Manning retired at the end of the 2019 season, officially ushering in the Daniel Jones era. Jones will be making his first-career Week 1 start. He took over for Manning before Week 3 of the regular season. He finished with 3,027 passing yards, 24 touchdown passes and 12 interceptions in 13 games.

NEW YORK GIANTS: WHAT TO KNOW ABOUT THE TEAM'S 2020 SEASON

Manning, 39, finished his career with 57,023 passing yards, 366 touchdown passes and 4,895 completions. As a starter in the regular season, he finished with a 117-117 record over the course of 16 years. He also helped the Giants win two Super Bowls – both over the New England Patriots.

The Giants issued a statement following the retirement announcement, saluting Manning for his contributions to the organization and highlighting his two Super Bowl MVPs.

"For 16 seasons, Eli Manning defined what it is to be a New York Giant both on and off the field," John Mara, the Giants' president and chief executive officer, said in a statement in January.

"Eli is our only two-time Super Bowl MVP and one of the very best players in our franchise's history," he continued. "He represented our franchise as a consummate professional with dignity and accountability. It meant something to Eli to be the Giants quarterback, and it meant even more to us."