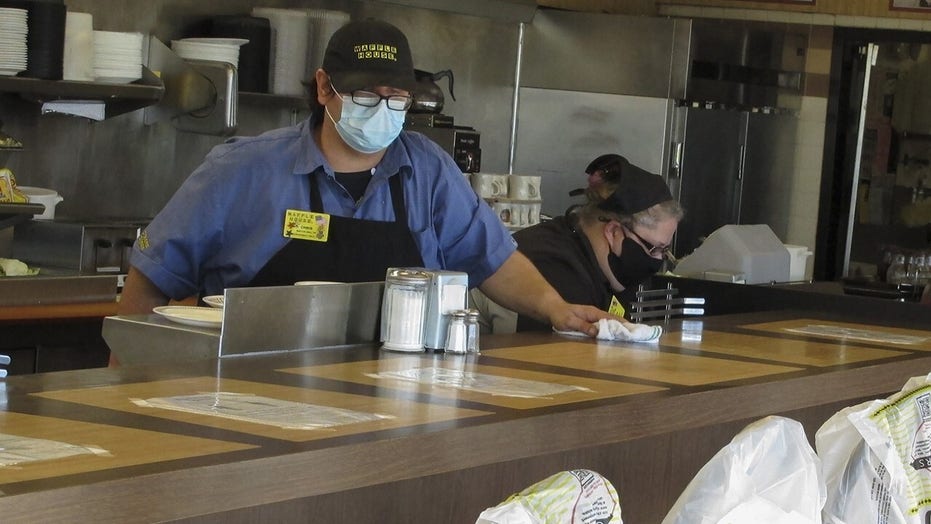 Steve Harrigan reports from Atlanta with the latest.

The analysis conducted by the University of Maryland’s Transportation Institute drew “from near-real-time data collected through the use of location-based apps” to develop algorithms used to “identify how mobility patterns have evolved throughout the course of the pandemic,” a university press release said.

In the week after Georgia began its first phase of reopenings on April 24, an average of 546,159 people visited the state per day, mostly from adjacent states where lockdown measures remained in place at the time, according to The Washington Post, which first reported the analysis’ findings.

That number included an additional 62,440 – a 13 percent increase – in people who entered the state per day compared to the week before the stay-at-home order expired, Lei Zhang, the lead researcher and institute's director, told the Post.

About 92 percent of daily visitors came from Alabama, South Carolina, Tennessee and Florida.

Though those states had also begun lifting some lockdown measures, Georgia had reopened the most suddenly. That week, Georgia’s restaurant dining rooms, gyms, hair salons and barber shops, as well as entertainment venues, such as bowling alleys and movie theaters, reopened their doors.

Meanwhile, Alabama, South Carolina and Tennessee allowed some retail stores to reopen at limited capacity, with stringent social distancing in place. Tennessee had also allowed restaurant dining rooms to reopen at the time.

Meagan Fitzpatrick, an assistant professor at the University of Maryland’s School of Medicine, said that the increase in interstate travel found in the analysis highlighted the need for surrounding states to coordinate their reopenings to prevent further spread of infection.

"It's exactly the kind of effects we've been worried about," she told the Post. "This is not an unpredictable outcome with businesses opening in one location and people going to seek services there."

DC MAYOR: 'NO PHASE 1 REOPENING DATE AT THIS POINT' DESPITE MOVES BY VIRGINIA

She added that it would take another two weeks to determine if the increase in out-of-state visitors will lead to a spike of coronavirus cases in Georgia. But even if data needed time to catch up, the types of businesses that reopened in Georgia – hair salons, dining rooms and movie theaters – all allowed for more person-to-person contact, increasing the risk of transmission.

The analysis did not determine where in Georgia the visitors went once entering the state. Zhang said he suspected most visitors came for personal reasons, given many employers did not reopen before May 1.

"I don't think all of them were going to the barbershop," Zhang said. "But it seems people are traveling there for things they can't do, or for business that aren't open, in their own state."

Zhang said the analysis found its largest spike – a 17 percent increase – in visitors from Florida, where many beaches at begun reopening at the time, but most non-essential businesses remained closed for another week.

Other states, such as Virginia and Maryland, plan to reopen in a limited capacity by mid-May. Meanwhile, the mayor of Washington D.C. said the district will remain closed until a downward trajectory in cases is observed. The University of Maryland researchers said they expect infection to spike if one jurisdiction reopens before others.

They argue that because people who work in metropolitan areas, such as New York City or Washington D.C., often live in another state, the United States shouldn’t piecemeal their reopenings and surrounding states need to strategize together on how to best come out of lockdown amid the pandemic to prevent a new wave in infections.