(RNS) — Colton Underwood has had a few public identities: a defensive end on a Division 1 football team and an aspiring pro player. In 2019 he was introduced to the American public as that season’s “Bachelor.”

Now, his new Netflix show, “Coming Out Colton,” is reintroducing him just as the title says: as a gay man navigating being out for the first time.

The show captures Underwood, a Christian who was educated at Catholic schools, beginning the process of coming out to his family and friends several months before his public announcement in April on “Good Morning America.” It’s not a new identity, just a correction of a public persona created in many ways for the cameras.

“I lived my life so publicly straight, and I think I backed myself into a corner in my life that I felt like the only way for me to really be at peace with myself is to be my true self in front of everybody else,” Underwood told Religion News Service.

“So that’s a reason why the cameras were there,” he said, explaining why he invited documentarians to film his latest life passage. “And also, the cameras really helped hold me accountable for a lot of conversations that I put off for about 29 years of my life.”

Underwood seems to want to atone for past wrongs: his life in the closet, his appearance on “The Bachelor,” which he excuses by saying that such a high-profile display of heterosexuality might actually make him straight. He recognizes this was ill-advised on several counts: Paramount among those is the way he allegedly treated “Bachelor” girlfriend Cassie Randolph, who filed a restraining order against him for stalking and harassment after their relationship went sour.

But reality TV, ironically, is not a medium for showcasing real vulnerability. The show mostly feels like a gay “Bachelor,” especially the episode that shows Underwood’s “coming out party” in Nashville, Tennessee, where his friends drink on a party truck with a drag queen and encourage him to make out with any of the buff, gay suitors they’ve brought along. It’s a proud showcase of sexuality that fits perfectly for a “Bachelor Nation” audience. 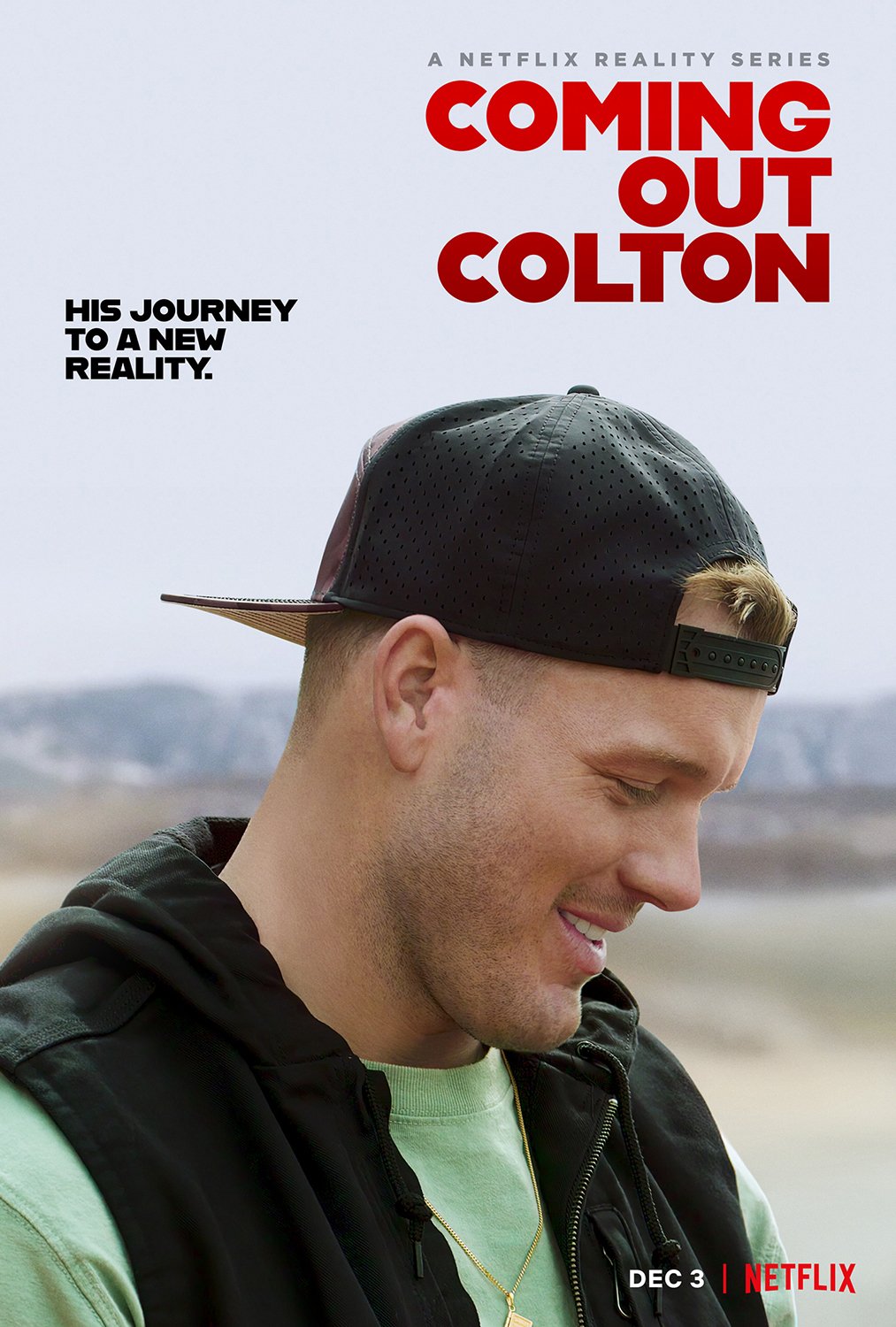 If the show occasionally carries an emotional impact despite itself, it’s because the process of coming out is unavoidably grueling. Each time Underwood comes out to his parents, a friend, his high school coach, there is an agonizing moment of will-they-won’t-they as he waits for their support.

Underwood said he hopes the show will foster dialogue across religious and social lines.

It duly comes as no great surprise that the first strong objections come from Underwood’s church friends and his pastor, who invites him during the show to continue coming to church, with the caveat: “I would just have a different opinion than you about your story.”

Underwood later told RNS, “I think it was important for me to sort of say, ‘That’s not fair, that’s what’s gotten me into this position and has honestly crippled my coming out for a long time.’”

Balancing that picture are cameos from queer Christian leaders as Underwood visits the Metropolitan Community Church of the Rockies, a Denver outpost of the LGBTQ-affirming mainline Protestant denomination, and speaks with Nicole Garcia, a transgender female pastor at the ELCA Westview Church in Boulder, Colorado. Both serve as models for both tough love and total acceptance.

While he told RNS that he’s “not ready yet,” Underwood said he may someday want to take on a similar role. “I have expectations of myself,” he said. “I hold myself to a high standard and I would love nothing more than to be an advocate for the communities that I represent.”

For now, he said no longer goes to church as often as he used to but still participates in Bible studies with friends and reads the Bible for himself. He always returns to his favorite verse, from the Book of Jeremiah: “‘For I know the plans I have for you,’ declares the Lord, ‘plans to prosper you and not to harm you, plans to give you hope and a future.’” 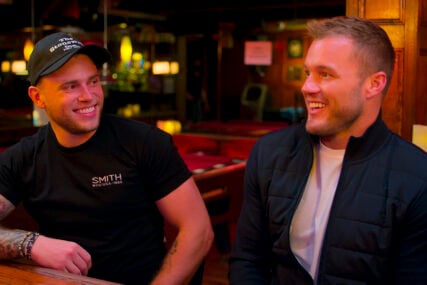 Gus Kenworthy, left, and Colton Underwood in episode 105 of “Coming Out Colton.” Courtesy of Netflix

He added: “My relationship with God right now, to be honest with you, is the best it’s ever been. It’s on my terms.”

Underwood says reading the Bible has helped him prepare for conversations in which others use it to tell him his sexuality is a sin.

He counsels others entering those difficult conversations to “make sure you’re ready,” while also comforting them, saying, “But also, everything’s gonna be OK. You’re going to be accepted — and it’s not always with the people who you think it is going to be with,” he said. “It’s going to be with other people. You’ll find love and you’ll find acceptance in some part of your life. At the end of the day, you’re going to be loved.”

March for Life 2022: ‘A great witness to the sanctity of human life’

Photos of the Week: March for Life, Buddhists in South Korea, MLK

At March for Life, a mix of triumph and apprehension