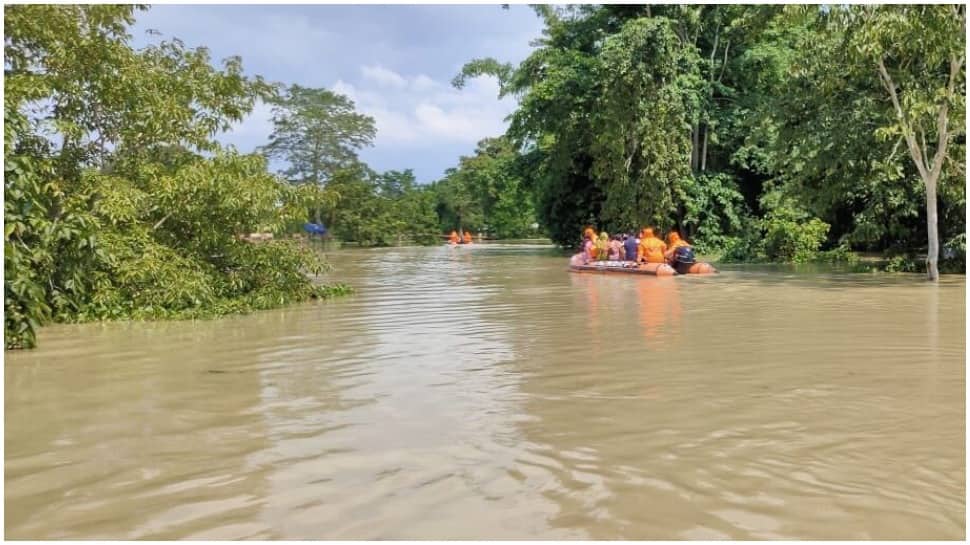 A man drowned in Jia Bharali river in Biswanath district.

The ASDMA officials said that as many as 34,000 people from 109 villages in Dhemaji, Lakhimpur, Biswanath and Chirang districts in eastern Assam have been affected.

The floods, caused by incessant rain in the past few days, also inundated 4,200 hectares of cropland besides submerging the low lying areas.

Like previous years, Assam until the first week of August witnessed devastating floods that killed 113 people in 22 districts, while 26 others were killed in landslides since May 22.

With a respite in monsoon rains, the situation significantly improved in the first week of August even as 57 lakh people were affected in 5,378 villages in 30 of the state`s 33 districts.

A six-member Central team led by Sandeep Poundrik, Joint Secretary (Mitigation), National Disaster Management Authority, had visited Assam last month to assess the damage caused by the floods, which also killed domestic and wild animals in various sanctuaries and national parks, including the world-famous Kaziranga National Park, where 18 rhinos and 135 wild animals died due to the deluge.