Former Atlanta Police Officer Garrett Rolfe and Officer Devin Brosnan both surrendered themselves to law enforcement on Thursday, one day after charges were filed against them by the Fulton County District Attorney over the death of Rayshard Brooks.

Records from the county jail show that Brosnan turned himself in before noon on Thursday, while Rolfe surrendered to police about three hours later, according to Fox 5 in Atlanta.

Brooks, 27, was shot dead by police on Friday after the officers responded to a call about a man asleep behind the wheel of his car near a Wendy's drive-thru.

Body cam and dash cam video showed Rolfe and Brosnan speaking to Brooks for nearly 30 minutes on suspicion of DUI. His blood-alcohol level registered as .108. The legal limit: .08.

Brooks broke free and struggled with the police, knocking their body cams off. They could be heard warning Brooks that he was going to be tased. Brooks eventually got ahold of Brosnan's Taser in the struggle, before a chase ensued. A few moments before the shots rang out, Brooks reportedly turned toward the officers with the Taser in his hand. He was shot twice in the back.

Brosnan, 26, had a signature bond on charges of aggravated assault and three counts of violating his oath of office in connection to the incident. Fox 5 was on the scene as Brosnan left the county jail. 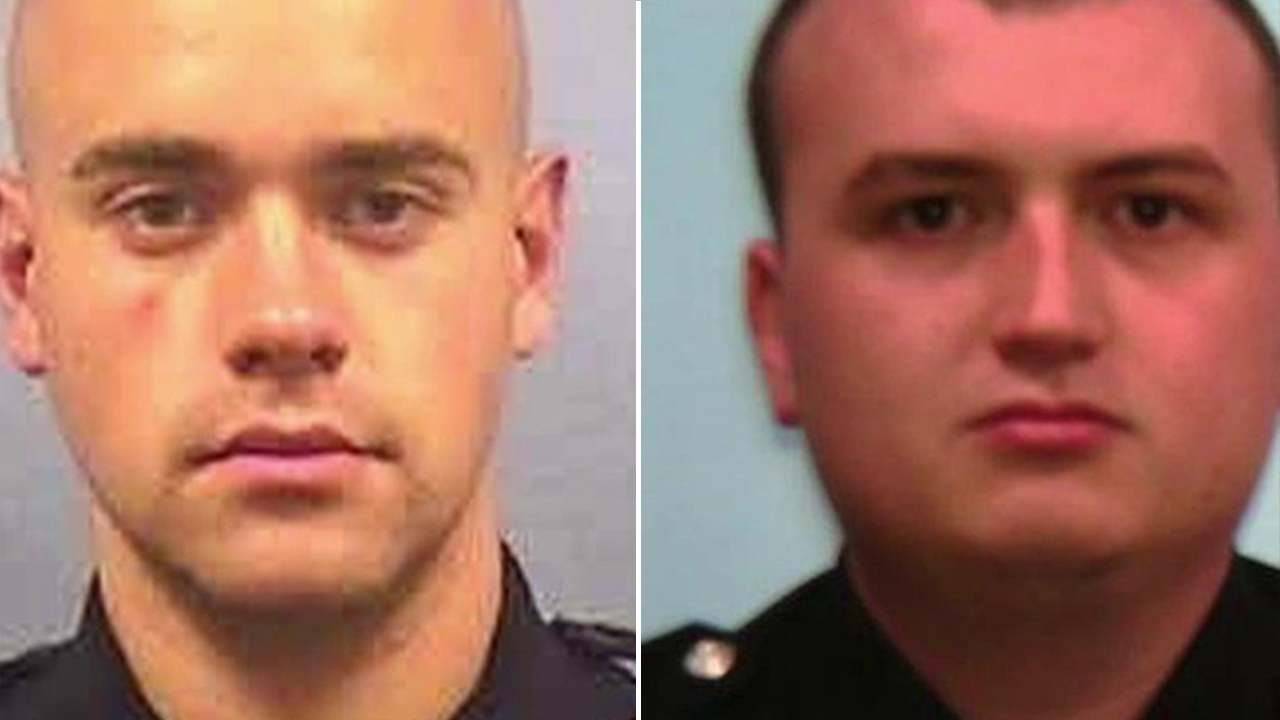 Rolfe, 27, is the officer who pulled the trigger. He will face 11 charges, including felony murder and multiple counts of assault with a deadly weapon. The felony murder charge against him carries a term of life in prison, or the death penalty if prosecutors decide the case warrants such measures.

He was also fired from the Atlanta Police Department, just days after news of the shooting broke.

Rolfe’s lawyers argue that the officer feared for his and others’ safety and only opened fire after he heard a sound, “like a gunshot and saw a flash in front of him,” which apparently came from the Taser Brooks had gotten ahold of.

“Mr. Brooks violently attacked two officers and disarmed one of them. When Mr. Brooks turned and pointed an object at Officer Rolfe, any officer would have reasonably believed that he intended to disarm, disable or seriously injure him,” Rolfe's lawyers said in a statement.

Brosnan and Rolfe had until 6 p.m. today to turn themselves in. Howard said he would request a $50,000 bond for Brosnan and no bail for Rolfe.

Who Is Opal Lee? Her Campaign to Make Juneteenth a Holiday

Pelosi Orders Removal of Four Confederate Portraits From the House

Pelosi Orders Removal of Four Confederate Portraits From the House