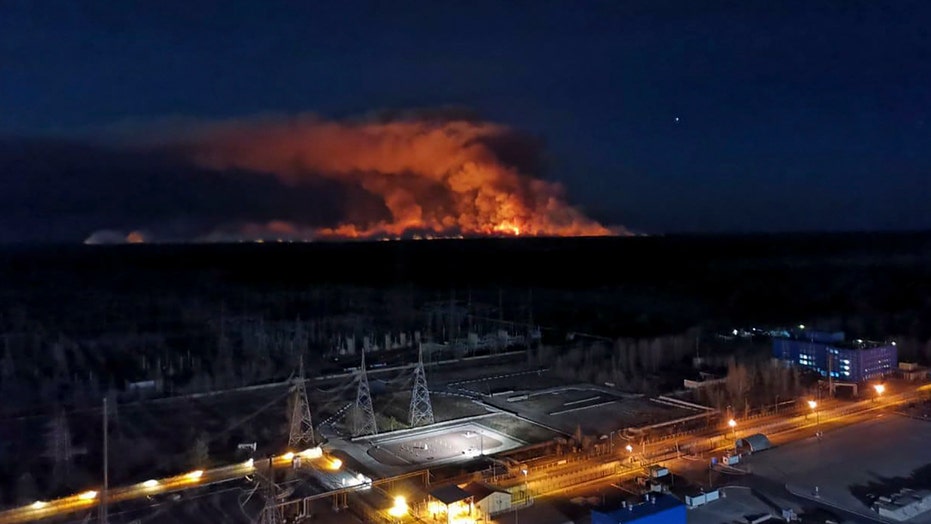 Learn about the world’s worst nuclear disaster that befell a Chernobyl, Ukraine power plant and left its effects still being felt today.

KYIV, Ukraine – Ukrainian officials said Tuesday they have extinguished forest fires in the radiation-contaminated area near the Chernobyl nuclear power plant, but acknowledged that grass was still smoldering in some areas.

Hundreds of firefighters backed by aircraft have been battling several forest fires around Chernobyl for the past 10 days. They contained the initial blazes, but new fires raged closer to the decommissioned plant.

Emergencies Service chief Mykola Chechetkin reported to President Volodymyr Zelenskiy that rains helped firefighters put out the flames, but acknowledged that it would take a few more days to extinguish smoldering grass.

Chechetkin said emergency workers have prevented the fire from engulfing radioactive waste depots and other facilities in Chernobyl. 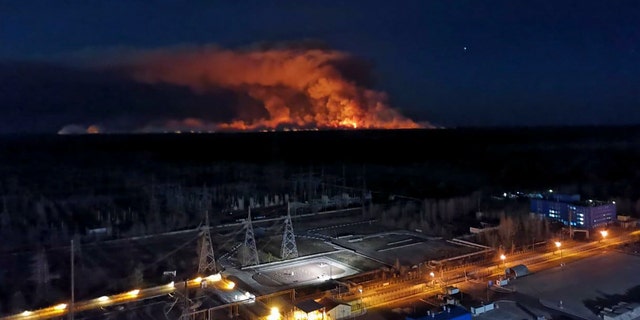 In this photo taken from the roof of Ukraine's Chernobyl nuclear power plant late Friday April 10, 2020, a forest fire is seen burning near the plant inside the exclusion zone. (Ukrainian Police Press Office via AP)

The emergency services division said radiation levels in the capital, Kiev, about 60 miles south of the plant, were within norms.

On Monday, activists warned that the blazes were getting dangerously close to waste storage facilities.

Yaroslav Yemelyanenko, a member of the public council under the state agency in charge of the closed zone around the plant, said one fire was raging within about 1.2 miles from one of the radioactive waste depots.

Last week, officials said they tracked down a person suspected of triggering the blaze by setting dry grass on fire in the area. The 27-year-old man said he burned grass “for fun” and then failed to extinguish the fire when the wind caused it to spread quickly. 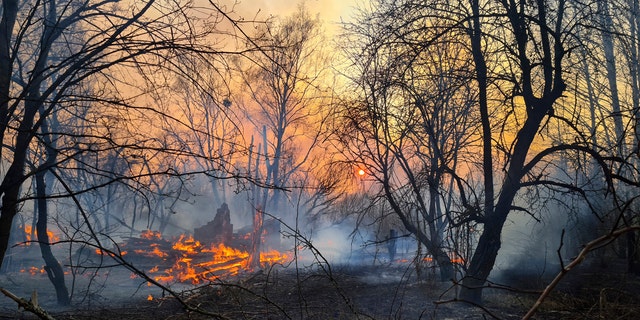 A view of a forest fire burning near the village of Volodymyrivka in the exclusion zone around the Chernobyl nuclear power plant, Ukraine, Sunday, April 5, 2020. (AP Photo/Yaroslav Yemelianenko)

On Monday, police said that another local resident burned waste and accidentally set dry grass ablaze, triggering another devastating forest fire. They said he failed to report the fire to the authorities.

The 1,000-square-mile Chernobyl Exclusion Zone was established after the April 1986 disaster at the plant that sent a cloud of radioactive fallout over much of Europe. The zone is largely unpopulated, although about 200 people have remained despite orders to leave.

Blazes in the area have been a regular occurrence. They often start when residents set dry grass on fire in the early spring — a widespread practice in Ukraine, Russia, and some other ex-Soviet nations that often leads to devastating forest fires.