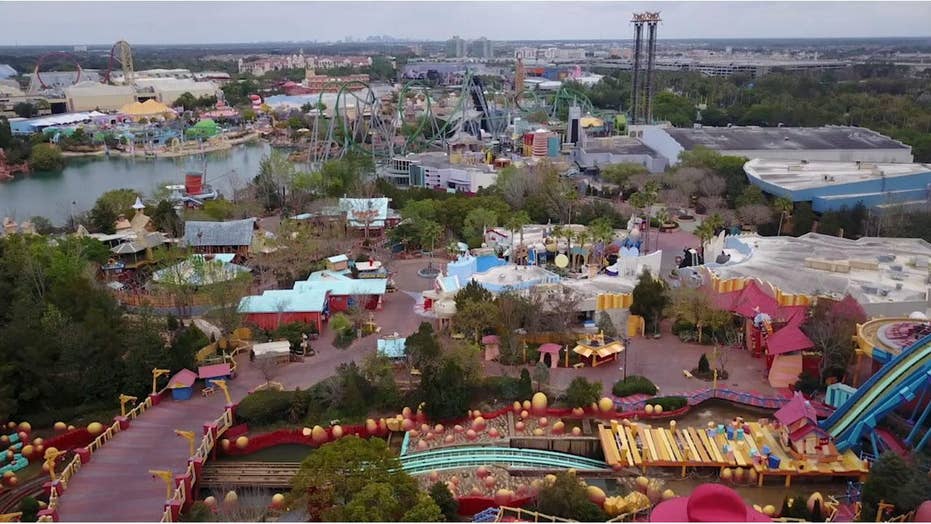 Florida's tourism industry is considered one of the state’s economic backbones according to economists. But, as Coronavirus fears mount nationwide, many of the state's tourist attractions like Disney World, Universal and SeaWorld remain closed. Gov. Ron DeSantis is also urging spring breakers to stay away. Even so, experts believe a strong economic recovery is possible.

ORLANDO, Fla. – On an unusually quiet evening at Orlando International Airport, an exhausted couple heads down the escalator toward baggage claim to retrieve their belongings.

Jack and Lucy Howarth, who just made the over 11,000-mile journey from Perth, Australia, are here for their two-year wedding anniversary. 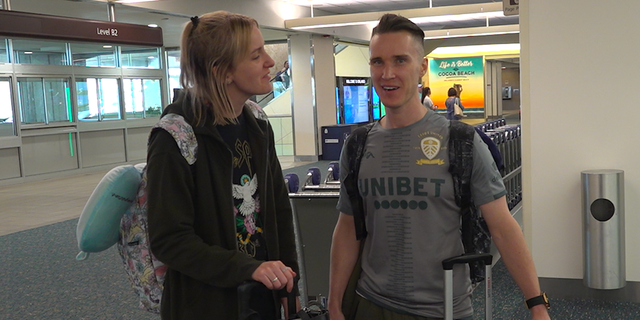 When they booked this trip 10 months ago, they ironed out an extensive itinerary with plans to meet up with friends from the United Kingdom, visit all the Orlando theme parks, and then proceed onward to other cities around the country before heading home.

But, the trip has gone anything but according to plan.

“Our plans in Orlando were to go to Disney and Universal, and then we found out the day we were leaving that it was all shut (sic),” Howarth told Fox News. “We thought we’re coming here, we’re gonna go see our friends, have loads of fun. And now … we don’t know what to do in Orlando.”

Jack and Lucy are just two of the over 100 million people who visit Florida every year. About 126.9 million came to the Sunshine State in 2018, according to Visit Florida, with Visit Orlando claiming 75 million people visited its city alone that same year — more than any other city in the country.

But, with coronavirus fears continuing to grow around the country, and now over 1,000 confirmed cases in the state, Florida is without many of the attractions that make it such a popular destination.

Disney World, Universal Orlando and SeaWorld are all shuttered until the end of the month.

Spring training, which brings baseball fans of 15 different MLB teams into the state, has been canceled.

Government officials from the Florida Keys, a popular vacation spot, moved this past weekend to temporarily close the islands to visitors.

The City of Miami Beach and Miami-Dade County have ordered commercial lodging establishments like hotels to shut down.

And while some beaches remain open in the state, Florida Gov. Ron DeSantis on "Fox and Friends" last week urged spring breakers to stay away.

“The main message for spring breakers is that the party is over in Florida,” said DeSantis, later adding, “We would tell those folks maybe come back next year when things are better.”

The governor has also temporarily closed bars and nightclubs in the state, and restaurants have been forced to close their dining rooms and move to takeout only in an effort to combat the virus’ spread.

“I think Florida is one of the states that is going to feel the most pain from restrictions that have an impact on [the tourism] sector,” Sean Snaith, director of the Institute for Economic Competitiveness at the University of Central Florida, told Fox News.

While Snaith says that Florida’s economy has diversified over the past 20 years and has seen growth in areas such as infrastructure and construction, he still describes tourism as the state’s economic “backbone.”

Numbers from the organization Visit Florida show that out-of-state visitors in 2017 pumped $85.9 billion into the state’s economy.

COVID-19, however, is having an adverse effect on tourism. Visit Orlando notes that while it is still too early to know exactly how much the coronavirus pandemic has cost the city, it has seen a “significant number of leisure travelers cancel their trips to Orlando.” 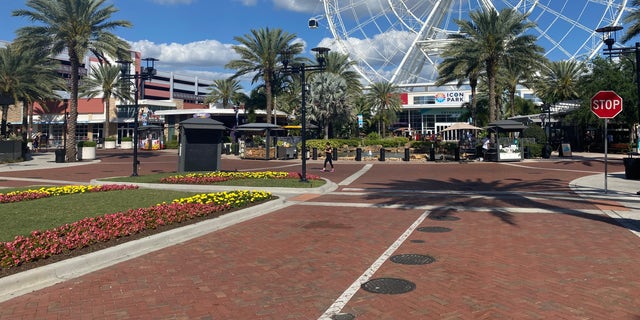 Even so, Visit Orlando feels bullish about a strong recovery.

George Aguel, the organization’s president and CEO, said in a statement to Fox News that, “our marketing team is developing an aggressive recovery plan to drive visitation, once conditions return to favorable. The fact that over 91 percent of Orlando’s visitors are from the U.S. will serve us well when Americans are ready to travel domestically again.”

Snaith frames this as short term vs. long term economic scenarios. In the short term, he believes that the tourism industry will take a hit, which will, in turn, “ripple” to other aspects of the Florida economy.

Long term, however, he agrees with the sentiments of Visit Orlando, noting that the Florida tourism industry has weathered difficult times in the past, including events like hurricanes, the housing crisis and the Zika virus outbreak.

Yet, it has always bounced back.

“We’ve seen this industry take some hits and come back. Usually, even stronger in the wake of these events,” said Snaith. “I expect this will be the same.”

What further gives him confidence for a rebound is the January Florida jobs report, in which the unemployment rate dropped down to 2.8 percent.

“The U.S. consumer was in a really good position prior to this virus. The economy was strong,” said Snaith. “The economic aspect of this virus to an economy that was very healthy to begin with I think bodes well for a less severe impact and a quicker recovery once we get to the other side.”

As an example, the year Hurricane Irma hit Florida, 2017, the state garnered 118.4 million visitors. That number was up from 2016, which saw 112.2 million people travel to the state.

In the short term, however, some visitors still feel skittish.

When Jack and Lucy Howarth first spoke to Fox News, their plan was to make the most of their wedding anniversary trip.

“We’re here now, we’re on vacation, so we’re gonna try and have some fun,” said Jack Howarth, with a dejected laugh.

Less than a week later, they made the decision to call it quits and head home.

"Just bad timing for our trip," he added. "Hopefully, we will be stateside sometime in the future."