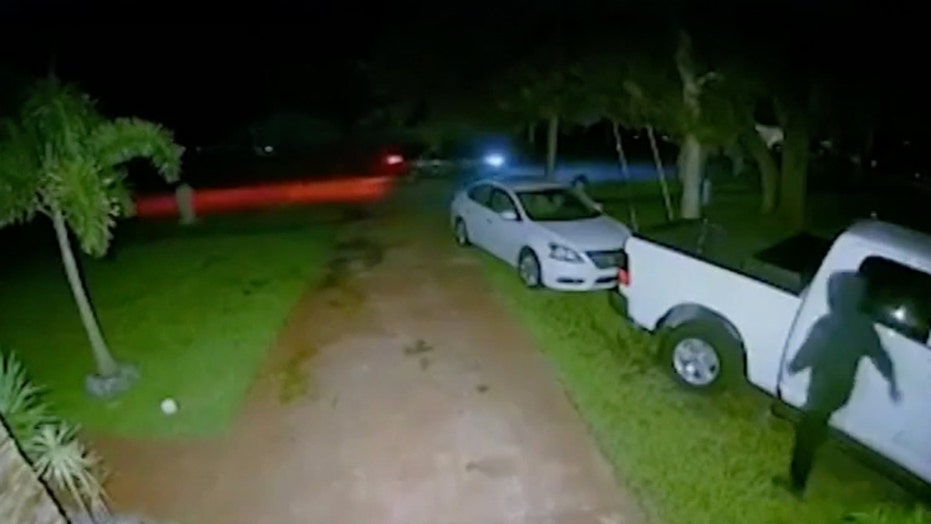 A Florida deputy aboard a county sheriff’s helicopter early Sunday helped catch a trio of suspected car thieves after his phone alerted him to the suspects lurking in his own driveway while he was already in the air.

The Seminole County deputy was taking off in the sheriff office’s Alert One helicopter around 2 a.m. when his Ring camera alerted him to movement outside his home, the sheriff’s office said. The deputy watched a live video that showed two suspects checking the handles of vehicles in his driveway while an SUV followed them through the neighborhood.

“I called Volusia and told them, ‘Hey, we were about to fly anyways, is there any way we could help,” Senecal told FOX35 Orlando.

Aerial video shows Senecal and his pilot tracking the suspects from the sky as deputies on the ground zeroed in on them.

When deputies attempted a traffic stop, the suspects fled in the SUV, officials said. Deputies used stop sticks to pierce the vehicle’s tires and force it to slow down. 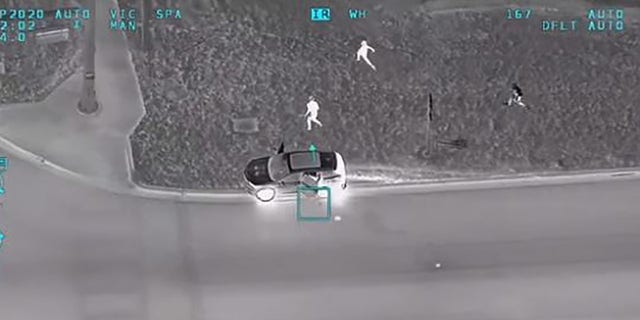 The suspects bailed out of the stolen SUV after running over stop sticks. (Seminole County Sheriff's Office)

The suspects are seen on chopper video bailing out of the still-rolling SUV and attempting to escape on foot. Senecal followed the suspects to a backyard of a residence where the other deputies finally took them into custody without further incident. 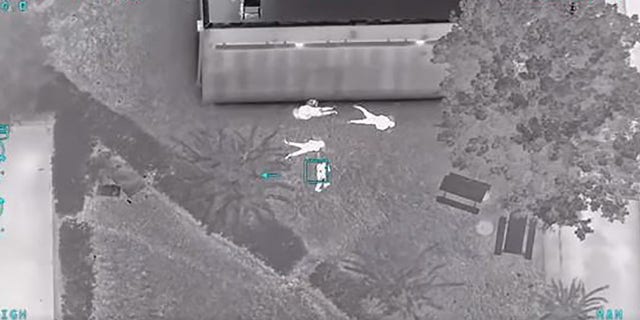 The suspects were eventually caught after trying to escape on foot. (Seminole County Sheriff's Office)

The three suspects were juveniles ages 16, 15 and 14, the sheriff’s office said. The vehicle they had been driving was reported stolen in Orange County. Deputies found several wallets, a ski mask and a window breaching tool inside the vehicle.

Investigators were able to link the three suspects to a string of other car break-ins throughout Deltona.

“This one, when you have an actual investment in the call, it kind of amped up that excitement a little bit, which is why you could hear at the end of the video I made sure to let everyone know I was grateful of them,” Senecal told the station of his Volusia County colleagues.