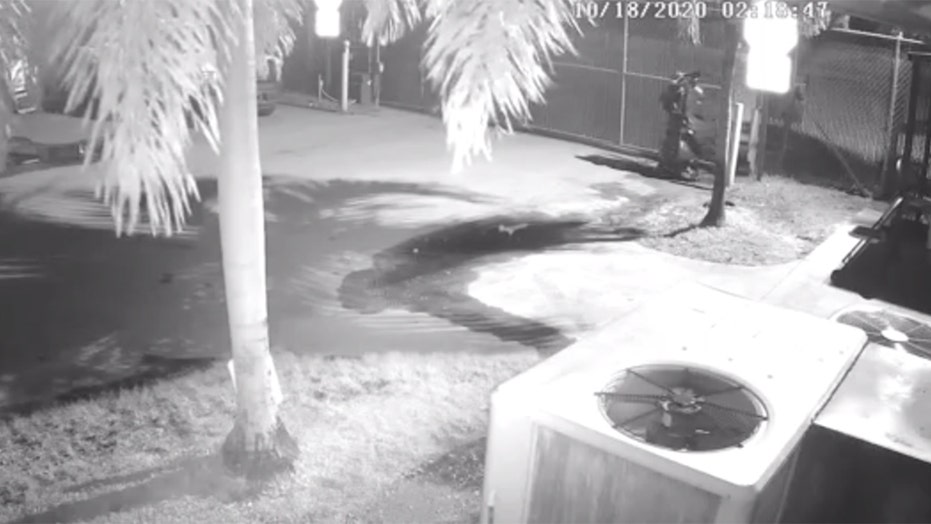 A Florida arsonist was wearing goggles and black trash bags when he torched a dozen commercial garbage trucks worth more than $3 million.

Deputies with the Broward County Sheriff’s Office released surveillance video of the arson on Friday. They said the incident took place in the middle of the night Sunday at Waste Pro in Pompano Beach. 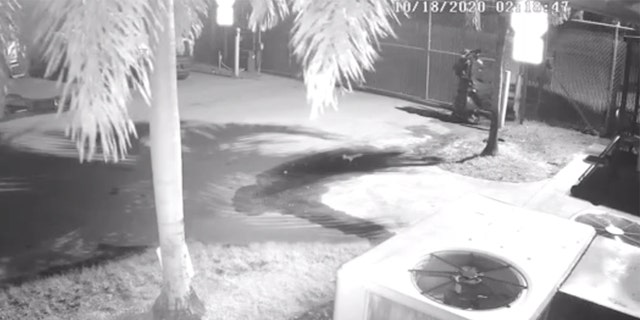 “After the male forced entry, by torching the gate to gain access into the compound, he walked toward the rear of the property alongside the garbage trucks with what appeared to be a gas canister,” said Sgt. Donald Prichard, a spokesman for the sheriff’s office.

Prichard said the arsonist, who was being sought, also set fire to Waste Pro’s office and fled in a black sedan. 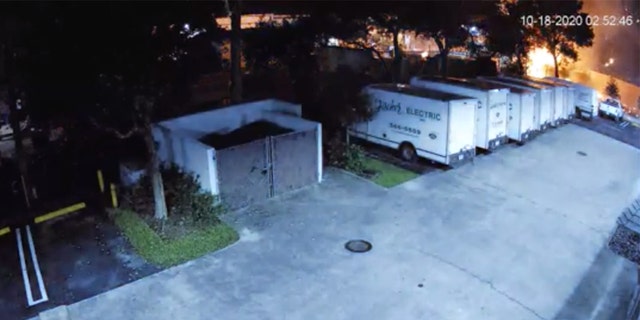 Deputies were also looking for the driver of a white SUV who may have been acting as a lookout.

The fire touched off a loud explosion that shook Maria Elizabeth Tibari’s home and knocked out one of her windows, NBC 6 Miami reported.

It was like a bomb followed by a fireball, TIbari told the station. “The fire … goes up to the sky."

"We are saddened that such an irresponsible act could occur," Waste Pro's Russell Mackie said, according to the station,

Biden, an Amtrak Evangelist, Could Be a Lifeline for a Rail Agency in Crisis

Biden, an Amtrak Evangelist, Could Be a Lifeline for a Rail Agency in Crisis