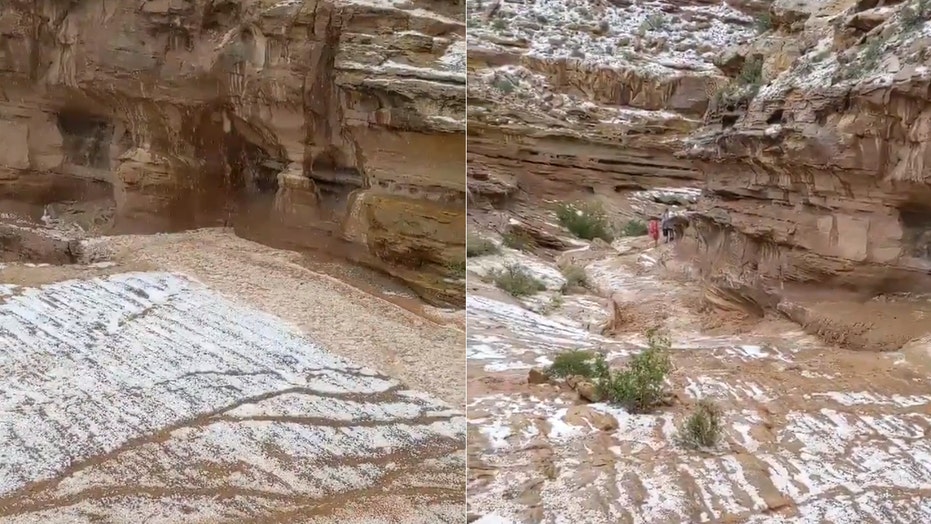 Two sisters, ages 7 and 3, died after flash flooding during a strong thunderstorm near a state park, authorities in Utah said Tuesday.

The Emery County Sheriff’s Office said on Facebook the search for the missing 3-year-old came to a "very sad" end when a Utah Department of Public Safety helicopter located the child's body around noon Tuesday on a bank 28 miles downstream from where she was last seen.

"Our heartfelt condolences are with the family at this very difficult time," the sheriff's office said.

The girls were hiking with their father and mother at Little Wildhorse Canyon Monday near Goblin Valley State Park when an isolated thunderstorm caused flash flooding in the area.

A total of 21 people made it out of the canyon when the floodwaters struck. Officials initially said that vehicles parked at trailheads led searchers to believe that there were still more hikers, but all were able to escape. 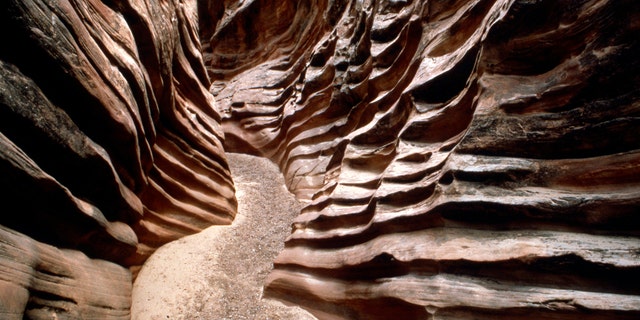 Little Wildhorse Canyon features curving sandstone walls that are so narrow at points that hikers must turn sideways to walk through. Taylor and Tom Gowan Ph.D., meteorology students at the University of Utah, said they were in the canyon when the "freak incident" occurred. 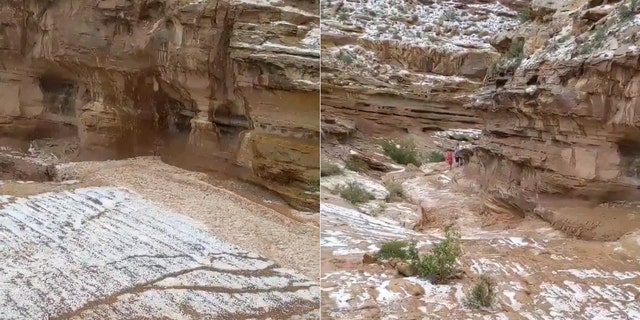 In a series of tweets, Tom Gowan said they heard thunder, turned around and got out of the slot canyon area. 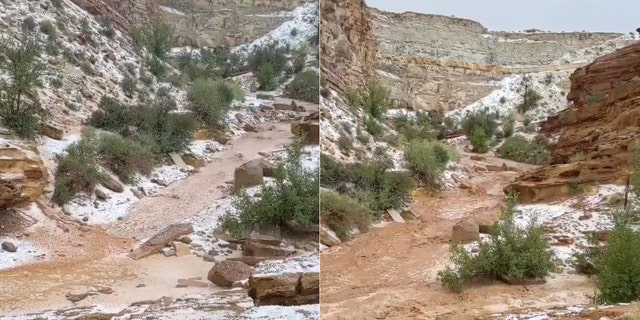 Within seconds, Gowan wrote there was a "violent" 3- to 4-foot "deep river." Gowan estimated it took about 15 minutes for the rain to produce the raging river down the narrow canyons.

"After an hour or so, the water receded enough and we began to head out," he tweeted. "We ran into search and recuse [sic] and learned that people we had passed minutes before taking shelter were taken downstream."

The father of the family, swept away in the rushing water, found the 7-year-old daughter's body before authorities were called to the scene, according to Emery County Sheriff's Office Capt. Kyle Ekker told FOX13. Their names were not immediately released.

Surviving members of the family were swept 3 miles down the narrow slot canyon.

“It was a very emotional search for all involved," sheriff's office spokeswoman Janalee Luke told FOX13. "They have children, they have grandchildren, and any time you throw a child in the mix, it brings a lot of emotion.”

The family from the Salt Lake City suburb of West Jordan was camping in the area for Mother’s Day, the Deseret News reported. Neighbors on Tuesday decorated near the family's home with pink and blue ribbons and a banner message that read, "We love you."

The parents were described as experienced hikers who loved camping and the outdoors.

"Our hearts just shattered for this poor family," neighbor Angie White told FOX13. "The 3-year-old was just like her big sister, and mimicked and parroted everything she said. They were absolute delights!"

The sheriff's office said about 80 people searched on Tuesday by foot, motorcycle and air as they tried to locate the girl.

NWS meteorologist Glen Merrill told FOX13 on Tuesday the thunderstorm, moving 20 mph, combined with intense rainfall and hail to unleash a debris-like flow through the canyons.

“It was a bad deal,” said Merrill. “Any time you get a thunderstorm with heavy rain in canyon country, it’s not a good thing."

Little Wild Horse Canyon is considered a popular, family-friendly trail that displays awe-inspiring colorful stone walls, but flash flooding is a risk in the narrow formations known as a slot canyons.

Desert rains can be dangerous because the hard earth doesn't soak up much water. 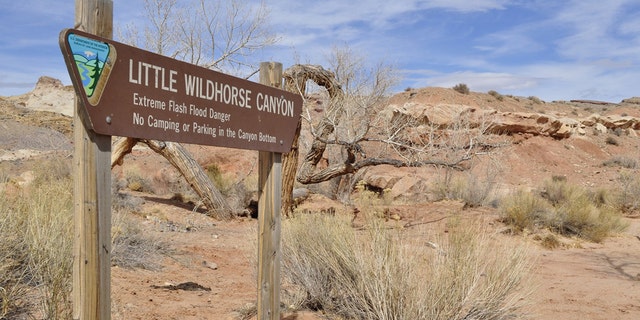 At least 21 people made it safely out of the Little Wildhorse Canyon after an isolated thunderstorm caused flash flooding in slot canyons on Monday. (Emery County Sheriff’s Office)

Instead, the rain collects quickly, often filling narrow slot canyons like a bathtub. The tall, undulating walls have few exits for any hikers inside when the weather hits, quickly turning a casual hike into a dangerous situation.

In 2015, seven hikers died when a storm sent water rushing into a slot canyon in southern Utah's Zion National Park. Floodwaters also killed a dozen people in a polygamous town on the Utah-Arizona border that year.