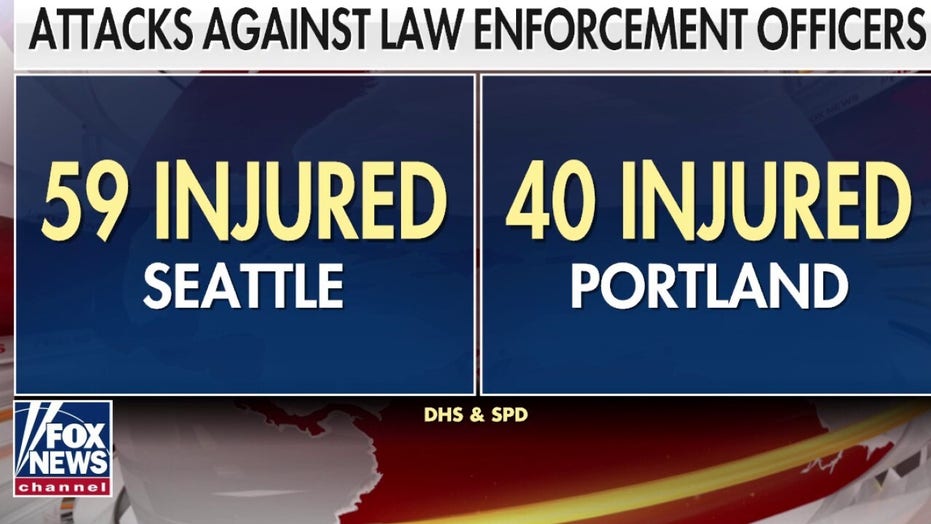 A Massachusetts firefighters union has taken down the “Thin Blue Line” flags it displayed on its trucks in support of police officers, following days of resistance to a town order asking for their removal.

The black-and-white American flags with a single blue stripe were first affixed to the Hingham Fire Department’s trucks in mid-July to honor the two-year anniversary of Sgt. Michael Chesna's death. Chesna, an officer from nearby Weymouth, was attacked with a rock and shot with his own gun by a suspect in 2018, authorities said.

But after a Hingham resident emailed town officials last week asking for the flags' removal, the city’s police and fire chiefs told personnel they would have to comply as the displays were in violation of a town policy prohibiting political messaging on its property, according to The Patriot Ledger newspaper. 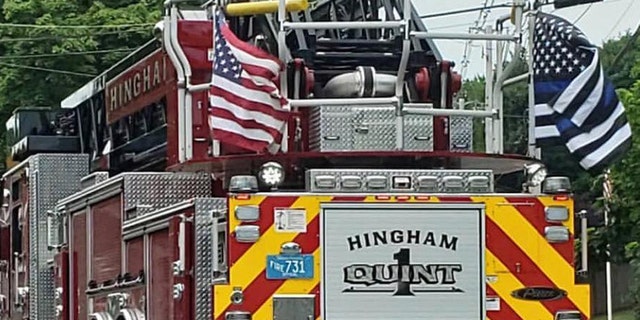 The 'Thin Blue Line' flags that had been displayed on the Hingham Fire Department's trucks have been taken down. (Hingham Firefighters Local 2398)

“We did not want to risk the chance of having these flags removed from the trucks in a disrespectful manner,” the union said in a statement Thursday after police, firefighters and first responders from the area removed the “Thin Blue Line” flags from the trucks.

Hingham Firefighters Local 2398 added that officers who worked alongside Chesna helped remove the flags and they will now “fly with honor” at the Weymouth Police Department headquarters.

Hingham’s Board of Selectmen said earlier this week that the resident who took issue with the flags wrote in an email that they have “undoubtedly become a political symbol, most often used to counter Black Lives Matter and the fight against rampant police brutality. 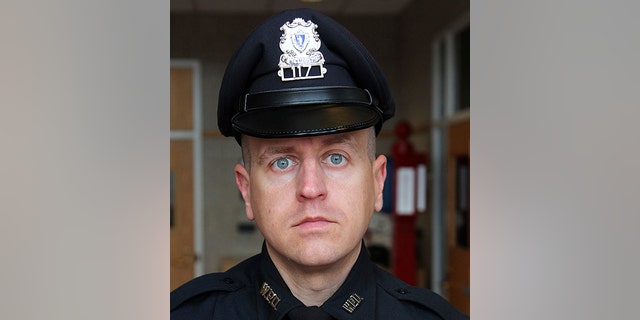 “While Hingham is blessed with a remarkable police force and these problems may not be as relevant to our quiet little town, the symbols are still representative of issues that our country is confronting as a whole,” the message continued.

The board said the resident’s email was then forwarded to the town’s fire chief, police chief and administrator, who each “recognized that displaying the Thin Blue Line flag was inconsistent with the Town’s flag practice.”

The decision was “not based on any ill will towards our police heroes," the board added, noting that it refused a request to fly a rainbow flag last month as a result of the same policy.

For days, the union says it resisted removing the “Thin Blue Line” flags because no member “was able to sacrifice his or her moral fortitude.”

“It has always, and will always, represent the men and women of law enforcement that hold the line between peace and chaos,” said Lt. Chris Melanson, its president, earlier this week. “Especially those who have bravely made the ultimate sacrifice during the performance of these heroic duties.”

“We stand by our initial statement that this has no political message for one reason, and one reason only, because honoring the sacrifices made by the men and women of law enforcement is not political,” he added. “Period.”