The Indianapolis postal worker shot dead as she delivered mail Monday may have been targeted by a suspect that was upset over not receiving a coronavirus stimulus check, a report said.

Angela Summers, 45, was gunned down Monday on her route near East Michigan Street and North Sherman Drive, police have said.

NATIONAL ASSOCIATION OF LETTER CARRIERS: POSTAL SERVICE ON VERGE OF SHUTTING DOWN DUE TO PANDEMIC

A day later, Tony Cushingberry, 21, was arrested and charged with fatally shooting Summers in the chest, according to reports. 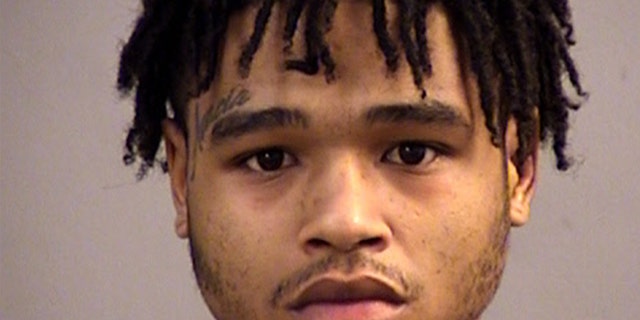 Tony Cushingberry, 21, was arrested on Tuesday, April 28, 2020, by the U.S. Postal Inspection Service and Federal Bureau of Investigations for his alleged involvement in the death of postal worker Angela Summers. (Indianapolis Metropolitan Police Department)

While police haven’t commented on a possible motive, Paul Toms, the president of the National Association of Letters Carriers told WXIN that Summers and residents at the home where the shooting occurred had past disagreements.

“Yes, there was a history on this for quite a while, as I understand it,” Toms told the outlet. “I want something like this to never happen again. It should never happen.”

Toms said he believes the killing occurred because a person inside the home hadn’t received their check.

Mail delivery to the home, Toms said, was halted for two weeks after Summers left notes at the property asking the owners of a small dog to keep the animal away while she delivered mail, according to the report.
CLICK FOR MORE FROM THE NEW YORK POST