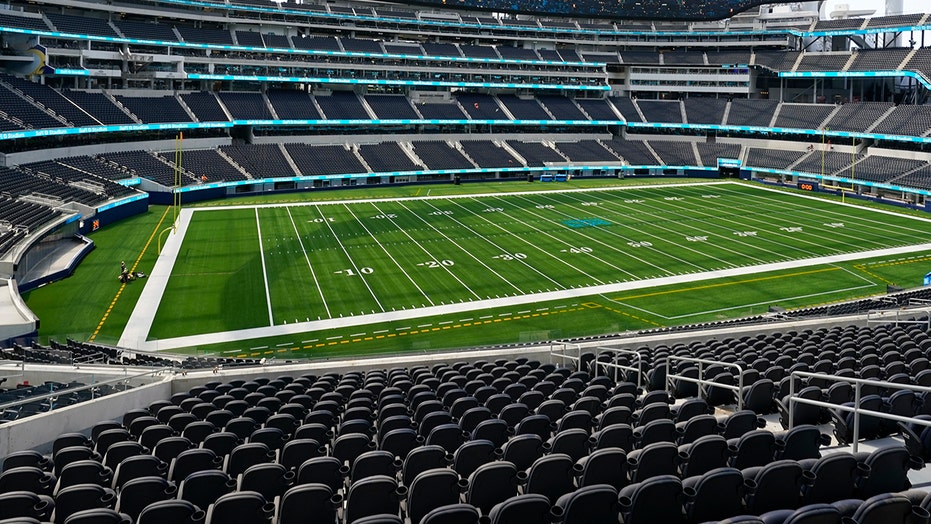 NFL set to kick off season amid COVID pandemic

What will the new season look like? Insight from sports reporter and analyst Jason Page.

Dallas Cowboys running back Ezekiel Elliott is in favor of his old college football conference, the Big Ten, attempting to play a season this year despite the impact of the coronavirus pandemic.

Elliott played for the Ohio State University Buckeyes from 2013 to 2015, winning conference MVP honors in his final year before turning pro. The 25-year-old star said the Big Ten move forward with their delayed season, so long as officials can develop a solid plan to keep student-athletes safe.

“I think they should try to figure out the safest or a safe way to let those kids have this year,” Elliott said in a phone interview on Tuesday. “I understand that college athletes right now, they want to play their year, but they just gotta make sure, the NCAA has to make sure and the Big Ten has to make sure that these players are safe. If they can figure out a safe way to let those guys have their season, I think that’d be awesome.” 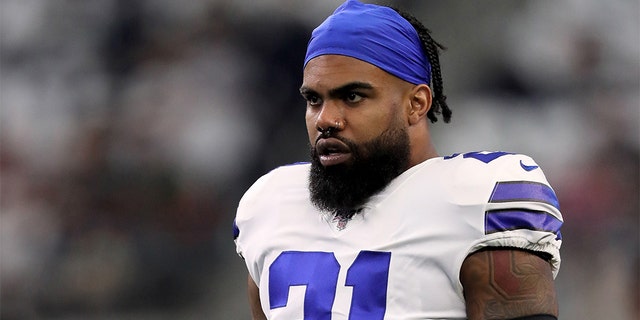 Ezekiel Elliott #21 of the Dallas Cowboys looks on before the game against the Washington Redskins at AT&amp;T Stadium on December 29, 2019 in Arlington, Texas. (Photo by Tom Pennington/Getty Images)

The Big Ten announced in August that it would postpone all fall sports, including football, out of concern for the health of student-athletes.

The decision was a polarizing one in the sports and politics worlds, with everyone from prominent coaches like Ohio State University head coach Ryan Day to President Trump calling on conference officials to find a way to play. A group of University of Nebraska football players filed suit against the conference this month to compel officials to reverse the decision. 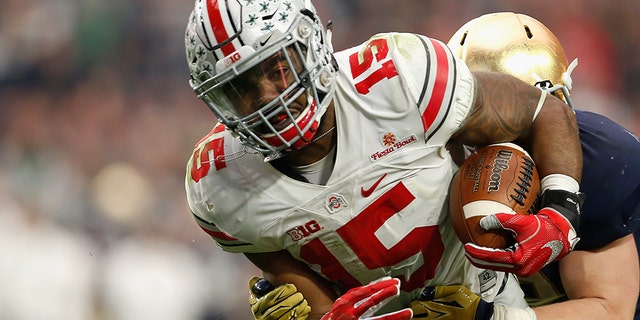 GLENDALE, AZ – JANUARY 01: Running back Ezekiel Elliott #15 of the Ohio State Buckeyes runs up field during the second half of the BattleFrog Fiesta Bowl at University of Phoenix Stadium on January 1, 2016 in Glendale, Arizona. The Ohio State Buckeyes beat the Notre Dame Fighting Irish 44-28. (Photo by Christian Petersen/Getty Images)

Earlier this month, Trump said that he had held a “very productive” call with Big Ten Conference Commissioner Kevin Warren regarding the resumption of play. While no plans have been publicly revealed, Big Ten officials considering a variety of options for college football season, with potential start dates ranging from November to early next year, ESPN reported.

Elliott’s Cowboys kick off their NFL regular-season slate on Sunday against the Los Angeles Rams.

Gamblers factoring virus into their football bets this fall