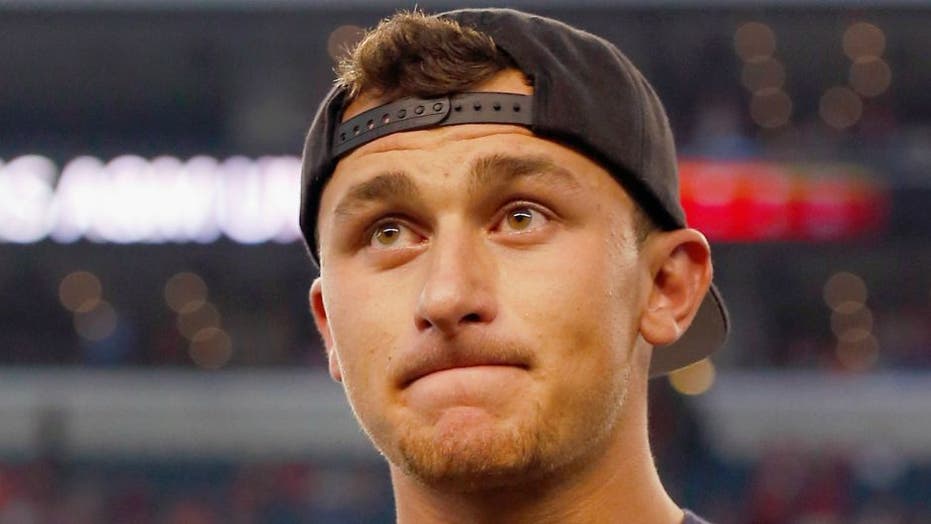 Former NFL quarterback Johnny Manziel appears to be enjoying his post-football career but on Monday he took a scary tumble while at an Arizona lake.

Manziel posted a video of himself jumping from a cliff into Lake Pleasant at Lake Pleasant Regional Park in Peoria. The former Cleveland Browns quarterback appeared to slip while trying to make the leap.

JETS' SAM DARNOLD CONFIDENT NFL WILL DO ITS 'DUE DILIGENCE' BEFORE OPENING TEAM FACILITIES: 'I’M NOT 'WORRIED ABOUT IT'

“Flawless execution,” he captioned the series of photos on Instagram.

Manziel, who won the Heisman Trophy while at Texas A&M, has not played a down of football since he was in the Alliance of American Football last year.

He tweeted in February he would be fine if he never picked up a football again.

“If I never pick up a ball again it’s all love. I was the most lit, most relatable college football player to ever do it. Did things my way and made it way further than I ever could of imagined. The game gave me life and I’ll forever be grateful,” he wrote.

He also added that he was the “best I’ve been in a long time” and said he was focusing most of his time on playing golf while out in Arizona.

Manziel played for the Memphis Express of the AAF before the league folded in the middle of its inaugural season. He played for the Hamilton Tiger-Cats and the Montreal Alouettes of the Canadian Football League.

He was drafted in the first round in 2013 by the Browns. He played in 15 games and recorded 1,675 passing yards with seven touchdown passes.

Coronavirus: Evening update as furlough scheme is extended until October