Ex-Michigan QB Wilton Speight reveals he played through injury vs. Ohio State in 2016 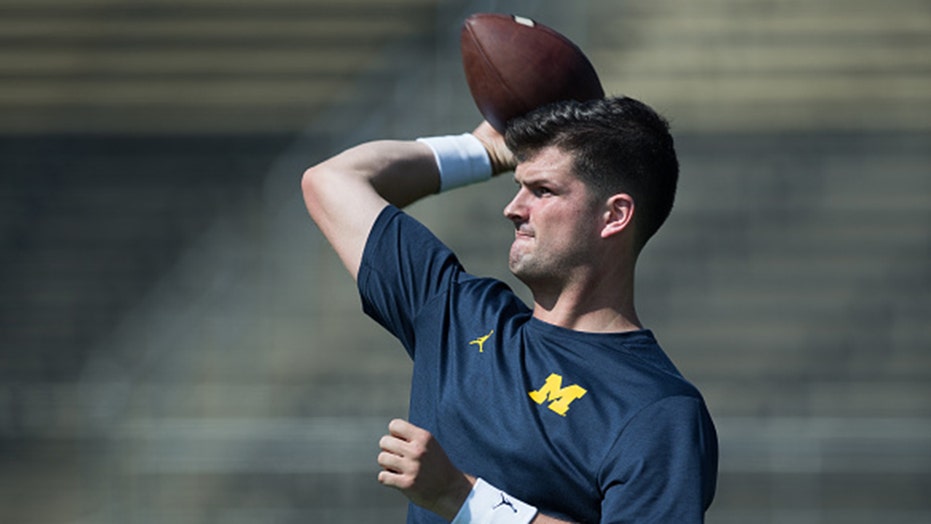 Former Michigan quarterback Wilton Speight offered some insight about how the Wolverines were able to lose “The Big Game” against Ohio State in 2016.

Wilton Speight was 23-for-36 with 219 passing yards and two touchdown passes. But Ohio State still managed to pull off the victory in overtime. Speight commented on a fan’s tweet Thursday, saying that he was injured during the game.

“never been a shoulda/coulda/woulda guy. all I know is The Game with a collarbone cracked in half wasn’t ideal,” Speight wrote.

Speight would start the 2017 season as the starting quarterback. However, he suffered a back injury early in the season which would cost him most of it. He would later transfer to UCLA. Speight played in seven games with UCLA and recorded 1,527 passing yards and six touchdowns.

Michigan is on an eight-game losing streak against Ohio State with the latest loss coming in 2019. Ohio State defeated Michigan, 56-27.

The Wolverines last beat the Buckeyes in 2011 and before then 2003. Since 2000, Michigan has only beaten Ohio State three times.

100,000 crew members never made it off cruise ships amid coronavirus crisis

100,000 crew members never made it off cruise ships amid coronavirus crisis