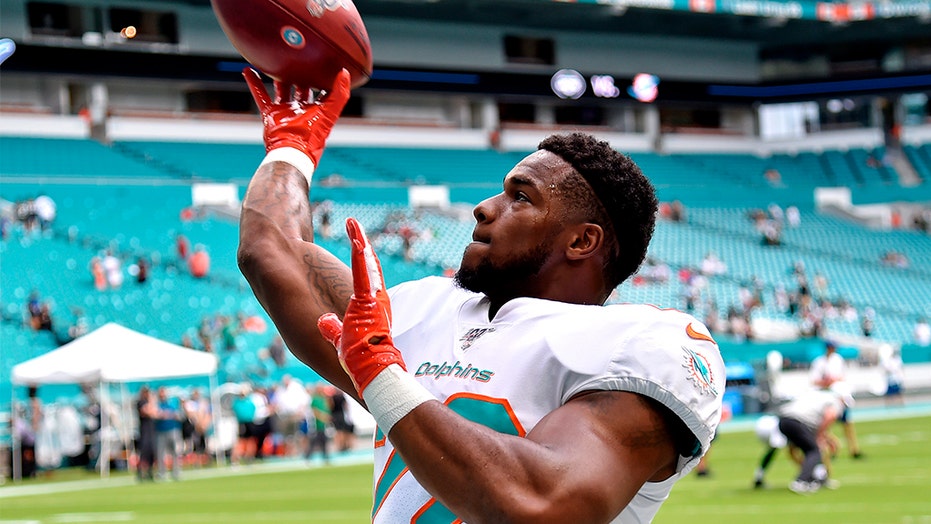 Former Miami Dolphins running back Mark Walton had an aggravated battery charge dropped against him, his lawyer said Wednesday.

Michael Gottlieb, Walton’s lawyer, told ESPN the state of Florida dropped the charges after a months-long investigation into the running back’s alleged incident with a pregnant woman.

Walton allegedly beat the pregnant woman after he was told he was the father of her unborn child, the Miami Herald reported in November. At the time, it was Walton’s fourth arrest in 2019.

According to the Miami Herald, police said Walton and the woman got into an argument, and he allegedly pushed her "against a wall and punched her several times in the head and face.” The attack reportedly left the victim with a swollen left eye. The woman was reportedly five weeks pregnant and told Walton about the pregnancy.

Gottlieb told ESPN his client was hoping to get another chance to play football.

The Dolphins released Walton after he was arrested. He is still the subject of possible league discipline. NFL spokesman Brian McCarthy told the outlet Walton’s matter was still under review.

Miami signed the 22-year-old last May after the Cincinnati Bengals released him over a series of arrests. The team’s announcement came as he was serving a four-game suspension for violating NFL conduct and substance abuse policy following the arrests last offseason.

A Florida court sentenced Walton in August to six months’ probation after pleading no contest to a misdemeanor weapons charge. Other charges, including marijuana possession and reckless driving, were dismissed. He had been eligible to return to the field Dec. 2.

Walton played seven games for the Dolphins this season. He recorded 201 rushing yards.