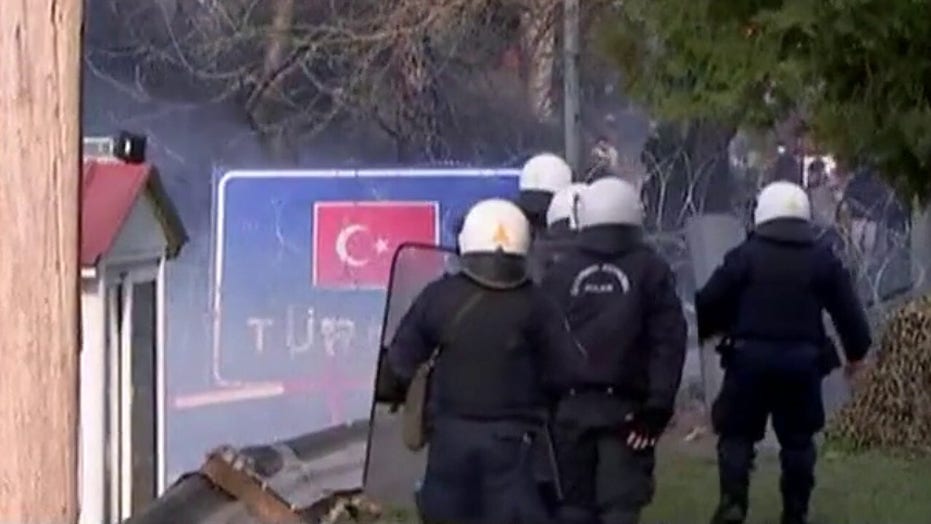 The European Union, in an effort to curb a brewing crisis at its borders, is pouring hundreds of millions of euros into Greece in the hope it will act as a “shield” against fresh migrant flows that could foreshadow a migrant crisis similar to that that wreaked havoc on the continent in 2015.

“This border is not only a Greek border, it is also a European border,” E.U. Commission President Ursula von der Leyen said. “I thank Greece for being our European shield in these times.”

She announced nearly $800 million in funding for Greece, for establishing and keeping up “infrastructure” at the border. The dramatic move comes amid a sharply escalating crisis after Turkey opened the country’s border to Greece as part of an apparent push to make Europe offer more support in dealing with the fallout of the Syrian war.

“Our first priority is making sure that order is maintained at the Greek external border, which is also a European border. I am fully committed to mobilizing all the necessary operational support to the Greek authorities,” she said.

Turkish President Recep Tayyip Erdogan said his decision has pushed more than 100,000 people to cross into Greece so far. That estimate is higher than those of Greek authorities, who on Wednesday said 32,000 people have attempted to cross the border. About 230 people, mostly from Afghanistan, had been arrested. 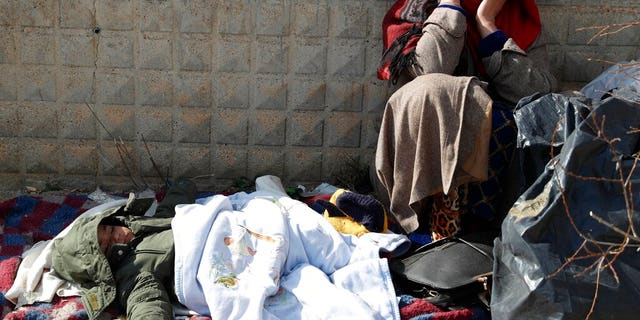 A migrant woman sits as a baby sleeps at an abandoned building in Edirne, near the Turkish-Greek border on Friday, March 6, 2020. (AP)

The mass movement of migrants and refugees to Greece's borders appears to be organized. Buses, cars, and cabs were organized in Istanbul to ferry people to the border, while some of those who managed to cross have said they were told by Turkish authorities to go to Greece and that the border was open.

Reuters cited estimates that say Turkey has 3.6 million Syrian refugees within its borders, since signing a 2016 deal with the E.U. to act as a gate to Europe in return for billions of euros of aid from the bloc. The March 2016 deal said that Turkey agreed to stop migrants and refugees crossing into Europe in return of $6.6 billion and enhanced EU-Turkey ties, including visa-free travel for Turkish citizens.

There are signs that the situation is steadily worsening at the border between Greece and Turkey. On Friday, migrants clashed with authorities, with Greek riot-control police firing tear gas and water cannons to keep them back.

With Erdogan opening the gates to Europe, the consequences could be enormous for the continent and it is striking panic into the hearts of European leaders.

CLICK HERE TO GET THE FOX NEWS APP
The 2015 migrant crisis was sparked by an influx of Syrian refugees onto the continent, as well as migrants from elsewhere in the Middle East and Africa. The shockwaves led to significant social and political upheavals across the continent, including the election of a number of populist and nationalist governments who pledged to limit the number of migrants coming into their countries.

“This, I dare to say, will be our last chance. Europe cannot fail twice,” European Commission Vice President Margaritis Schinas said this week

Fox News' Lucia I. Suarez Sang and The Associated Press contributed to this report.

Saudi Arabia Limits Hajj to 60,000 From Within the Country

Yair Lapid Won’t Be Israel’s Next Leader. But He’s the Power Behind the Throne.