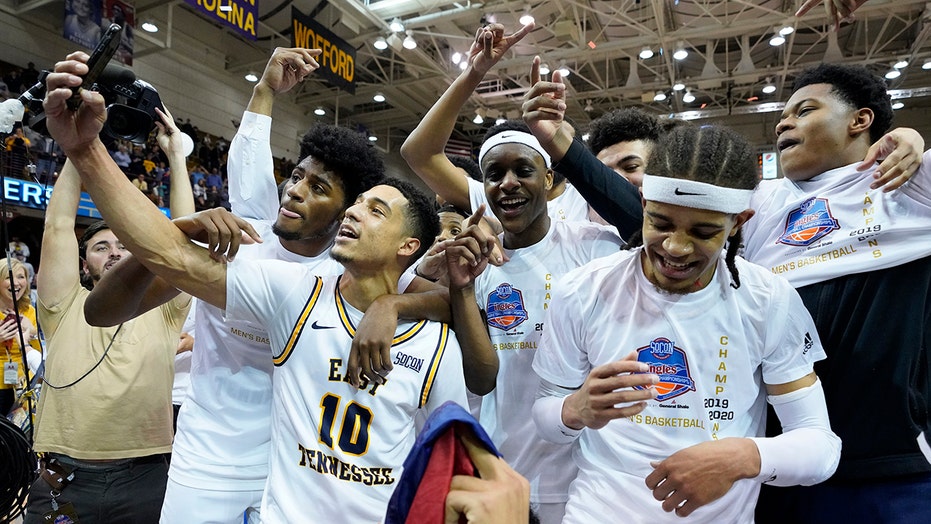 Isaiah Tisdale said he had a dream that East Tennessee State was going to win the Southern Conference Tournament.

That dream was realized on Monday night.

Tisdale scored 24 points and was named the tournament's Most Outstanding Player as top-seeded ETSU defeated upset-minded Wofford 72-58 to win the SoCon Tournament and earn an automatic bid to the NCAA Tournament.

“You have to dream it to believe it,” Tisdale said with a wide smile.

Tray Boyd added 11 points for the Bucs, who become only the fourth team in conference history to win 30 games. It will be ETSU's first appearance in the NCAA Tournament since 2017.

“Thirty wins, I'm not sure where we stand in East Tennessee State history, but if there is a Mount Rushmore this team is on it,” said ETSU coach Steve Forbes.

Seventh-seeded Wofford (19-16) was looking to become the first SoCon team since Clemson in 1939 to win four games to capture the conference tournament title after beating The Citadel, Furman and Chattanooga to reach the finals. The Terriers entered the tournament having lost their final seven regular season games, but found some magic in Asheville with an impressive tournament run.

But Wofford seemed to wear down in the second half, falling behind by 15 when Jeromy Rodriguez scored an a spinning drive with four minutes remaining.

“We ran out of gas late,” said Wofford coach Jay McAuley. “Our legs started to look a little tired and you could see it in our shots.”

Said Wofford point guard Storm Murphy: “The shots weren't falling in the second half, but I think ETSU had something to do with that.”

Chevez Goodwin had 18 points on 8-of-8 shooting from the field to lead Wofford. He said “a lot of people painted us as Cinderellas,” but that the Terriers expected to come in and win the tournament and defend their title.

Tisdale came in averaging just 8.8 points per game but had 16 points at halftime, helping the Bucs build a 36-31 lead. Tisdale did most of his damage with strong drives to the hole that got him to the free throw line, where he made 10 of 11 foul shots.

“It's a different guy every night with this group," Forbes said. “Isaiah was phenomenal. He willed us to win."

Leading 40-38 early in the second half, the Bucs went on a 16-4 tear to break the game open. Patrick Good and Joe Hugley hit back-to-back 3s for ETSU to provide a huge spark while Wofford hit a dry spell.

The Terriers hung in early behind the scrappy play of point guard Storm Murphy, who hit big shots and found teammates for open looks. Murphy finished with nine points and five assists, but his hustle set the tone for the Terriers, who bounced back from an early 11-2 deficit to stay in the game in the first half.

Wofford: Had won five of the last 10 SoCon Tournament titles under former coach Mike Young, but couldn't quite finish under McAuley despite an impressive tournament run. This was Wofford's first ever loss in the SoCon title game. This team is extremely scrappy and plays with tremendous heart but just appeared to run out of gas in the second half. They will return several key players including Goodwin, Murphy and Tray Hollwell, all of whom are juniors.

ETSU: The Bucs are a 30-win team, so they shouldn't be considered an easy out in the NCAAs by any stretch of the imagination. They have the speed, height and shooting to compete with some quality teams in the tournament. “There is a good chance that team is going to be playing for a while” in the NCAA Tournament, McAuley said.

Wofford: Will wait to hear if they receive an invite to the National Invitation Tournament.

ETSU: Will await word on their seed in the NCAA Tournament.