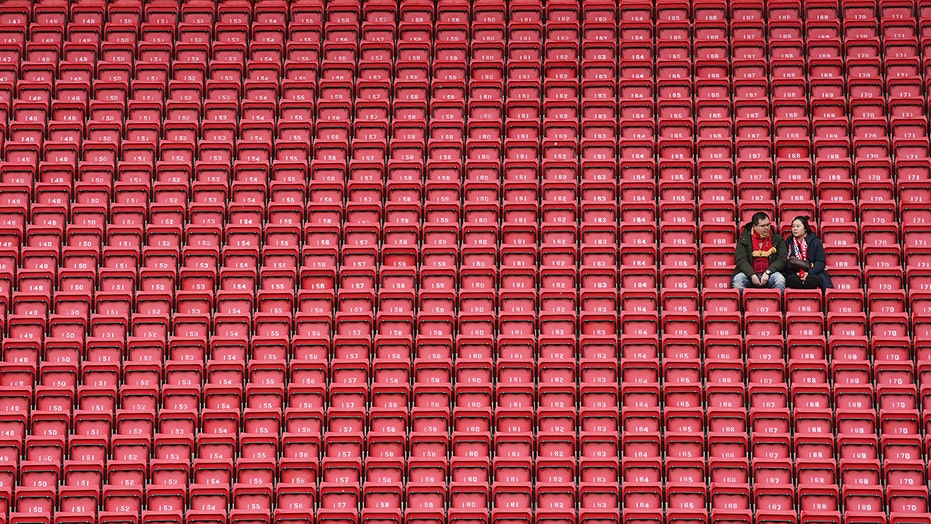 Abandoning the English Premier League season prematurely was discussed by clubs as a potential option on Monday even as the government cleared a path to resuming the competition in June if there is no new spike in coronavirus infections.

While spectators will not be allowed into stadiums for some time, the British government embraced the return of professional sports in contrast to rulings by French and Dutch authorities who have banned any events until September.

Prime Minister Boris Johnson told the House of Commons that restoring some sports “could provide a much-needed boost to national morale" after being shut down as Britain went into lockdown in March.

But the fate of the Premier League is in doubt partly because clubs cannot all agree on the plan, advanced by police, to play only in neutral stadiums. The opposition is led by relegation-threatened clubs who discovered on Monday that their final placings could be determined without playing another game.

“It was the first time we discussed curtailment," Premier League chief executive Richard Masters said after a conference call with clubs. “It’s still our aim to finish the season but it’s important to discuss all the options with our clubs."

No conclusions were reached on whether that would involve finalizing the league standings based on a points-per-game formula as the French league did before declaring Paris Saint-Germain champion.

Liverpool is 25 points clear in the Premier League with nine games remaining but clubs remain divided over accepting a plan promoted by police to use neutral venues for all games to limit the burden on authorities.

“Everybody would prefer to play home and away if at all possible,” Masters said. "We are in contact with the authorities.

Police fear fans gathering at stadiums even if they are not allowed in.

“Some of our clubs would argue that in relation to policing their own fans that they have a good relationship with them,” Masters said, “and that they encourage their own fans not to turn up outside their home venues while they’re playing behind closed doors, and they’re in a better position to control that.”

Britain’s official coronavirus death toll stood on Monday at 32,065, the highest in Europe and the second highest in the world after the United States. While the number of new known deaths and infections is falling, Johnson said it would be “madness” to loosen restrictions so much that there is a new surge in cases.

But the government announced that step two of its plan for easing the lockdown included allowing "sporting events to take place behind closed doors for broadcast, while avoiding the risk of large scale social contact.”

“To aid planning,” the document added, “the government’s current aim is that the second step will be made no earlier than Monday 1 June, subject to these conditions being satisfied. … Organizations should prepare accordingly.”

The safety concerns of players were set out by Manchester City and England forward Raheem Sterling.

“We all want to get back to football, we are all passionate and love football, but at the same time there’s a massive pandemic going on," Sterling said on his YouTube channel. “The moment we do go back we need to make sure it’s at a moment where it’s not just for footballing reasons, it’s safe for not just us footballers but the whole medical staff, referees. I don’t know how that’s going to work.”

Later this week, the government is due to publish the steps to allowing the resumption of group training by athletes, even as social distancing regulations are maintained in wider society.

“We are making some progress on that,” Masters said. “We have protocols created and reviewed, we have a testing company appointed, but the important consultation with players and managers is the next step."

The challenge of containing the coronavirus without a vaccine will mean sports will be staged without fans.

The government said permitting large crowds in stadiums again “may only be fully possible significantly later depending on the reduction in numbers of infections.”

Coronavirus Live Updates: Fauci to Warn of ‘Needless Suffering and Death’ if States Open Too Soon