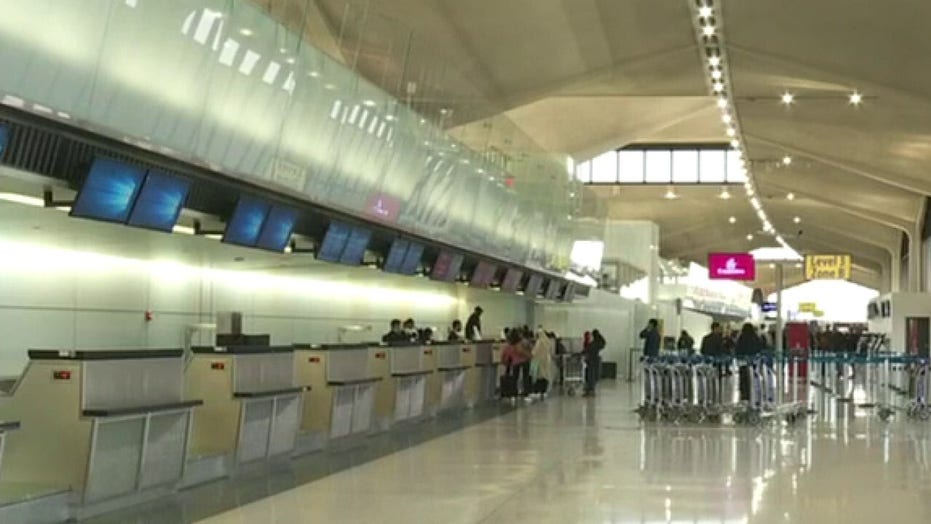 Congress is facing requests for bailouts from many industries amid the coronavirus outbreak; reaction and analysis from Dallas Mavericks owner Mark Cuban on ‘America’s Newsroom.’

English soccer authorities reached an unprecedented agreement to extend the season “indefinitely” on Thursday in an effort to complete all competitions disrupted by the virus outbreak that has brought sport almost to a standstill worldwide.

As well as announcing that the professional game in England will remain suspended until at least April 30, the Football Association and the Premier League said it was waiving a regulation which dictates that the domestic season has to finish by June 1.

“We are united in our commitment to finding ways of resuming the 2019/20 football season,” read a statement by the organizations which run English soccer, “and ensuring all domestic and European club league and cup matches are played as soon as it is safe and possible to do so.”

The commitment boosted the likelihood of Liverpool winning its first league title in 30 years. The Reds lead the Premier League by 25 points, and needed only two more wins from its last nine games to clinch the title before the virus outbreak caused the suspension of all soccer in the country.

FA chairman Greg Clarke previously said it might be impossible to finish the season, while the vice-chair of Premier League club West Ham, Karren Brady, has called for the league to be declared null and void.

English soccer was initially suspended until April 4 last Friday, although that period always seemed likely to be extended — especially after the British government this week advised against mass gatherings amid the virus outbreak.

UEFA’s decision on Tuesday to postpone the European Championship and push the tournament back to 2021 opened up space for domestic leagues like the Premier League to be extended “and, in doing so, maintain the integrity of each competition,” the FA and Premier League said.

There was no mention in the joint statement of the possibility of playing games in empty stadiums to speed up the completion of the season and potentially satisfy broadcast partners.

An added complication is the fact that many employment agreements between players and clubs, sponsorship contracts, and broadcasting agreements expire on June 30.

“We will continue to follow government advice,” the soccer organizations said, “and work collaboratively to keep the situation under review and explore all options available to find ways of resuming the season when the conditions allow.”