Ajman: Residents of Emirates City in Ajman are crying foul over hefty utility bills being charged to them by the developer, which they claim are higher than the Federal Electricity and Water Authority (FEWA) rates.

Of the 11 occupied buildings in the freehold complex, only two have FEWA connections, while the rest still run on diesel generators, residents said.

The complex, developed by Sweet Homes Group, is managed by R-Holding.

The generators used for the towers Image Credit: Atiq Ur Rehman /Gulf News

Ahmad Abu Asif, a Syrian resident in one of the towers, said he is considering moving out by the end of the month. He said his monthly utility bill comes up to Dh2,400 for a two bedroom apartment for which he pays a rent of Dh21,000. “I can get a flat in the heart of Ajman for the same rate, with proper utility connections for which I will pay much less. I’m moving out by the end of the month as I have had enough of this,” said Asif, who has been a tenant in the building for two years.

A Pakistani resident said besides the cost, the power cuts, noise and fumes emitted by the generators were unbearable. “My electricity bills are three times more than what I would pay for a FEWA connection. The developer asked us to pay a fee to switch to FEWA.”

Another Indian resident who preferred not to be named said the main concern is “affordable and reliable electricity”. “Most buildings are still being operated by diesel generators despite the fact that the FEWA has a dedicated power station in Emirates City with sufficient capacity. I currently pay between Dh800-Dh1,000 for generator power, whereas the amount is double during summer.” 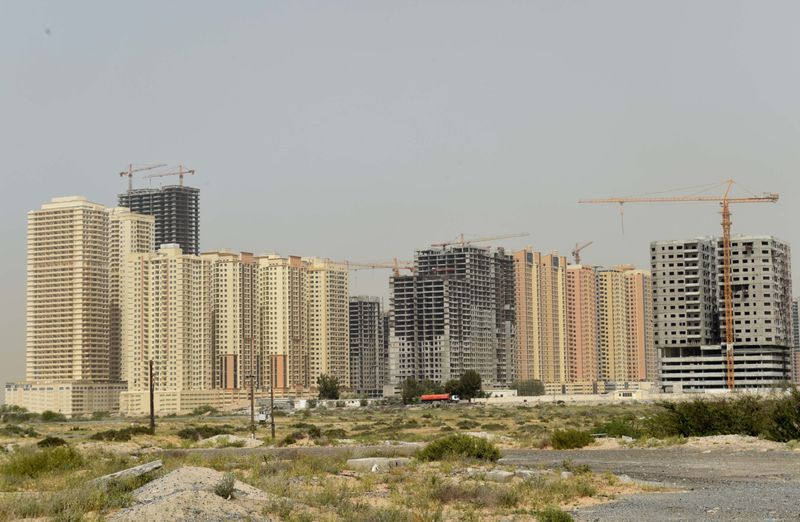 Some residents said last summer, there were times when they were left without electricity for more than 10 hours after the generators failed.

Nael Al Amir, general manager, Sweet Homes Group, said, “The real estate developer is not owner of the real estate project that it has built and sold out on off-plan basis. Sale and purchase agreements signed by unit buyers (owners) include an article covering this issue, however the developer has contacted the Federal Authority and submitted requests to supply the concerned projects with electricity according to the power load required for each tower.”

He said, “The developer has also opened trust accounts dedicated only for FEWA charges estimated at around Dh10 million for each tower, calling on owners to transfer the required fees at a rate of Dh23.50 per foot according to the real estate unit’s area to those accounts. However, reluctance of owners to pay slowed down the process. Nevertheless, we call on all owners to pay what they have to pay into the designated trust accounts, confirming our full readiness to exert tireless efforts to provide owners with comfort.”

As for the generators, the billing cost is said be directly related to changing diesel prices and the rentals.