Election Commission pulls up Kamal Nath over `item` jibe, says `don`t use such words in campaigning`

Election Commission pulls up Kamal Nath over 'item' jibe, says 'don't use such words in campaigning' 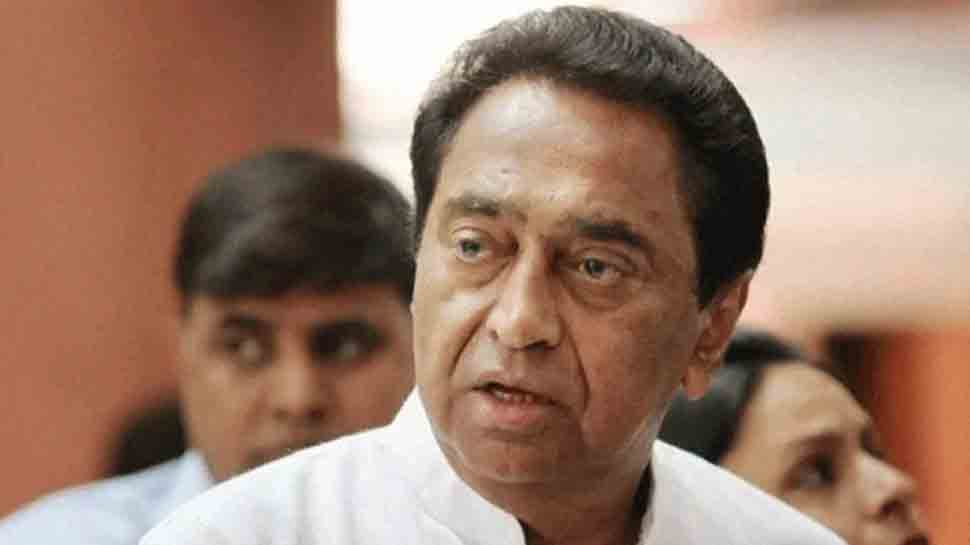 NEW DELHI: The Election Commission said former Madhya Pradesh Chief Minister and Congress leader Kamal Nath violated its advisory related to campaigning by using the word 'item' against a woman BJP candidate. The poll panel advised the senior Congress leader not to use such terms in public during the period of the Model Code of Conduct.

The Election Commission said it of the considered view that Kamal Nath, by making the item remark against BJP minister Imarti Devi, had violated provisions of the model code. Bypolls to 28 Madhya Pradesh Assembly seats will be held on November 3.

The poll panel had issued a notice to Kamal Nath after he had used the jibe against BJP candidate Imarti Devi at an election rally, drawing an angry reaction from the ruling party.

At the poll meeting last week in Gwalior's Dabra town, where the BJP has fielded Imarti Devi, Kamal Nath had said "the Congress candidate was a simple person unlike his opponent who was an item".

Following a complaint by the state BJP and reference by the National Commission for Women, the EC had served the notice to Kamal Nath.

The Commission on October 26 issued an order against the Congress leader. It said Kamal Nath used the word 'item' for a lady and that 'this constitutes violation' of advisory issued by the Commission relating to the model code.

In his response to the notice, Kamal Nath said that to him and his party, upholding the honour and dignity of a woman is paramount.

He also referred to Supreme Court judgments which observed that in the heat of elections, many statements come out at the spur of the moment. "In this case, there was neither any premeditation nor design to dishonour or in-dignify a woman or womanhood…," he said.

Meanwhile, the EC on Monday also issued a notice to BJP leader Kailash Vijayvargiya for his reported "chunnu-munnu" remark against Congress leaders Digvijay Singh and Kamal Nath, asking him to respond within the next 48 hours.