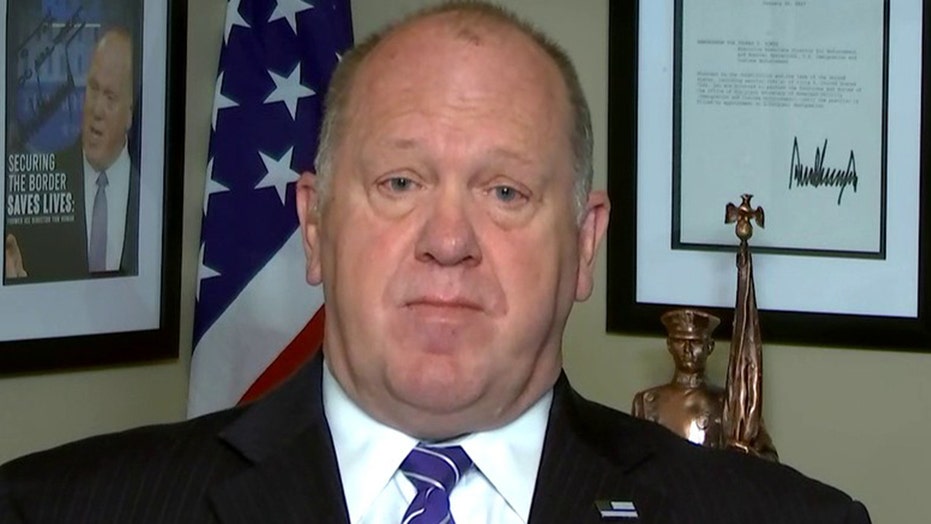 Carlos Ernesto Escobar Mejia was hospitalized after exhibiting symptoms and had been on a ventilator for a week, The San Diego Union-Tribune reported. He had been held at the Otay Mesa Detention Center – a coronavirus hot spot — in south San Diego since January.

More than 200 detainees at the center had tested positive as of Tuesday, according to the Union-Tribune.

This week, the Ninth Circuit Court of Appeals overruled a lower court judge’s decision requiring the Adelanto ICE Processing Center northeast of Los Angeles to release at least 250 detainees by the end of April due to the coronavirus.

Last month, the American Civil Liberties Union Foundation of Southern California filed a class-action lawsuit, demanding the release of hundreds of detainees from the detention center, claiming conditions at the facility that it said could lead to a coronavirus outbreak.

While overruling the release of detainees, the Ninth Circuit left the part of the district court's decision requiring the facility to comply with the Centers for Disease Control and Prevention coronavirus guidelines for detention facilities.

The guidelines say detainees should have at least six feet of space, those with symptoms should wear masks, be placed in isolation and get medical attention, and new detainees should remain in quarantine for two weeks.

Escobar Mejia first came to the U.S. in 1980 with his mother and siblings and was the only one unable to get a green card.

“My brother was a one-of-a-kind person,” his sister Maribel Escobar, who is a U.S. citizen, told the Union-Tribune.

“For months, public health experts and corrections officials have warned that detention centers would be Petri dishes for the spread of COVID-19 — and a death trap for thousands of people in civil detention,” Andrea Flores, deputy director of immigration policy at the ACLU said in a statement, according to FOX 5 San Diego. “Unless ICE acts quickly to release far more people from detention, they will keep getting sick and many more will die.”

Detainees at the Otay Mesa center reportedly complained the center wasn’t adequately protecting them from the virus, according to the Union-Tribune.

Dr. Eric McDonald, the county’s medical director of epidemiology and immunizations services said the county has supported the center “by giving them infection control advice, by providing testing when asked for…we’ve given them testing equipment at times and we’ve also provided them PPE when they need it,” according to FOX 5.

McDonald added their offer of staffing support was declined.

Escobar Mejia’s birthday would have been later this month, his sister told the Union-Tribune.