The sons of Mexican drug lord Joaquín “El Chapo” Guzmán imposed a curfew on the residents of a town under their cartel’s control due to the coronavirus, according to a report.

“This is no game, we’re not playing,” a member of the Sinaloa Cartel reportedly said in one of several videos circulating on social media.

“After ten o’clock at night, all the people must be inside their homes due to the coronavirus, otherwise they will be punished, these are orders “from above (from Los Chapitos)," the video said, referring to the brothers.

Iván Archivaldo Guzmán and Jesús Alfredo Guzmán are known as “los Chapitos,” or “the little Chapos,” and are believed to currently run their father’s Sinaloa Cartel together with Ismael “El Mayo” Zambada.

The publication reported cartel members have been patrolling Culiacán, the state capital of Sinaloa, Mexico, in heavily armored vehicles to enforce the curfew. 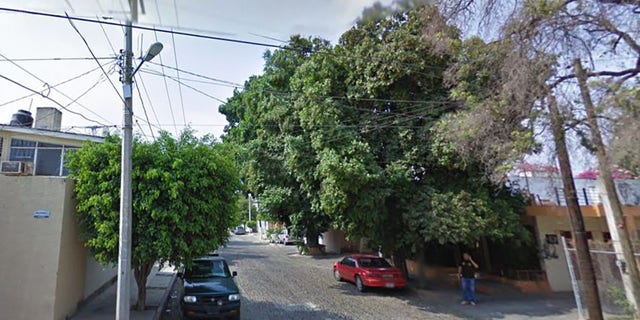 El Chapo, the former leader of the Sinaloa Cartel, was extradited to the U.S. in 2017 and is now serving a life sentence at ADX Florence, a prison in Colorado dubbed the “Alcatraz of the Rockies.”

El Chapo's daughter, Alejandrina, and several Mexican cartels have been shown in videos handing out coronavirus relief packages to the poor in an apparent public relations effort, Reuters reported.

Hundreds of Mexican communities run by criminal gangs, armed groups and drug traffickers have been under curfew and quarantine for years.

“A lot of people don’t believe [the coronavirus], aren’t careful, I think because of what we’ve been through,” a woman from Tamaulipas, a northern border state long plagued by cartel violence across the Rio Grande from Texas, told the Associated Press. “They say if 10 years of war haven’t killed us, a virus isn’t going to.”

“We’ve been living 10 years in quarantine,” the woman, who asked to remain anonymous, added. “It’s not hard to stay home anymore.”