Vistara on Monday unveiled its new 787-9 Dreamliner aircraft that has 12-inch seat back screen for in-flight entertainment, 31-inch seat pitch, and six-way headrest for better neck support in its economy class seats. The plane, which is the first of the six that the airline has ordered from Boeing, would be used on long-haul international routes by Vistara. It would be the first in India to have in-flight wifi services.

The seat pitch – which is the distance between two rows – is of 44 inches in business class of this plane, which arrived in Delhi on February 29 from Boeing’s production facility in Everett, Washington.

In business class, the monitor is of 18-inch size in each of the 30 seats, which are lie-flat and in 1-2-1 configuration. Headset hook, stowage compartment, pull-out mirror and a large cocktail table are other features of a business class seat in the Dreamliner plane, which has the registration number VT-TSD.

Just like seats of economy class, seats in business class and premium economy class in the planes have six-way headrest for enhanced neck support. The premium economy class has 2-3-2 seat configuration. Each seat would have a 13-inch monitor. With a pitch of 38 inches, the seats would also have adjustable calf rest and extendable footrest. 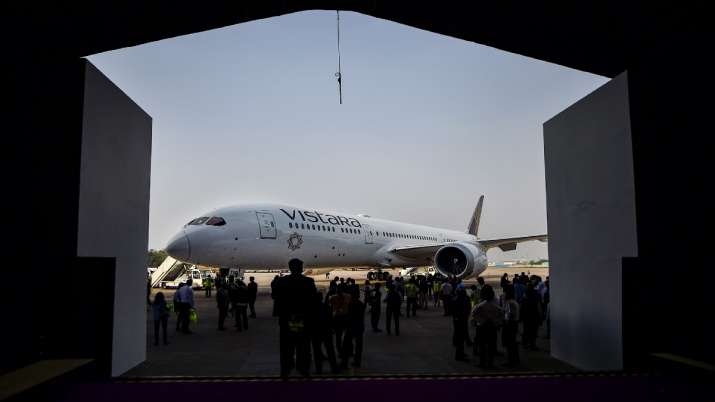 There will be a USB Port and 3-Pin charging point in each of the 299 seats of this Dreamliner aircraft, which is likely to be used on routes connecting India and Europe or Japan. There are 30 seats, 21 seats and 248 seats in business class, premium economy class and economy class of this aircraft.

Nearly 150 movies – from Hollywood, Bollywood and other Indian regional cinema – would be available as in-flight entertainment in this 787-9 aircraft. Leslie Thng, Chief Executive Officer, Vistara, said, "With the unveiling of our new cabin products, today's milestone reflects Vistara's deep-rooted commitment to providing our customers with a premium travel experience like no other carrier in India. 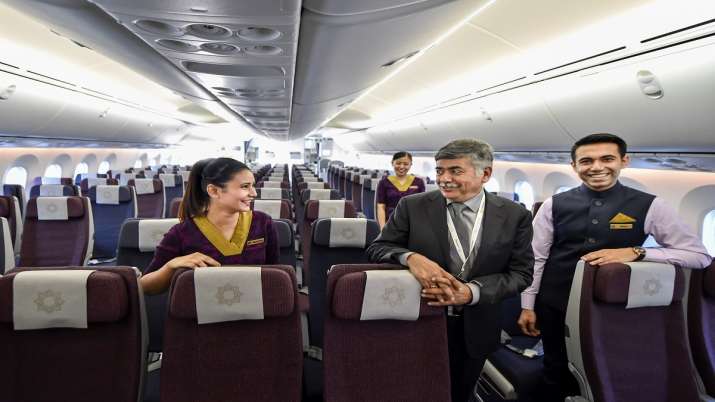 "We are confident that millions of our loyal customers will be delighted to have the choice of flying their favourite Indian airline now on long haul international routes as well," he added.

Amul, Mother Dairy milk variants to be costlier by Rs 2 per litre from tomorrow

WPI inflation eases to 13.93 per cent in July