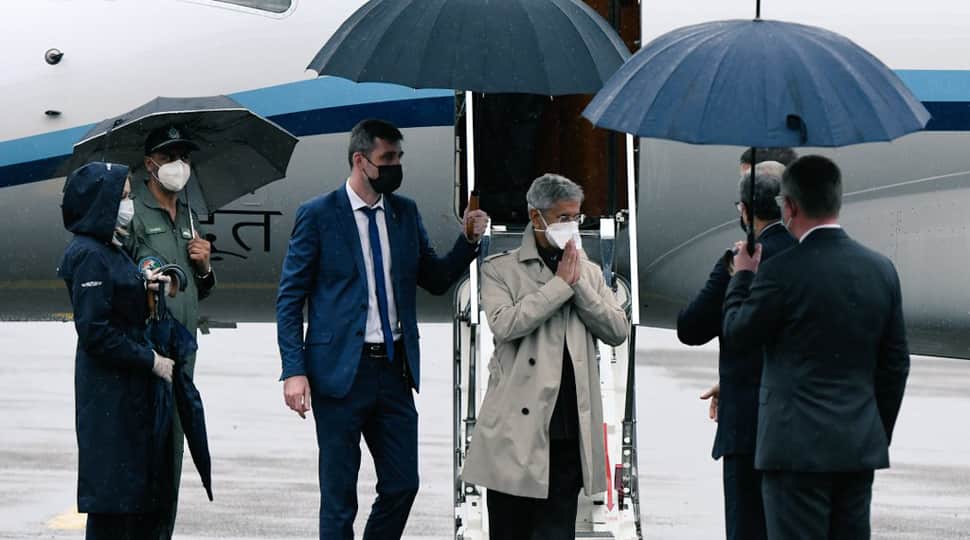 External Affairs Minister S Jaishankar landed in Moscow on Tuesday (September 8) on a four-day to attend a meeting of the foreign ministers of the Shanghai Cooperation Organisation (SCO).

Jaishankar's visit to Russia comes days after Union Defence Minister Rajnath Singh visited Moscow to attend a meeting of the defence ministers of the eight-nation SCO. It is to be noted that India and China are important members of the SCO. According to External Affairs Ministry, Jaishankar will attend the meeting of Council of Foreign Ministers (CFM) of SCO during his stay in the Russian capital.

It is expected that Jaishankar would also meet his Chinese counterpart Wang Yi on the sidelines of the SCO meet. The meeting is likely to take place on Thursday (September 10).

On Tuesday, EAM Jaishankar met his Iranian counterpart Javad Zarif in Tehran. The EAM had made a stopover in Iran as part of his key Moscow visit. Calling the meeting "productive", the EAM, taking to micro-blogging site Twitter, said "discussed strengthening our bilateral cooperation and reviewed regional developments. Thank him for his gracious hospitality." Javad Zarif had visited India in 2020 to be part Raisina Dialogue.

"A productive meeting with FM J Zarif during a stopover in Tehran. Discussed strengthening our bilateral cooperation and reviewed regional developments. Thank him for his gracious hospitality," tweeted Jaishankar.

The high-level visits by India to Iran are been considered as a major reached out by New Delhi to a country it considers part of its extended neighbourhood. Iran plays an important role in India's connectivity project via Chabahar port that provides it link to Afghanistan and wider Central Asian region.

ACLU staffer fumes at University for accepting Nick Sandmann, calls it a ‘stain’ on the school: report