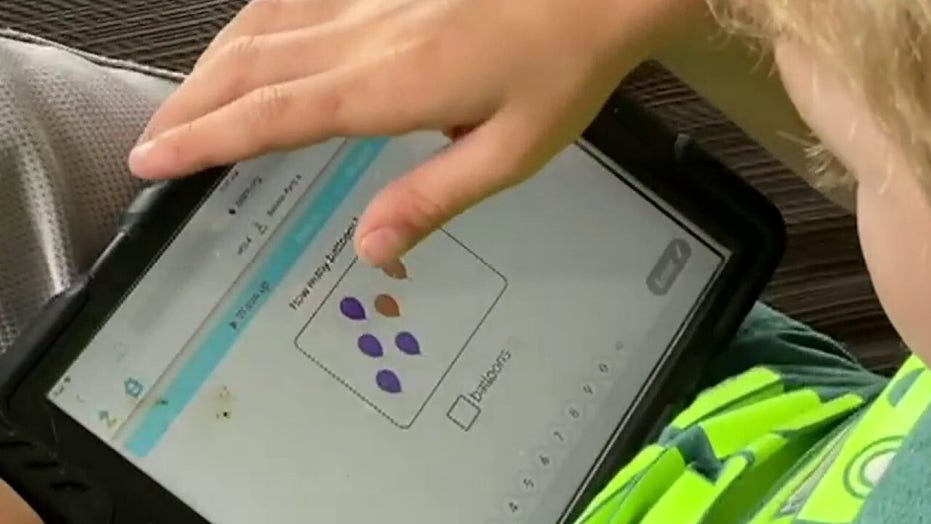 Schools weigh advancing students to next grade amid COVID-19

School administrations across the country are scrambling to figure out what comes next to make up for the lost time in classrooms; Garrett Tenney reports.

When the coronavirus pandemic stopped the world, some teens from Europe were left in the middle of the high seas.

A sailing trip that 25 Dutch high school students embarked on last month was supposed to end in Cuba, where they would trade the tall ship for a plane flight back to the Netherlands.

Now, the students, ages 14-17, are taking the long way home — crossing the Atlantic Ocean in a 200-foot schooner called the Wylde Swan under the watchful eyes of 12 experienced sailors and three teachers making sure the teenagers do their school work on the way.

The organizer of the voyage expects the real lessons for the students will come from making the five-week ocean voyage of nearly 4,350-miles itself. 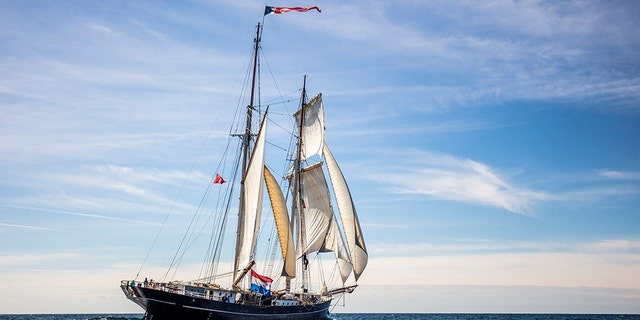 In this photo released by Wylde Swan on Friday April 10, 2020, the Wylde Swan tall ship sails at sea. (Arthur Smeets/Wylde Swan via AP)

“These children have had to adapt to enormous change. They went from the Netherlands to the Caribbean to go sailing. That’s amazing in itself, then suddenly you have to change the whole program and you have to cross the ocean,” Masterskip director Christophe Meijer, whose company arranged the excursion, said. “They’re the most adaptive children of 2020.”

Masterskip runs five educational voyages for about 150 students in all each year. Meijer said the Wylde Swan encountered difficulties early in the current trip around the Caribbean when local port authorities and islands in March began taking steps to prevent the spread of the coronavirus.

As the virus put more and more parts of the world under lockdowns and grounded airliners, it became clear that the plan to sail the students to the final port of call in Cuba and fly them home from there would need adjusting.

Meijer and his staff held a meeting to plot a course out of the metaphorical storm and “decided the very best way of getting home was sailing,” he said, “with our hands at the helm.”

The crew then had to tell the students’ parents. Instead of opposition, the parents expressed relief after worrying how their children would get home during the pandemic. It helped that the virus had not infected anyone on the ship and that the crew had experience in ocean voyages with students.

“The Wylde Swan has crossed the ocean some 20 times or more, so for us it’s a routine operation,” Meijer said.

Educational voyages on the ship are aimed at personal development. The goal is for students to build up enough knowledge to be able to sail the ship on their own, “the ultimate form of cooperation,” Meijer said.

The unscheduled trans-Atlantic journey required readying the ship, getting supplies and buying warm clothes for the teenagers.

The students have gotten over any seasickness by now, but it has not been all smooth sailing. Three weeks into the ocean crossing, the Wylde Swan stopped in the Azores to pick up fresh supplies. Restrictions in place due to the virus meant nobody was allowed off the ship. 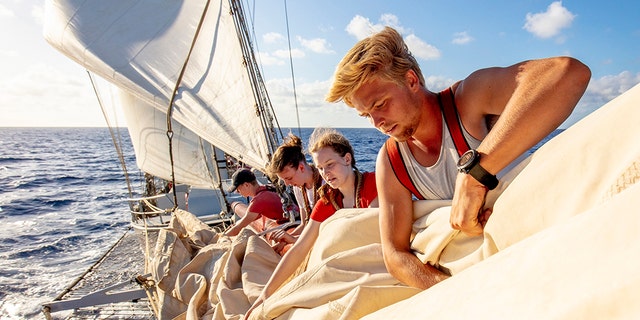 In this photo released by Wylde Swan on Friday April 10, 2020, Dutch high school children work the sail on the bowsprit of Wylde Swan tall ship, sailing between The Carribbean and The Netherlands. (Arthur Smeets/Wylde Swan via AP)

Teen dynamics are another area where experience helps when 25 student sailors from multiple schools are kept together at sea.

“As we say in the Netherlands, you can’t make something shine without friction,” Meijer said, noting that the students typically get along well while helping with day-to-day tasks on the schooner.

“That’s because they have a joint mission — to get the ship and themselves safely home. That shared goal ensures solidarity,” he said.

After calling themselves the Pirates of the Caribbean before their plans changed, the students have renamed their group Warriors of the Ocean.