The Los Angeles Dodgers needed a change of momentum to come back to capture their first World Series title since 1988 in Game 6 on Tuesday night and they got that in the sixth inning.

With a runner on, Tampa Bay Rays manager Kevin Cash took Blake Snell out of the game in order to avoid him facing the top of the Dodgers’ order for the third time. It’s a move that was based on the analytics the team has used all season long, but this time it appeared they got it wrong. 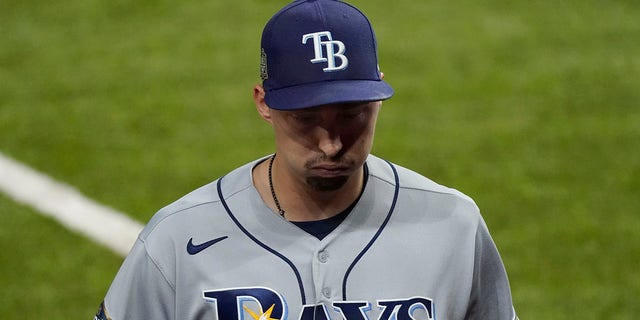 Snell was not happy to come out. (AP Photo/Tony Gutierrez)

Nick Anderson replaced Snell, who just allowed a hit to Austin Barnes, had nine strikeouts and a 1-0 lead. Mookie Betts would record a double down the third-base line to move Barnes to third base. A wild pitch scored Barnes and then a fielder’s choice out from Corey Seager plated Betts.

It is the Dodgers’ seventh World Series championship in franchise history.

Betts would finish the game with an eighth-inning home run off of Rays reliever Peter Fairbanks. He finished the game 2-for-4 with two runs and the RBI. Barnes, Chris Taylor and Max Muncy were the only other Dodgers players who had hits against the Rays pitcher.

Los Angeles used a bevy of pitchers, beginning with the opener Tony Gonsolin, to finish off the Rays. Gonsolin, Dylan Floro, Alex Wood, Pedro Baez, Victor Gonzalez, Brusdar Graterol and Julio Urias would all pitch in the game.

The Rays would get their lone run from Randy Arozarena, who continued his postseason tear.

The move to remove Snell when he was dealing all night will be the topic of conversation for the runner-ups in the World Series. 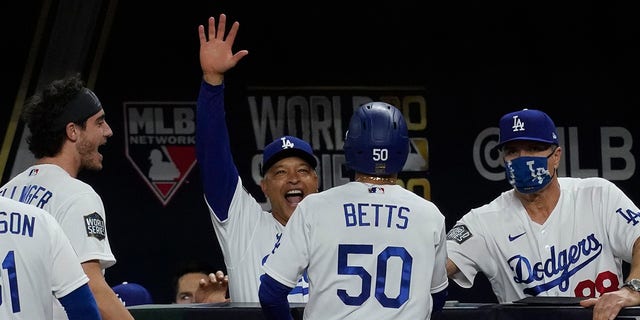 Analytics and the over-use of available information have been used to make or break teams and in this scenario, it appeared that it broke the Rays and gave the Dodgers an opportunity to get back into and eventually win the game.

The Rays still do not have a World Series title in their trophy case.

Los Angeles finally gets the criticism of not doing it in October off its back. The Dodgers finished the shortened regular season 43-17 with their eighth consecutive National League West division title.

The Dodgers last won the World Series 32 years ago. They beat the Oakland Athletics in five games and Orel Hershiser was named World Series MVP.

LeBron James: Mookie Betts is worth ‘every single cent’