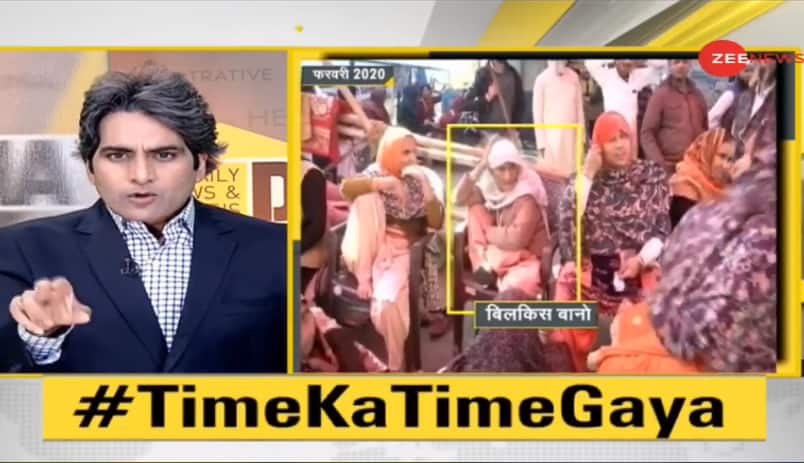 New Delhi: TIME magazine has published a list of 100 most influential people in the world on Wednesday (September 23), featuring Prime Minister Narendra Modi along with others. The list also includes the name of 82-year-old Bilkis, who shot into the limelight during the months-long anti-citizenship law protest in Delhi's Shaheen Bagh.

The magazines' conceited mindset is exposed in what it has written on Prime Minister Narendra Modi. "The key to democracy is not, in fact, free elections. Those only tell who got the most votes. More important is the rights of those who did not vote for the winner. India has been the world’s largest democracy for more than seven decades. Its population of 1.3 billion includes Christians, Muslims, Sikhs, Buddhists, Jains, and other religious sects. All have abided in India, which the Dalai Lama (who has spent most of his life in refuge there) has lauded as an example of harmony and stability," wrote Karl Vick, who is TIME's editor.

Karl Vick further adds, "Narendra Modi has brought all that into doubt. Though almost all of India’s Prime Ministers have come from the nearly 80% of the population that is Hindu, only Modi has governed as if no one else matters. First elected on a populist promise of empowerment, his Hindu-­nationalist Bharatiya Janata Party rejected not only elitism but also pluralism, specifically targeting India’s Muslims. The crucible of the pandemic became a pretense for stifling dissent. And the world’s most vibrant democracy fell deeper into shadow."

These sentences clearly state the anti-India mindset of the Western media, knowing well that India is the largest democracy in the world where elections occur every five years and the country’s Parliament had passed the Citizenship Amendment Act. The rumours and fake news spread against this law that Muslims would lose their citizenship under this new law led to a months-long protest in Delhi's Shaheen Bagh that culminated into Delhi riots.

The planning of the Delhi riots was made during the anti-CAA protests has now been revealed and the charge sheet has been filed revealing the larger conspiracy. Time magazine, however, deliberately ignored the democratic process of India and gave importance to 500 people sitting on an illegal dharna.

The DNA analysis will expose the agenda of Time magazine, which on its 2012 edition's cover page had written – Modi Means Business. It also wrote – But Can He Lead India? to create confusion in people's minds. Narendra Modi was then the Chief Minister of Gujarat, and discussions were about him becoming the Prime Minister. Time magazine had then tried to question Narendra Modi's ability to become Prime Minister.

In the year 2015, the magazine's cover story page once wrote – Why Modi Matters, when the Narendra Modi government completed its first year. Notably, below this headline, it questioned-Can He Deliver? Once again, the magazine tried to create doubt in people's minds. Such questions were raised against PM Modi, who got the mandate of people in general elections after remaining a successful Chief Minister of Gujarat for 12 years.

During the 2019 Lok Sabha elections, the magazine once again published a cover story on PM Modi with the headline 'India's Divider in Chief', and below the cover title, it wrote -Modi The Reformer. The magazine's conceited mindset was explained through its cover title, but it was unable to ignore PM Modi's massive popularity.

In the latest issue, the magazine has once again pointed out that winning elections in a democracy is not enough and added that most of the Indian prime ministers were Hindus while ignoring the fact that in the 200-year history of the United States, there has not been any non-Christian President.

Anti-India thinking is not new to Time magazine, rather it is a part of its hidden agenda against India. To understand it better, you should read what it has written about 82-year-old Bilkis. "She had been sitting there ever since Indian Prime Minister Narendra Modi’s government passed the Citizenship Amendment Act, which could block Muslims from citizenship in the country, in December, and she continued through the cold winter," the TIME quoted a journalist as saying.

Bilkis shot into the limelight during the months-long anti-citizenship law protest in Delhi's Shaheen Bagh. During the protest, which began in December 2019, she sat under a tent with hundreds of women and children. She emerged as the face of the protest against the Citizenship Amendment Act and the proposed National Register of Citizens.

A Republican inquiry into Hunter Biden and Ukraine finds no evidence of wrongdoing by his father.